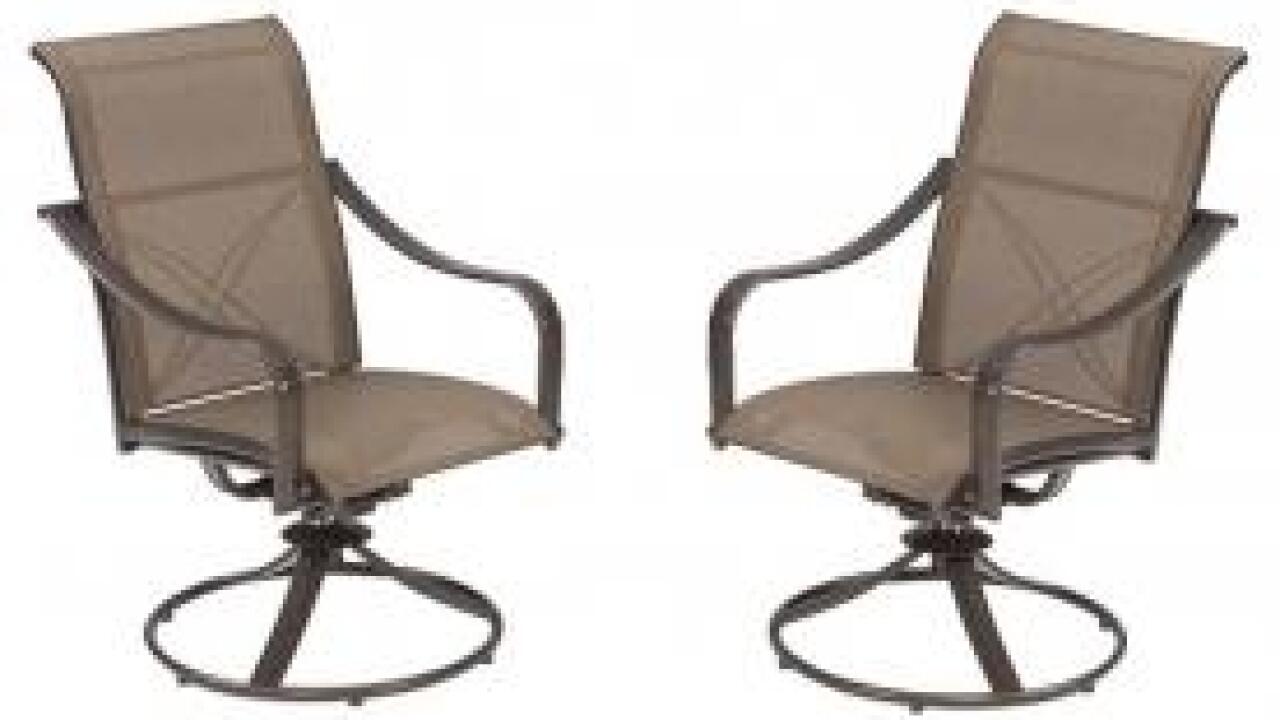 Casual Living Worldwide has issued a recall on swivel patio chairs due to a fall hazard. The base of the chairs can break during normal use.

The chairs were sold exclusively at Home Depot stores nationwide and online between January 2007 to February 2016 for about $190 for a two-piece patio set and $500 for a seven-piece set.

The manufacturer has received about 25 reports of falls as a result of the chairs breaking, causing bruising and scrapes.

Anyone who has purchased the recalled chairs should stop using them immediately and contact Casual Living Worldwide for a free repair kit.