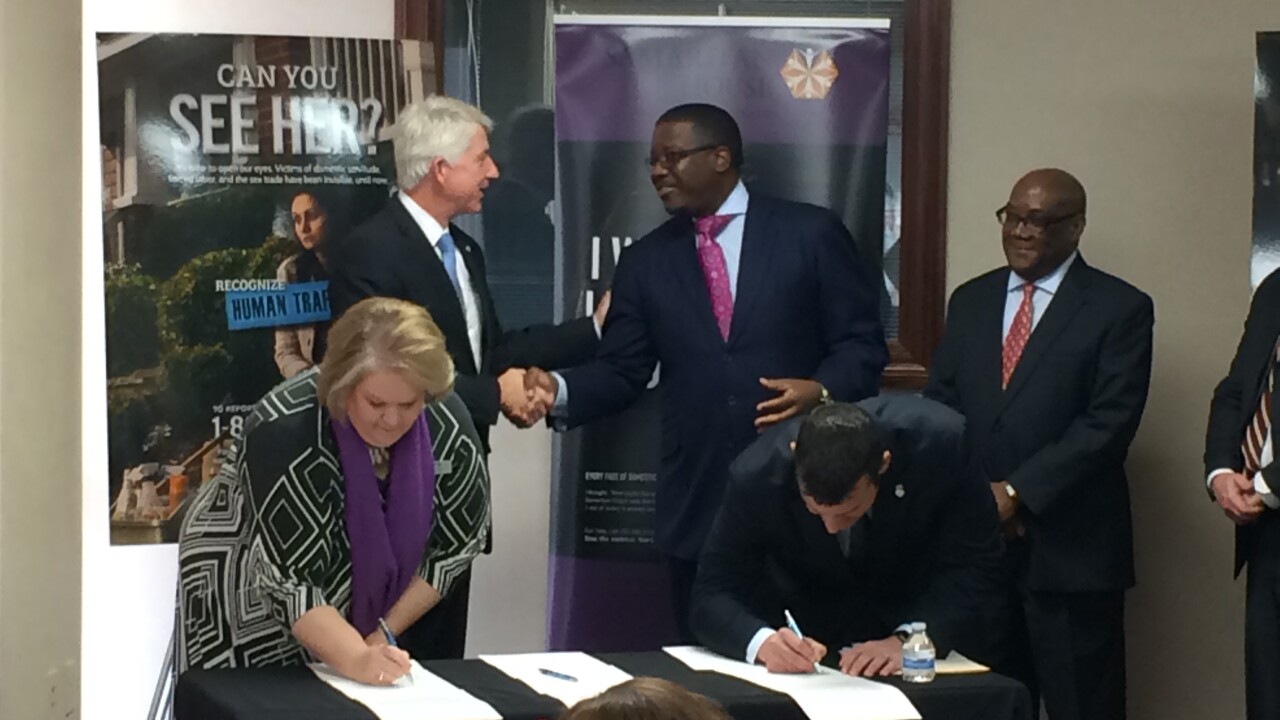 The Task Force signed an order pledging their efforts to a victim-centered approach when it comes to trafficking of men, women and children.

Attorney General Mark Herring said trafficking and sex trafficking is more prevalent than we realize and many victims live in plain sight, but are never seen. After speaking to victims, Herring said, “it is dehumanizing and many times it robs people of their identity and their childhood. Sometimes the victims themselves don’t even know they’re the victim of a crime.”

The Task Force has established a sub-committee which will meet quarterly. Local law enforcement will be in communication on an ‘as-needed’ basis which could be daily.