Cambodia cuisine: What it’s like to cook and eat a tarantula 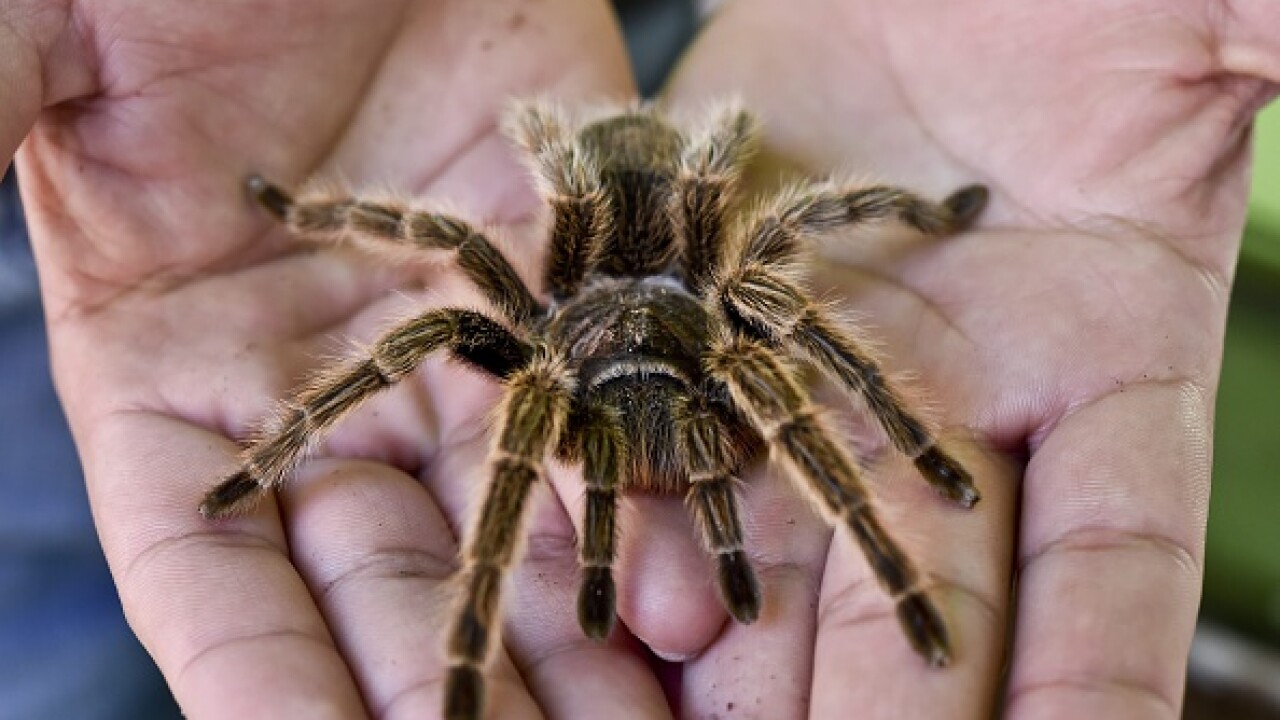 The giant tarantula dangling from my mouth might be dead, but it’s still terrifying.

Objectively, it doesn’t taste too bad — similar in style to crab.

However given that scientists say flavor is influenced significantly by the way food appears and smells, it should come as little surprise my mind’s made up the moment I look at this hairy beast.

It matters not that I fried the tarantula myself in traditional style under the guidance of an expert spider cook in the northwestern Cambodian town of Siem Reap.

The scent and taste of garlic just can’t overcome the nightmarish appearance of my snack.

A cuisine born out of necessity

In some parts of Asia cooked insects are sold in busy tourist areas to travelers who want a quirky photo op — they pose for a pic eating a beetle or grasshopper and the image becomes an Instagrammable souvenir of their adventure.

But often the majority of locals don’t actually like to eat those insects — it’s just a ruse to make money from tourists.

That’s not the case with tarantulas in Cambodia.

These arachnids are such a delicacy that large ones can sell for up to $1 each, a hefty sum in a country where minimum wage is about $6 a day.

He assures me, via English-speaking guide Yin Lucky, that Cambodians really do love to eat spiders.

“Some days I can sell dozens,” he says as he opens up a plastic bag stacked to the brim with tarantulas.

“They are delicious — a perfect snack with some cold beer or rice wine. But they are very expensive so people only eat them for a special event, maybe a birthday party and everyone has one or two.”

Where some of the world’s delicacies, like caviar or truffles, are almost exclusively the food of the rich and powerful, tarantulas entered the Cambodian diet out of necessity.

Yin explains that poverty and hunger became so dire during the bloody reign of the Khmer Rouge, the radical communist movement that ruled Cambodia in the 1970s, that people ate any living creature they could catch.

Some of these creatures actually tasted good — like tarantulas, scorpions, silkworms and grasshoppers — so they remained part of Cambodian diets after the famine ended.

How to cook a hairy spider

The tarantulas Ouch sells mostly come from Kampong Cham, a province more than 200 kilometers southeast of Siem Reap, where men spend their days hunting the landscape for tarantula nests.

Once they find one they kill the spiders inside by stabbing into the burrow with a stick or filling it with hot water.

Most of these spiders end up in a wok — just like the one Ouch presides over.

Classes can be booked through Backstreet Academy, a travel company that connects tourists with local hosts in 11 Asian countries, allowing travelers to have unique experiences.

Unique is certainly the best way to describe my time with Ouch, working in a wood-fired kitchen in an open tin hut in a back alley of Siem Reap.

First, I choose three particularly plump tarantulas, wincing as I slide my hand into a bag filled with these eight-legged monsters.

Then I drop them into a bowl of milky-looking liquid — a mixture of sugar, salt, light seasoning, chicken power and water.

Once the spiders are well soaked I pick them up by hand and place them in a frying basket.

Ouch stresses they should be in the wok’s boiling oil for no more than 45 seconds.

“That makes them crispy outside, soft inside,” he tells me.

I’m hoping the oil will scald them so severely they re-emerge looking a bit more appetizing.

When I lift the basket the appearance of the tarantulas hasn’t changed, save for a few singed hairs.

Ouch hands one to me, making a gesture to eat it, and I try not to recoil. He and Yin are so pleased with the freshly fried tarantulas that I dare not spoil the mood.

As I hold the tarantula in front of my face I decide its legs, thin and crunchy, look the least unappealing.

“Eat the body first that is the best, it has more taste, the legs are not so good,” he says.

Seconds later, my teeth crush its abdomen and tarantula innards explode into my mouth.

“Crab, crab, crab, it tastes like crab,” I repeat in my mind.

If only I hadn’t looked at the spider first.

How to book: The tarantula cooking workshop in downtown Siem Reap takes place seven days a week between 9:00 a.m. and 4:00 p.m. It costs $22 person, with each lesson taking about 90 minutes. For more info visit the Backstreet Academy website.