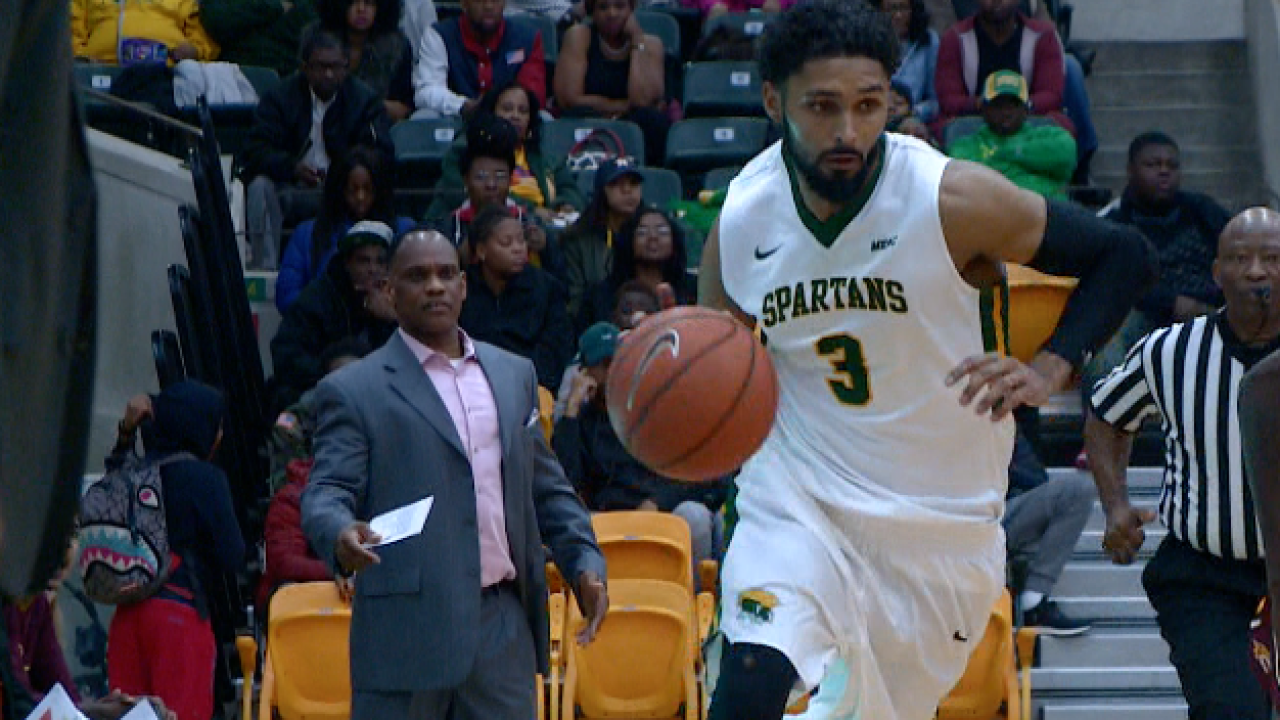 Wade scores right before the buzzer.

Wade led the Spartans to a pair of conference wins last week. He averaged 27.0 points, 7.5 rebounds, 2.5 assists and 2.0 steals in those two games while shooting 68 percent from the field.

He led the Spartans to second-half comebacks after NSU trailed at the half in both games.

Wade drives to the hoop in the 2nd half vs. Bethune-Cookman.

On the season, the Panama City, Fla., native leads the MEAC in scoring at 19.9 points per game. He is also averaging 5.6 rebounds and 1.9 assists per game while shooting 51 percent overall and 40 percent from 3-point range.

It marked NSU’s second player of the week award this year following Zaynah Robinson in the first week of the season. Bakari Copeland of Maryland Eastern Shore was also named MEAC co-Player of the Week on Monday in addition to Wade.

The Spartans host North Carolina A&T tonight at 8 p.m. for Greek Night before hitting the road for a weekend at South Carolina State and Savannah State.