Mary Tyler Moore has died at the age of 80 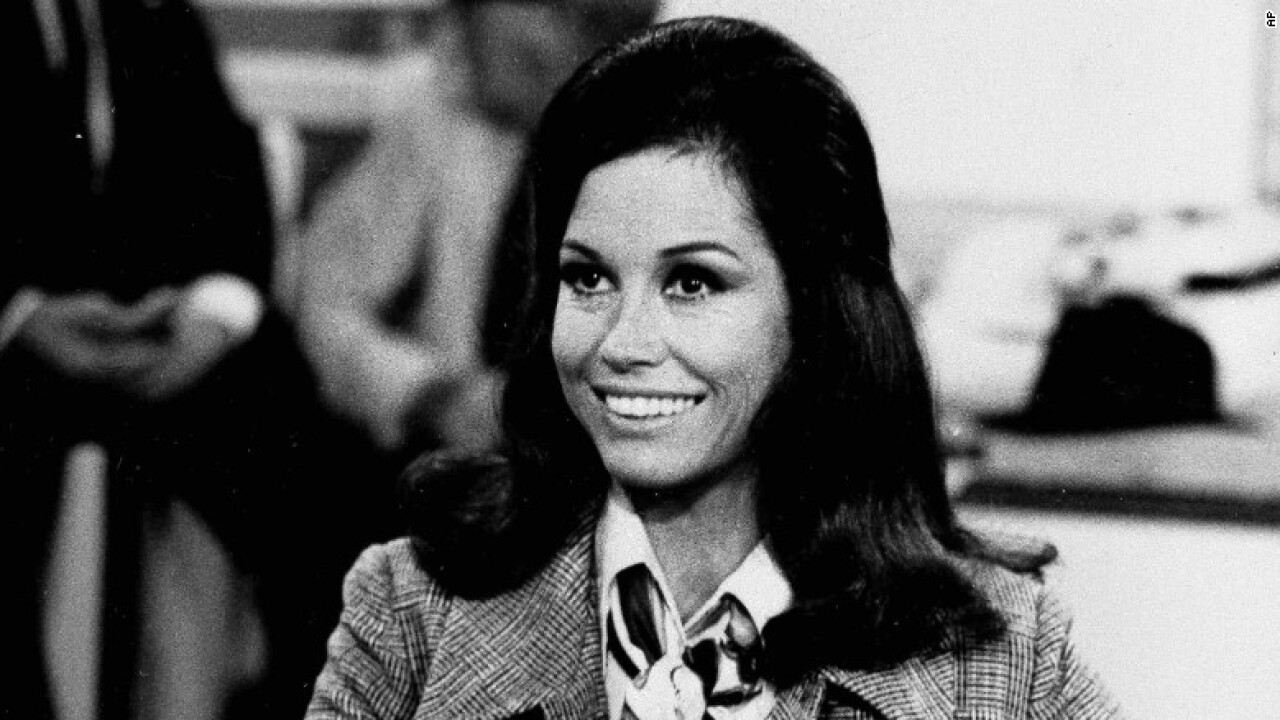 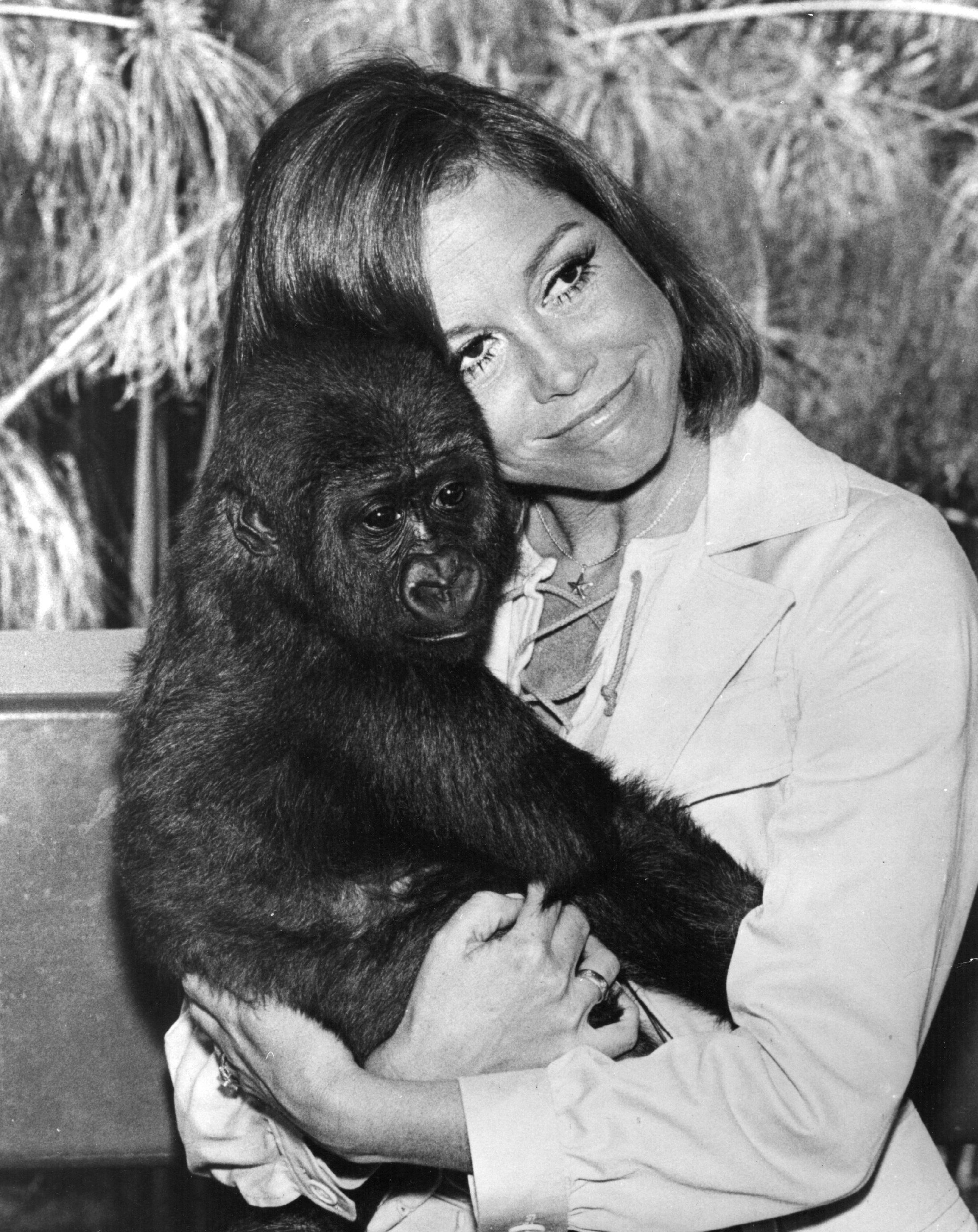 “Today beloved icon Mary Tyler Moore passed away at the age of 80 in the company of friends and her loving husband of over 33 years, Dr. S. Robert Levine,” she said. “A groundbreaking actress, producer, and passionate advocate for the Juvenile Diabetes Research Foundation, Mary will be remembered as a fearless visionary who turned the world on with her smile.”

“The Mary Tyler Moore Show” debuted in 1970 and starred the actress as Mary Richards, a single 30-something career woman at a Minneapolis TV station. The series was hailed by feminists and fans alike as the first modern woman’s sitcom.

But that wasn’t the role which catapulted her into stardom. Moore first found fame playing Laura Petrie, the wife on the “The Dick Van Dyke Show,” which ran for five seasons beginning in 1961.

In an interview with Conan O’Brien, show creator Carl Reiner said he auditioned more than two dozen actresses before Moore’s reading marked her as the only one who could play Laura.

“I grabbed the top of her head and I said ‘Come with me,'” Reiner told O’Brien. “I walked her down the hall to [Show producer Sheldon Leonard] and said ‘I found her!'”

Hollywood mourned her loss on Wednesday.

“My heart goes out to you and your family. Know that I love you and believe in your strength,” said former costar Ed Asner on Twitter.

“Mary Tyler Moore changed the world for all women. I send my love to her family,” tweeted Ellen DeGeneres.

Moore was born in 1936 in Brooklyn, New York, to clerk George Tyler Moore and his wife, Marjorie.

When she was still a young girl the family, which included her two younger siblings, moved to Los Angeles. Moore would later reveal that her mother was an alcoholic which caused the household to be chaotic.

Moore began her career as a dancer and in the 1950s landed a gig as dancing elf Happy Hotpoint, on a series of Hotpoint appliances TV commercials which ran during “The Adventures of Ozzie and Harriet” television show.

Her dancer legs led to her being cast as Sam, the sexy answering service girl, on the TV show “Richard Diamond, Private Detective “in 1957. In the role, Moore’s legs were shown, but never her face.

Fans would come to love that face on “The Dick Van Dyke Show,” and Moore quickly was dubbed America’s sweetheart.

The role earned her two Emmys.

After that show ended in 1966 Moore looked to working more on the big screen, including opposite Elvis in the 1969 film “Change of Habit.”

The next year “The Mary Tyler Moore Show” premiered. The opening sequence, featuring Moore twirling and tossing her cap, became iconic. The show ended in 1977, but spurred several spin offs including “Rhoda,” and “The Lou Grant Show.”

In a 2002 interview with CNN’s Larry King, Moore explained why she believed the series became so popular.

“I think I can take responsibility for that in that I was the audience,” she said. “I was the voice of sanity around whom all these crazies did their dance. And I reacted in the same way that a member of the audience would have reacted.”

In real life Moore was not a single woman. In 1955 she married Richard Carleton Meeker and the following year gave birth to their son, Richard Jr.

The couple divorced in 1961 and the following year she married CBS executive, Grant Tinker.

While their union didn’t produce any children, it did give birth to television production company MTM Enterprises, which produced “The Mary Tyler Moore Show” as well as such acclaimed series as “The Bob Newhart Show,” “Hill Street Blues” and “St. Elsewhere.”

Moore and Tinker divorced in 1981, a year after her son was died after accidentally shooting himself while handling a shotgun.

She said problems with alcohol helped to contribute to the demise of her marriage to Tinker.

“We would have inane arguments over dinner about things I couldn’t remember the next day,” Moore told the National Ledger. “Alcoholism brings to the fore hostilities and resentment — you can’t have a marriage like that.”

Love again, and an Oscar nod

While she was beloved as a comedic actress, she also found success in dramas.

Critics praised her against-type performance as a chilly mother whose family grapples with the accidental death of a son in Robert Redford’s 1980 film “Ordinary People,” for which Moore was nominated for an Oscar.

She also worked in theater and periodically appeared on TV shows in recent years, including “Hot in Cleveland,” where she was reunited with “Mary Tyler Moore Show” costars Betty White and Valerie Harper.

Moore was diagnosed with Type 1 diabetes in her 30s and had numerous health issues over the years, including complications from that disease and brain surgery to remove a meningioma tumor in 2011.