Scientists planning their own march in Washington 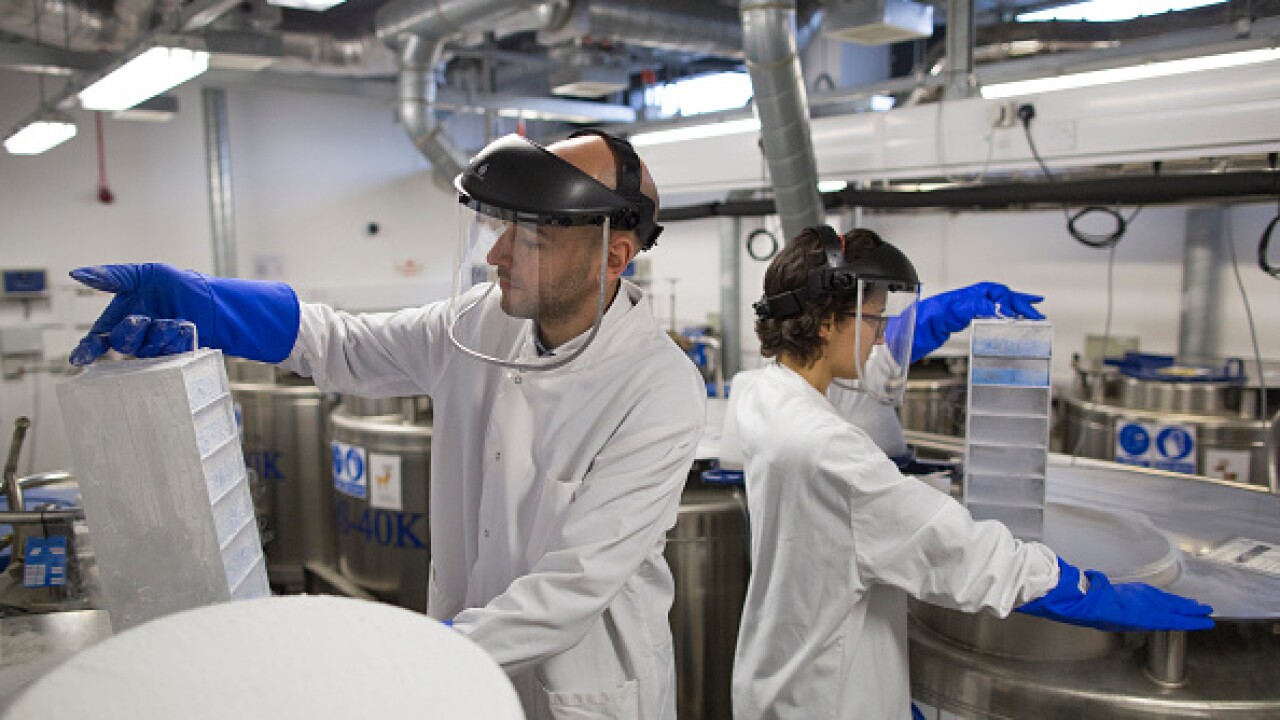 CAMBRIDGE, UNITED KINGDOM – DECEMBER 09: Scientist remove biological samples from a liquid nitrogen storage tank at the Cancer Research UK Cambridge Institute on December 9, 2014 in Cambridge, England. Healthy and cancerous biological samples are stored at -196 degrees to preserve them for use laboratory tests and experiments. Cancer Research UK is the world’s leading cancer charity dedicated to saving lives through research. Its vision is to bring forward the day when all cancers are cured. They have saved millions of lives by discovering new ways to prevent, diagnose and treat cancer, and as such the survival rate in the UK has doubled in the last 40 years. Cancer Research UK funds over 4,000 scientists, doctors and nurses across the UK, more than 33,000 patients who join clinical trials each year and a further 40,000 volunteers that give their time to support the work. (Photo by Dan Kitwood/Getty Images/Cancer Research UK)

As more than a million women and their allies were making final plans for marches in Washington and around the world to protest Donald Trump, a commenter posted on a Reddit thread, “There needs to be a Scientists’ March on Washington.”

Other users — who’d been discussing the changing White House website, climate change and energy policy — jumped on the idea.

“I’m a Physics major and he’s a Biology professor. If this gets organized, we will march!” one user responded.

“I’m an artist but passionate about science. I’ll march too!” another said. Within hours, a Facebook group was born. A website, a Twitter handle and the beginnings of a plan quickly followed. Now the Facebook group has more than 160,000 members.

“A number of people had the independent idea to have a March for Science on Washington and throughout the country. We all connected through Twitter, as many of these things seem to start!” Caroline Weinberg, a public health scientist and co-organizer of the march, said in an email.

Organizers want the march to be a non-partisan protest that addresses issues including government funding for scientists, transparency, climate change and evolution, according to the website.

“There are certain things that we accept as facts with no alternatives,” according to the site. “The Earth is becoming warmer due to human action. The diversity of life arose by evolution. … An American government that ignores science to pursue ideological agendas endangers the world.”

Organizers are still working out details, including the date of the march, which the site says will aim to be “a starting point to take a stand for science in politics.”

“We are currently crafting a mission statement collaborating with a diverse group of scientists to ensure that our movement is all inclusive,” Weinberg said.