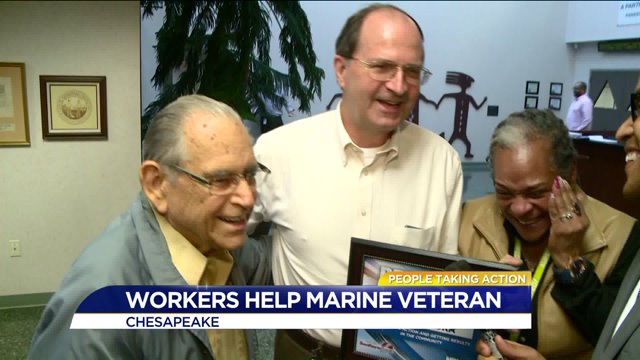 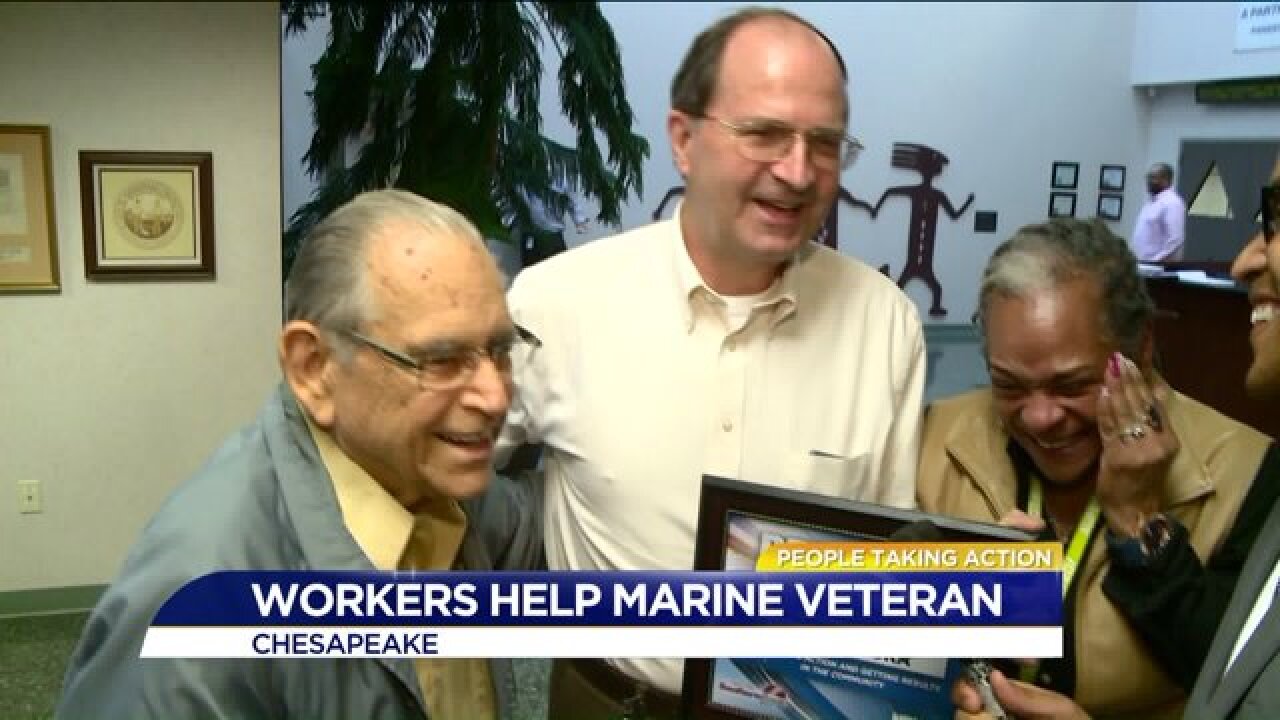 VIRGINIA BEACH, Va. - Eighty-seven-year-old Marvin Frye needed help. He lives in the Windsor Woods neighborhood, a community hit by severe flooding from Hurricane Matthew last year. He had no flood insurance, but he did have a special neighbor, Steve Sluka, who we surprised at his job at the Panasonic Call Center.

Sluka was eager to take action for the Marine Corps veteran, "I got virtually no damage and Marvin lost almost everything so we had to help."

Marvin says he didn't know what to do after his home was flooded and was so grateful for Sluka, "I'm wiped out by Matthew and he's put it back together again almost 100 percent."

Why was it important for Sluka to take action? "Well I'm a Navy veteran myself."

And he got other veterans at the call center to take action too. It was a lot of work, about a month of repairs. All the flooring had to be removed, drywall and electrical outlets replaced--plus, a great deal of painting.

It meant so much to Marvin, "My gosh! Words just can't express the gratitude that I feel for that! I just can't get over it you know, that somebody would actually do that for me.  So thank you."

But Sluka feels he's just paying Marvin back, "All the time my kids growing up and I was deploying, Marvin was like our adopted grandfather to our kids, cause I wasn't around.  He was---he filled that role very nicely."

While Sluka doesn't want any credit for this effort he organized to help repair Marvin's home, his co-workers, like Rita Brown, believe he's so deserving.

"You don't have to ask, he just knows you need something done and he just automatically does it. And he will look for whoever can help him and he'll find people to help, and he does whatever you need and I love him."

For those reasons, we gave Sluka a People Taking Action award, along with a $300 Visa gift card from our community partner Southern Bank.

Brown believes he's earned this. "I've been here, it'll be 20 years in August, and he's always applauding us and I just want to applaud him."