Husband gives his wife a kidney for their 20th wedding anniversary 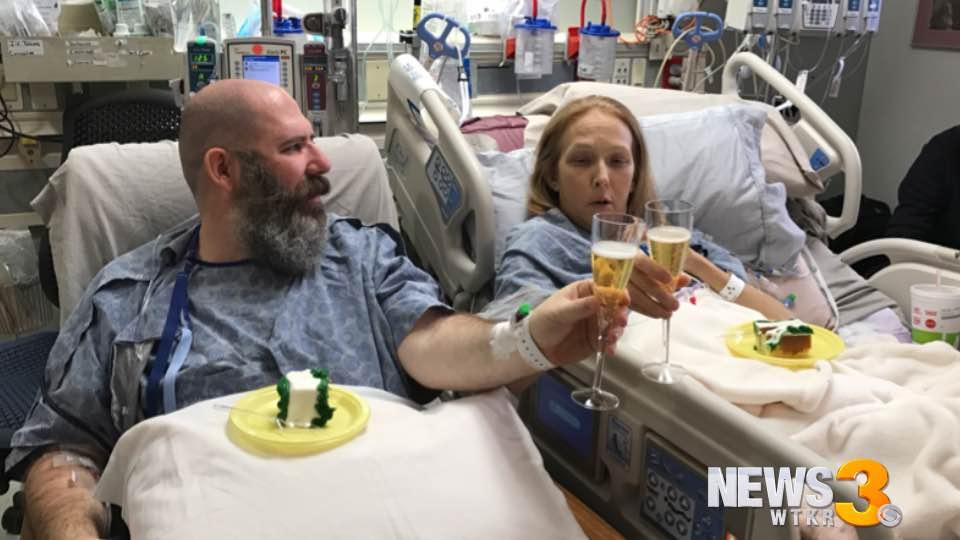 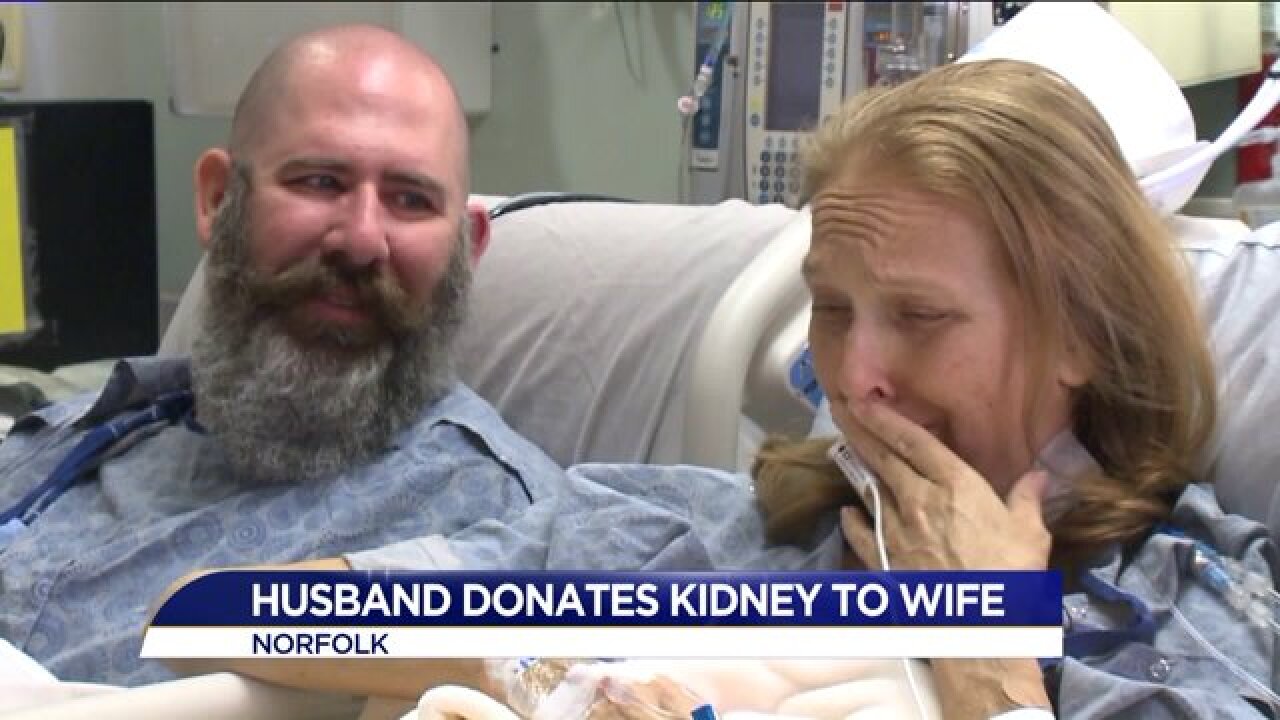 SUFFOLK, Va. - A husband gives his wife a priceless anniversary gift...his kidney. Cindy and Scott Chafian are celebrating their 20th wedding anniversary in the ICU of Sentara Norfolk General Hospital.

Cindy has polycystic kidney disease and was diagnosed in her 20s. It's a disease where excessive cyst growth will shut down her kidneys. Cindy has been on dialysis for two years. When her health started deteriorating, Scott got tested and found out he was a match.

"I would say if I was able to get dinner on the table for my family that was a good day," said Cindy.

That's changing now. On Tuesday, surgeons brought the couple into the operating room so Scott could donate his kidney to Cindy. The surgery took more than four hours. News 3's Kim Cung caught up with the couple the day after their surgery.

"Just the difference already, just the light she's got back in her eyes. I don't even have words for it," said Scott.

"Aside from what pain I have, I feel better already and we're just one day in. so I am extremely optimistic this is going to be an amazing outcome. So I'm excited," said Cindy.

While the Chafians didn't plan their anniversary celebration years in advance, they are happy to be in the hospital.

"The surgery went well, the staff has been absolutely phenomenal. We're both feeling good," said Scott.

"I can't think of any better place to be right now. If I had the choice to be here or in the Bahamas, I'd totally be here," said Cindy with a laugh.

Now, Cindy is looking forward to a new life and being a mom and wife again. She and her husband say she's missed out on a lot of things, including their kids' activities.

"There’s nothing more valuable than life. And being able to live it. Not exist, to live and I really feel like that’s what my future is now. And I’ll take that over a diamond any day. But I do like diamonds, don’t get me wrong," said Cindy.

To help pay for Cindy's lifesaving surgery, the Chafians set up a GoFundMe page. Looking forward the Chafians are hoping to raise awareness about living donors and share how well it worked for them.