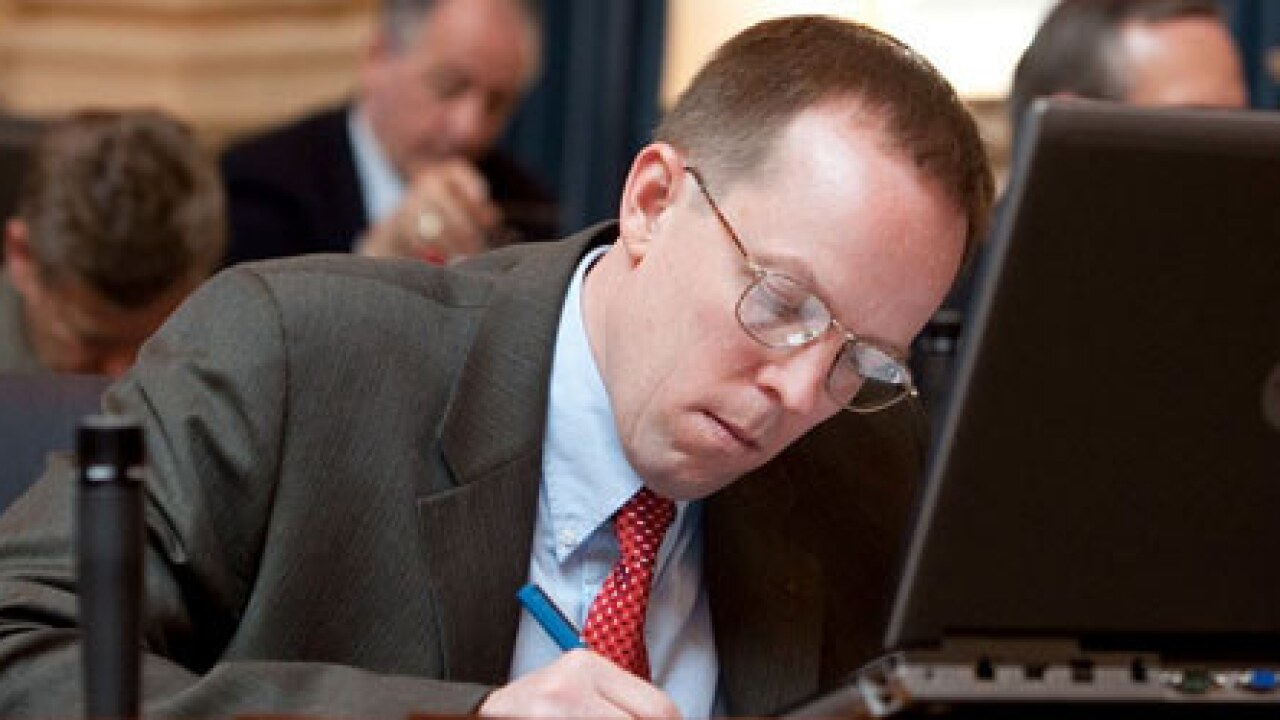 Del. Bell presents HB 1578 to the House Committee on Education

RICHMOND – The Virginia House of Delegates approved a bill Tuesday that would allow home-schooled students to participate in high school sports and other extracurricular activities.

HB 1578, commonly known as the “Tebow Bill” after former NFL quarterback Tim Tebow, passed by a 60-38 vote on the House floor Tuesday. The bill will now move to the Senate for consideration.

The proposal, introduced by Del. Rob Bell, R-Charlottesville, would eliminate a statewide ban prohibiting home-schooled students from participating in high school athletics and other interscholastic activities.

Bell has introduced similar legislation, which is based on laws from other states, perennially since 2005. In 2015 and 2016, Bell’s legislation passed both the House and Senate but was ultimately vetoed by Gov. Terry McAuliffe.

Opponents say home-schoolers don’t have to meet the same academic standards as public school students, so it wouldn’t be right to let them play alongside regular students in high school sports.

“Opening participation in those competitions to individuals who are not required to satisfy the same criteria upends Virginia’s extracurricular framework and codifies academic inequality in interscholastic competition,” the governor wrote in his veto message.

Bell counters that this is not the case with his latest iteration of the bill.

Under the legislation, students who want to participate in their local high school’s athletic programs would have to pass standardized tests and demonstrate “evidence of progress” in their academic curriculum for at least two years. Bell said the home-schoolers also would have to meet the same immunization standards as their public school counterparts.

Del. Delores McQuinn, D-Richmond, shared her concerns about the bill on the House floor Tuesday.

“As a former school board member and parent of a child who spent a significant number of years in private school, I’m always hesitant to see us move in this direction,” McQuinn said.

“Take my nephew, for instance. As a star basketball player, he says he has sacrificed and put many years and extraordinary determination into reaching his current playing level. Yet if a home-schooling (student) is granted the same exposure and resources, it goes without saying that they reap the same benefit after investing a highly disproportionate amount of time.”

Bell argued that his bill simply allows home-schooled students who might not fit the typical public school mold the same freedoms as all other students.

“If you are a parent and your kid doesn’t fit into the public school curriculum right now, you can go private or you can go home-schooling – except many places, including a county I represent, have very limited private school options,” Bell said. “Yet we’re forcing parents to say, ‘You can have football, or you can have the education that you want.’”

McQuinn said the bill was not a matter of equality, but rather the opposite.

“What message does this send to public school parents and students?” she asked. “One of fairness or favorability? While public schools present their own unique challenges, some more difficult than others, I believe the passing of this bill would add another dimension of complication to the public school system.”

Bell said that was not the case. Under the legislation, the decision to allow home-schoolers to participate in high school sports would come down to the local school district. Each individual school board would be able to decide for itself.

McQuinn countered that allowing the localities to decide brings its own set of problems.

“There are implications with making this a local school board issue as well,” she said. “If a school division allows home-schooled students and another does not, there would be cases where teams would have to make a decision to forfeit a game. This kind of policy breeds division, brings fairness into question and creates inconsistencies across individual schools.”