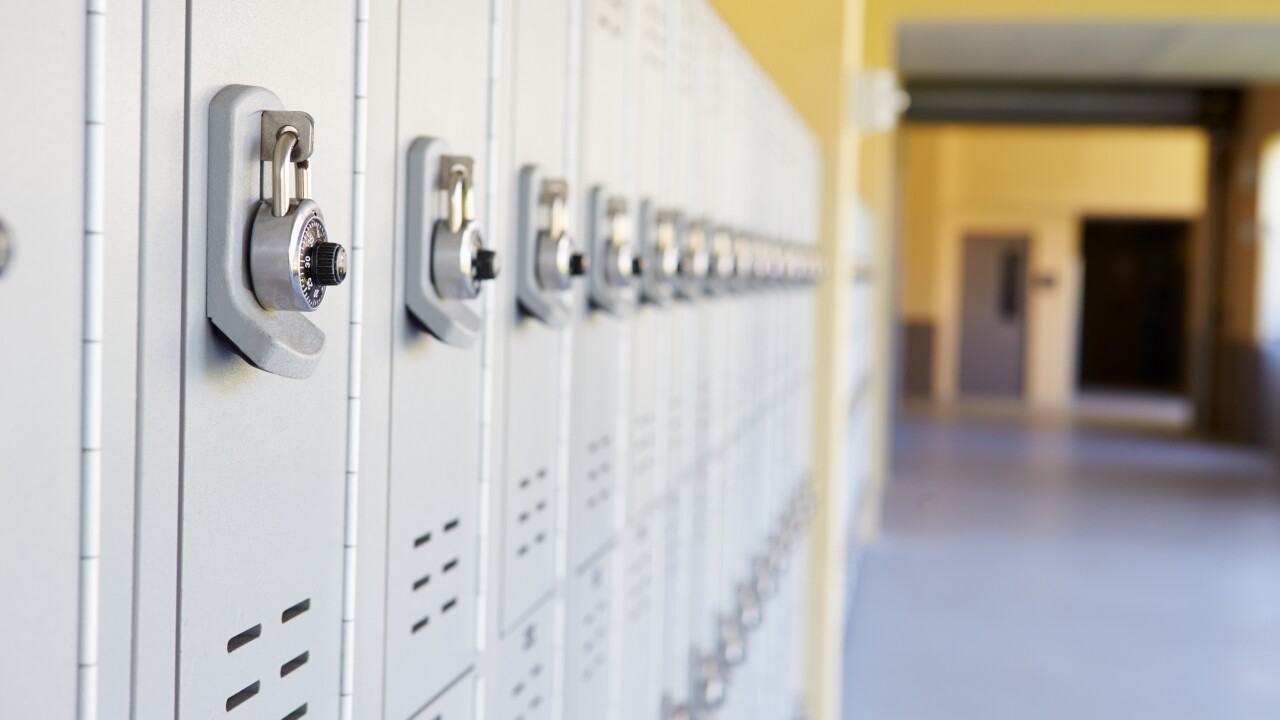 Close Up Of Student Lockers In High School Corridor

RICHMOND – School security officers could carry firearms in schools under a bill passed Tuesday by the House of Delegates.

The GOP-controlled House voted 78 to 19, with several Democrats joining Republicans in support, to pass HB 1392. This is the second time in as many years that a version of the bill has made it past the House and into the Senate.

The bill, introduced by Del. Scott Lingamfelter, R-Woodbridge, would allow school districts across the commonwealth to employ security officers to carry firearms in school if they meet requirements spelled out in the bill.

According to those requirements:

The bill would also require the DCJS to develop firearms training and certification requirements for school security officers who intend to carry a firearm.

In a statement, Lingamfelter said that he was happy that his bill had passed with bipartisan support. He called it “a common-sense measure to protect our children and teachers from the unthinkable.”

The bill faces another round of hearings in the Senate, which approved the measure last year and has enough Republican votes to pass it on to McAuliffe.

In vetoing similar legislation last April, McAuliffe said he feared that school security officers “do not receive training regarding firearms or the appropriate use of force with juveniles.”

“Allowing additional firearms in schools without appropriate training would create an environment that is less, rather than more, secure,” the governor wrote.