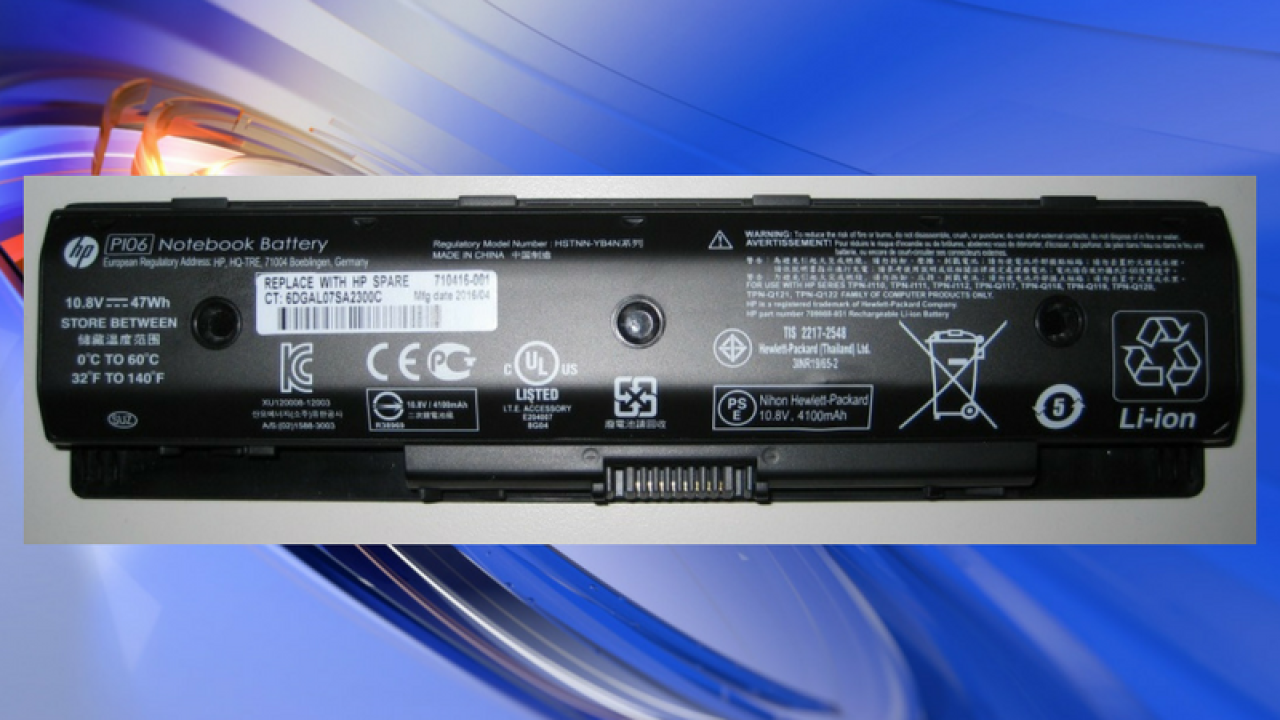 The recall for batteries of HP and Compaq notebook computers has been expanded, according to the United States Consumer Product Safety Commission.

The lithium-ion batteries used in the computers may overheat, posing fire and burn hazards.

The batteries were shipped with notebook computers sold between March 2013 and October 2016 and measure about 8 to 10.5 inches long, 2 inches wide and about 1 inch high.

“HP Notebook Battery” and the model number are printed on the battery. The batteries included in this expanded recall have bar codes starting with: 6BZLU, 6CGFK, 6CGFQ, 6CZMB, 6DEMA, 6DEMH, 6DGAL and 6EBVA.

HP has received an additional report of the battery overheating, melting and charring and causing about $1,000 in property damage.