Minnesota governor due to appear Tuesday after collapse during speech 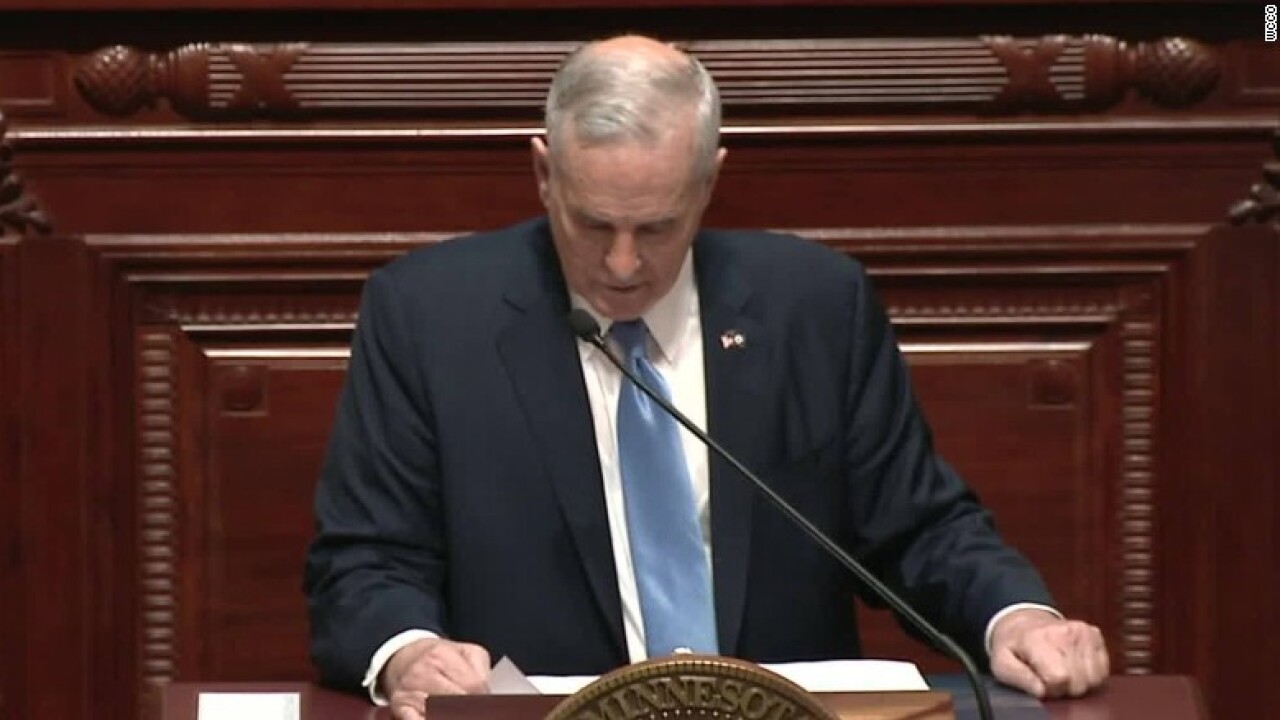 Minnesota Gov. Mark Dayton is still due to deliver his budget proposal Tuesday morning, less than a day after he collapsed during a major annual address.

Dayton is expected to make the presentation at 11:15 a.m. CT, as planned, his chief of state said.

The 69-year-old Democrat had been addressing lawmakers Monday night at the Capitol in St. Paul when he paused for a sip of water.

He briefly resumed speaking — touting the success of the Affordable Care Act and MNSure, the state’s health care marketplace — before he slumped onto the lectern.

The governor’s chief of staff, Jaime Tincher, said in a statement Monday night that Datyon “briefly fainted after speaking for about 40 minutes.”

EMTs performed a routine check of the governor at the Capitol and cleared him to leave, she said.

Patrick Kessler, a reporter for CNN affiliate WCCO, tweeted that Dayton was conscious and “joking with paramedics.”

Dayton “quickly recovered, walked out of the Capitol and returned home” to spend time with his son and grandson, Tincher said.

His son, Eric Dayton, tweeted that the governor was “doing great” and thanked people for their support.

Video of the State of the State event shows Dayton, who turns 70 on Thursday, losing his footing Monday evening as he walked to the lectern to address the joint session of lawmakers.

Officials from both sides of the aisle were quick to offer their support.

“He’s a tough old bird,” state Rep. Melissa Hortman told WCCO. “As everybody in Minnesota knows, he’s a former goalie, so he’s suffered hits before and bounced back.”

“Gov. Dayton is in my thoughts and prayers tonight,” state House Speaker Kurt Daudt said in a statement. “I was encouraged to see him walk from the House chamber on his own, and I join Minnesotans in wishing him a speedy recovery.”