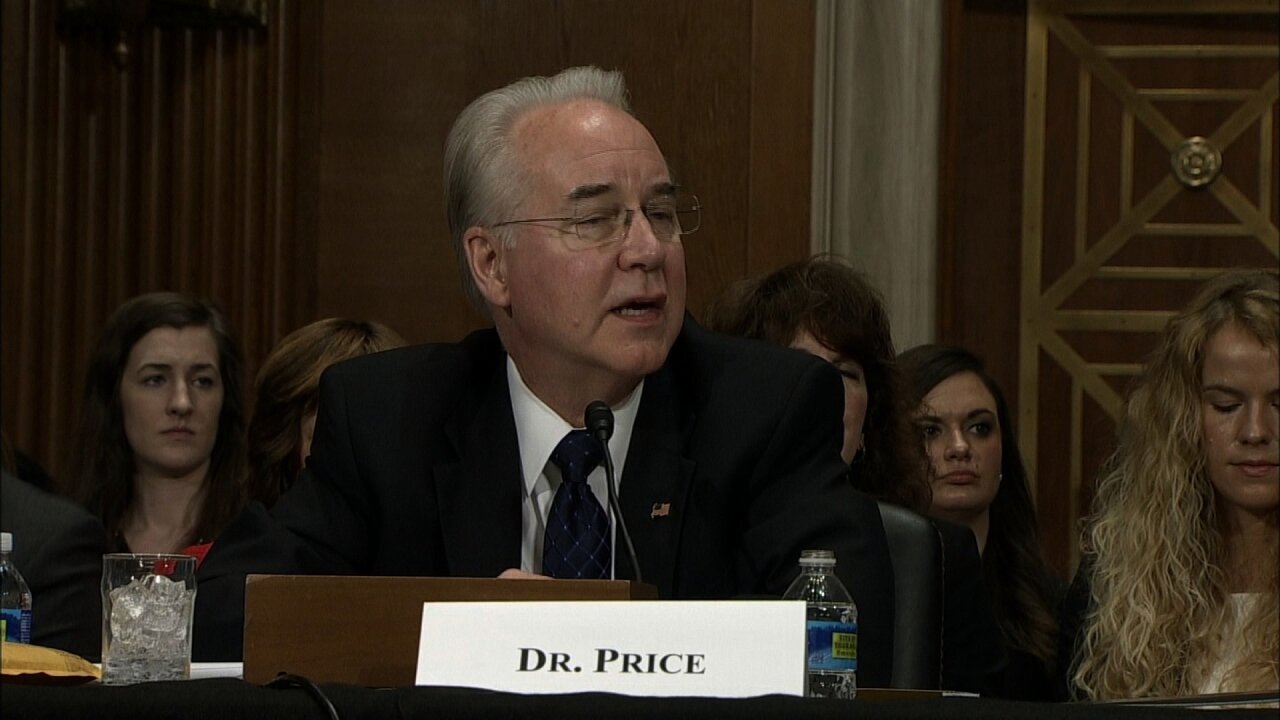 Donald Trump’s nominee to lead the Department of Health and Human Services is back in the spotlight on Tuesday for a second round of grilling — and this time, the stakes are even higher.

Donald Trump’s nominee to lead the Department of Health and Human Services is back in the spotlight on Tuesday for a second round of grilling — and this time, the stakes are even higher.

Republican Rep. Tom Price is facing questions from members of the Senate Finance Committee as he looks to be confirmed as the next HHS secretary, a Cabinet position that would give the congressman a prominent role in the Republican Party’s efforts to overhaul Obamacare.

Price is expected to feel the heat on two issues: his financial investments that have already raised a slew of ethics questions, and his interpretation of an executive order that Trump signed on Friday that seeks to weaken the Affordable Care Act.

An orthopedic surgeon who has been a member of the House of Representatives for 12 years, Price has confronted accusations of investing in companies related to his legislative work in Congress — and in some cases, repealing financial benefits from those investments.

Price has firmly denied any wrongdoing and insists that he has taken steps to avoid any conflicts of interests. But Democrats are sure to keep pressing the issue.

Sen. Ron Wyden, the top Democrat on the panel, had harsh words about Price’s conduct in his opening remarks. Discussing Price’s trades of various healthcare stocks, Wyden said: “It is hard to see this as anything but a conflict of interest and an abuse of position.”

Sen. Orrin Hatch, the top Republican on the committee, kicked off the hearing by accusing his Democratic colleagues of holding up Trump’s nominees.

Hatch said he had “never seen this level of partisan rancor when it comes to dealing with a president from an opposing party.”

Wyden blasted Price’s past proposals for health care, citing the congressman’s budget and Obamacare repeal bills, which he says would hurt seniors by privatizing Medicare and gut Medicaid through block grants. And it would allow insurers to deny policies to sick Americans who didn’t maintain continuous coverage.

Several senators asked Price how he would carry out replacing Obamacare.

One of the top priorities, Price said, is to “lower the temperature” on the debate and let insurers know that “help is on the way.” Concerns are mounting that insurers may be spooked by the divisions over repealing and replacing the health reform law and opt not to participate in the individual market in 2018, potentially leaving millions without coverage.

However, he did not go into detail on how he would protect these patients.

Price was also challenged on changing Medicaid to a block grant system, which Democrats fear would limit how many people could gain coverage under the entitlement program. Price acknowledged it would be up to states to determine whom to cover.

Price testified before the Senate Health Committee last week, but it is the Finance panel that will vote on advancing his nomination to the full Senate.

The timing of his confirmation is critical because Trump has said Republicans will release a plan to repeal and replace the Affordable Care Act as soon as Price is confirmed. GOP lawmakers have begun the legislative process to repeal large portions of Obamacare, but there is not yet clarity on crafting an alternative to the law.

Price, an ardent critic of Obamacare, has released a detailed proposal to overhaul the law. In last week’s hearing, Price was pressed on multiple occasions to clarify Trump’s — as well as his own — intentions on dismantling the health care law.

On Tuesday, Price is likely to be asked to address a sweeping executive order that Trump signed on his first day in office aimed at rolling back Obamacare.

It authorized agencies to “waive, defer, grant exemptions from or delay implementation of any provision or requirement” or Obamacare that imposes a burden “to the maximum extend permitted by the law.” Much of the work in changing those regulations and guidelines will fall on Price and his agency if he is confirmed.

At least one Republican is raising a red flag on Trump’s executive action.

Sen. Susan Collins of Maine told reporters on Monday that the order was “very confusing” and difficult to interpret.

“I think that the executive order is very confusing, we really don’t know yet what the impact will be,” she said.