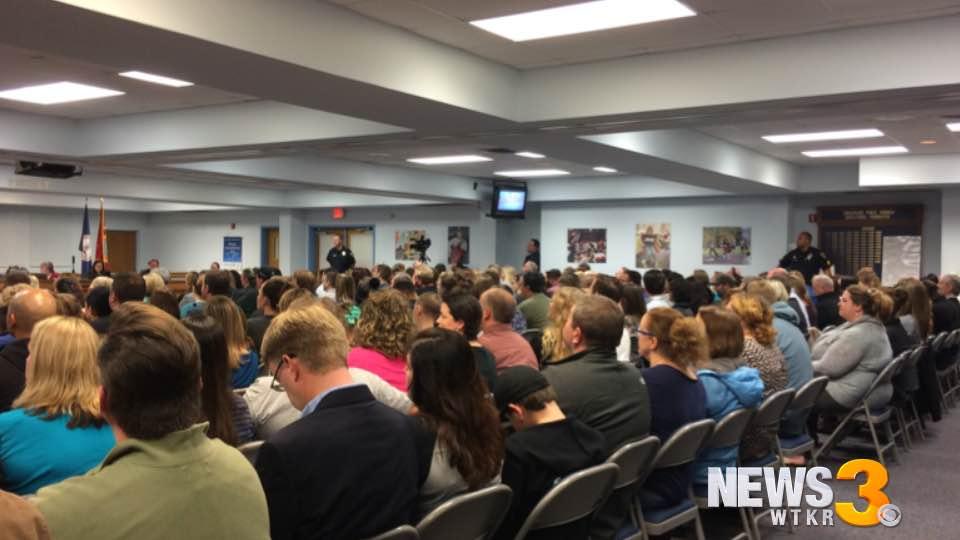 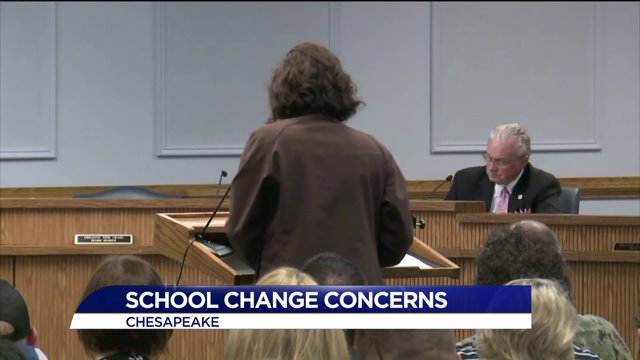 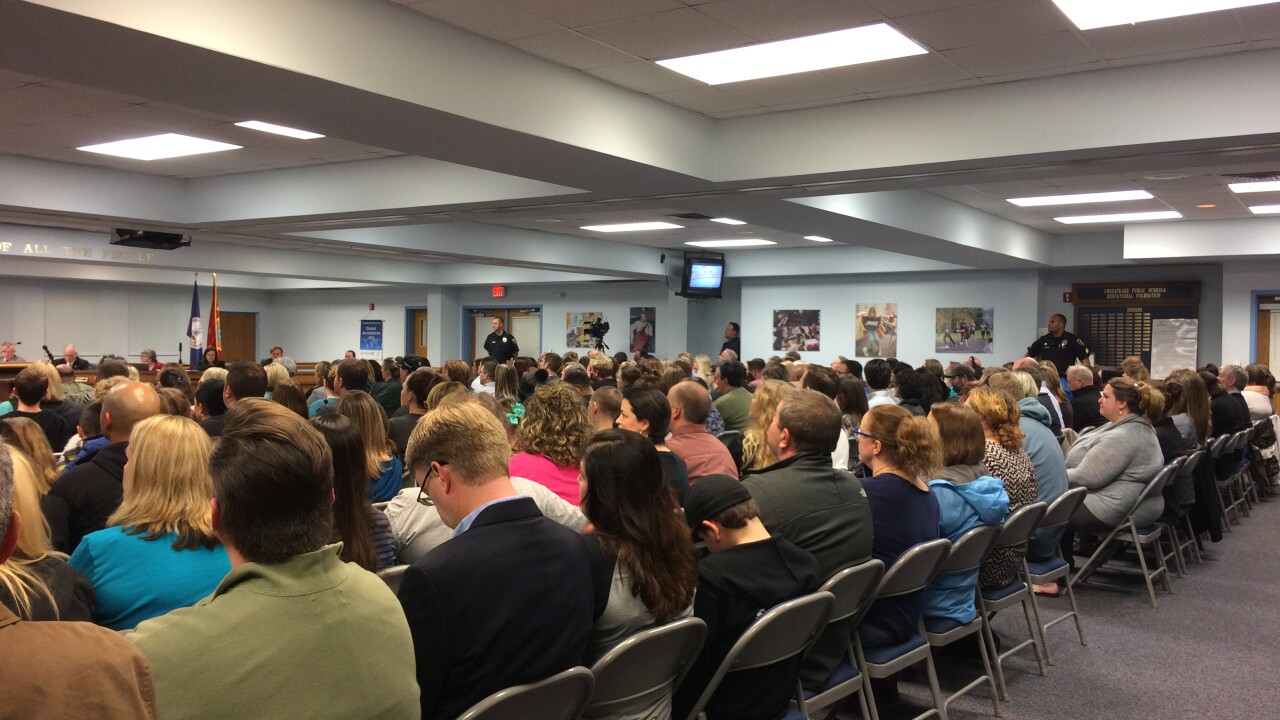 CHESAPEAKE, Va. - Chesapeake families packed the school board meeting and voiced their concerns about a plan to change which schools their kids attend.

50 people signed up to speak at Monday's school board meeting and most of them were against the idea of rezoning for middle schools including Hickory Middle School which is currently more than 124 percent over capacity.

Heather Harris was one of the speakers. She said she wanted to fight for her son Zach who will be at Hickory Middle School in the fall.

"My heart sank for my son Hickory school districts are the best in the region," said Harris about when she found out rezoning was a possibility.

• OPTION A: Reassign a portion of Hickory Middle School to Greenbrier middle School. The portion of the attendance zone is from the Albermarle Chesapeake Canal southward to include Fentress Rd., west to Cooper's Ditch and extending east to include Ravenna East/Stratford Terrace and 600–1649, a block of addresses fronting Mount Pleasant Rd. This would increase Greenbrier's capacity from 66 percent to 89.4 percent while decreasing Hickory's from 124.5 percent to 99.3 percent. This option would create an additional split feeder from Butts Road Primary/Intermediate schools to Hickory and Greenbrier.

• OPTION B: Reassign the portion of the attendance zone directly south of Route 17 Dominion Blvd. S. to Herring Ditch Road and eastward to include Shillelagh Road from Hickory to Hugo Owens. Berkshire Forest and Viridian Reserve students from Hickory will move to Great Bridge. Reassign The portion of the attendance zone east of the Chesapeake Expressway, south of the Albermarle Chesapeake Canal, and west of Cooper's Ditch to include the Bridgefield and Great Bridge Gardens communities from Hickory to Great Bridge to Greenbrier. Once completed Great Bridge will have 110.4% capacity Greenbrier will be at 68.9% Hickory will be at 115% Hugo Owens will be at 93.5%

• OPTION C: The portion of the attendance zone is from the Albermarle Chesapeake Canal southward to include Fentress Rd., west to Cooper's Ditch and extending east to include Ravenna East/Stratford Terrace, Andy 600–1649, a block of addresses fronting Mount Pleasant Rd. from Hickory to Greenbrier. The portion south of Route 17 Dominion Blvd. S to Herring Ditch Road and eastward to include Shillelagh Road will move from Hickory to Hugo Owens. The portion on the northeast side of Moss Grandy Trail, northwest of Route 17 Dominion Blvd. S, west of the southern branch of the Elizabeth River and south of the Deep Creek will move from Hugo Owens to Deep Creek.

"It's an emotional issue. I bought into Hickory into that school district so he could go to Hickory middle school, Hickory high school. I left Virginia Beach and came to Hickory," said Harris.

Not all speakers are against rezoning. Monica Agudelo is a Chesapeake mom and a great Bridge graduate she herself has seen rezoning of schools.

"Let's embrace this rezoning because the potential for good is there, being able to use resources, best use resources to serve the citizens and the students is in our best interest," said Agudelo.

A proposed date for implementing the rezoning options has not been determined yet. There are other options for rezoning that have been explored, but aren't being considered.