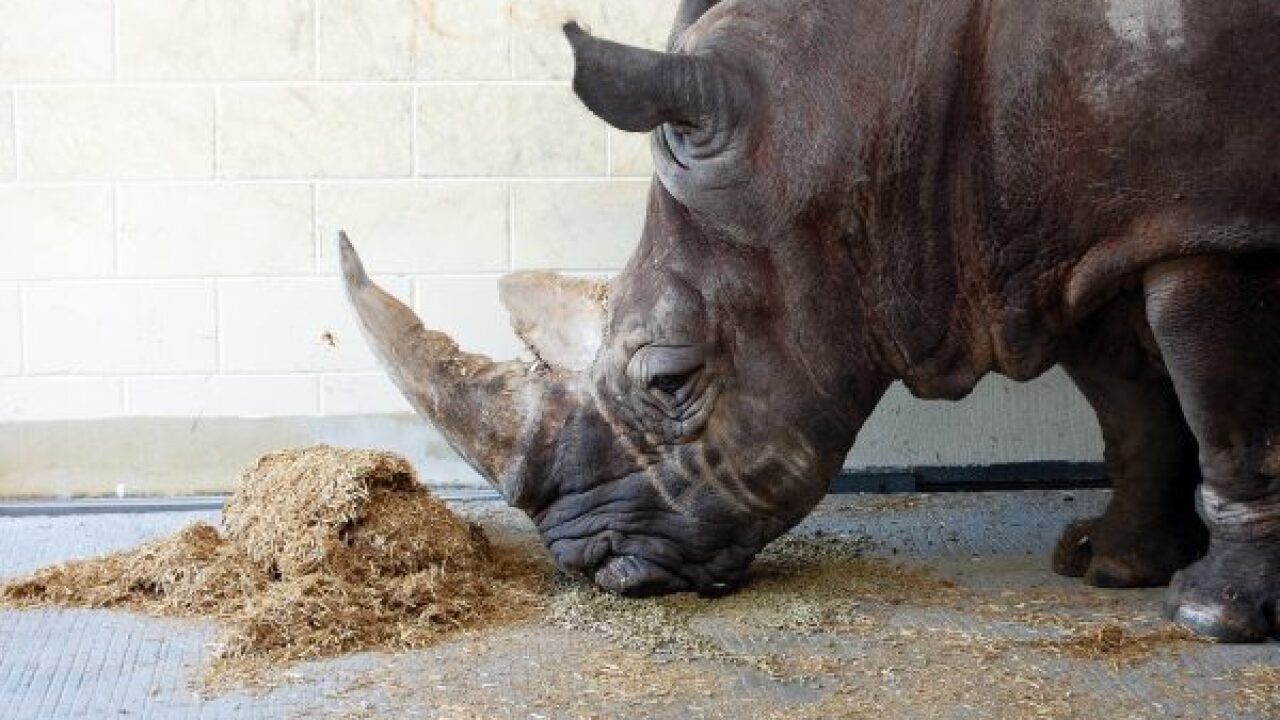 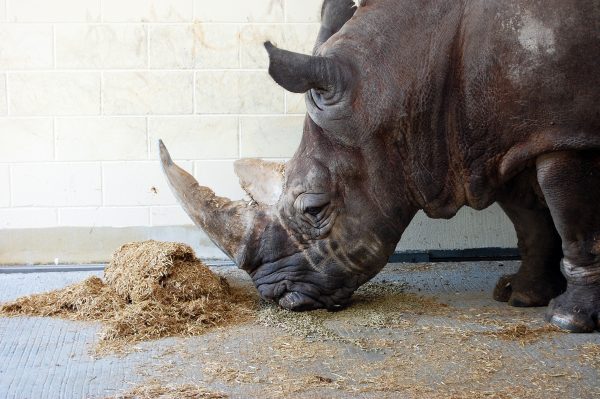 Alfred was born in 1968 and spent the first part of his life at Kings Dominion before moving to The Wilds in Columbus, Ohio. Alfred came to the Virginia Zoo in the late 1990s.

In 2004, he moved into the Africa-Okavango Delta exhibit and shared a habitat with the zoo’s Harmann’s mountain zebras and Watusi cattle.

Alfred had been undergoing hydrotherapy in addition to receiving pain medications and antibiotics for osteoarthritis, a common age-related disease.

“Alfred’s quality of life and welfare have been a top priority of the Zoo’s medical team these last few months,” said Greg Bockheim, Executive Director of the Virginia Zoo. “Ultimately, his recent decline in age-related health problems prompted our animal care staff to make the tremendously difficult decision to peacefully euthanize him,” he said.

Alfred was one of the oldest white rhinos in captivity.

“It is a very hard time for our staff right now as some have worked with and cared for Alfred for more than 15 years,” said Lisa Thompson, the Zoological Manager. “Alfred was an incredible ambassador for white rhinos, helping to educate countless Zoo visitors over the years about their conservation needs. He will be missed greatly by all of us here at the Zoo and in the community,” she said.

There are fewer than 20,000 white rhinos in the world and some scientists predict all rhinos may be extinct within the next 20 years.