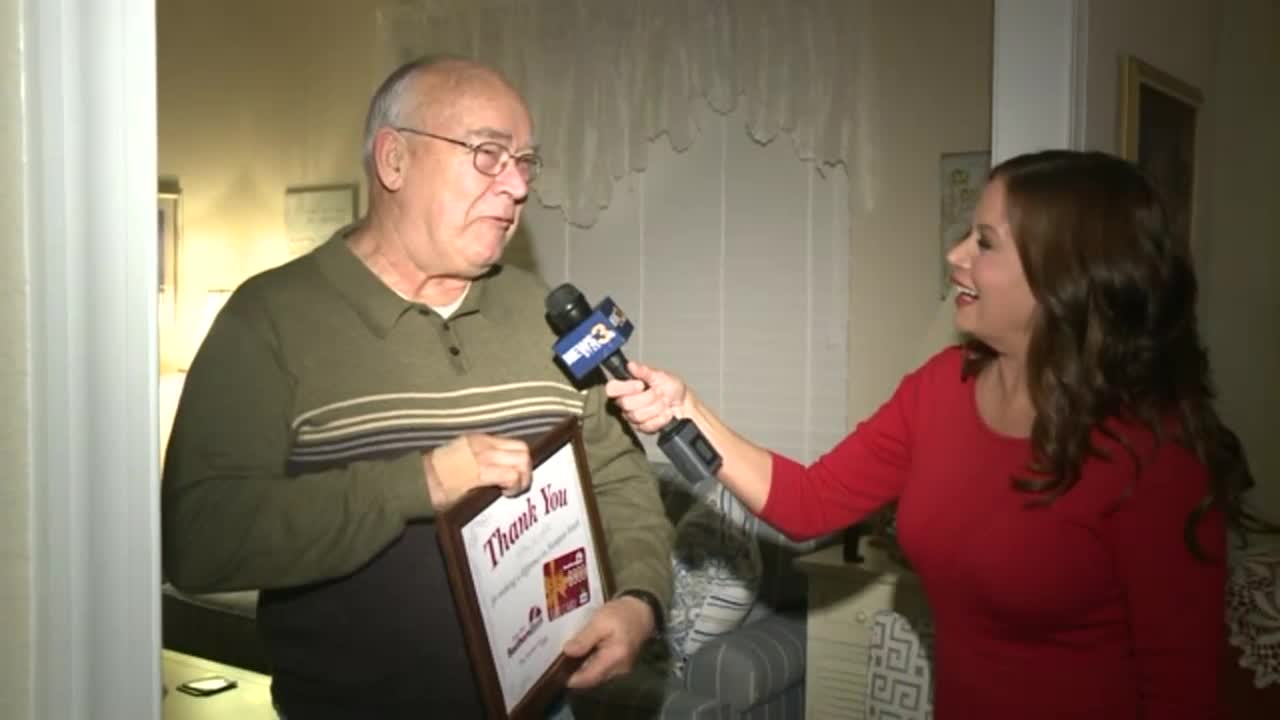 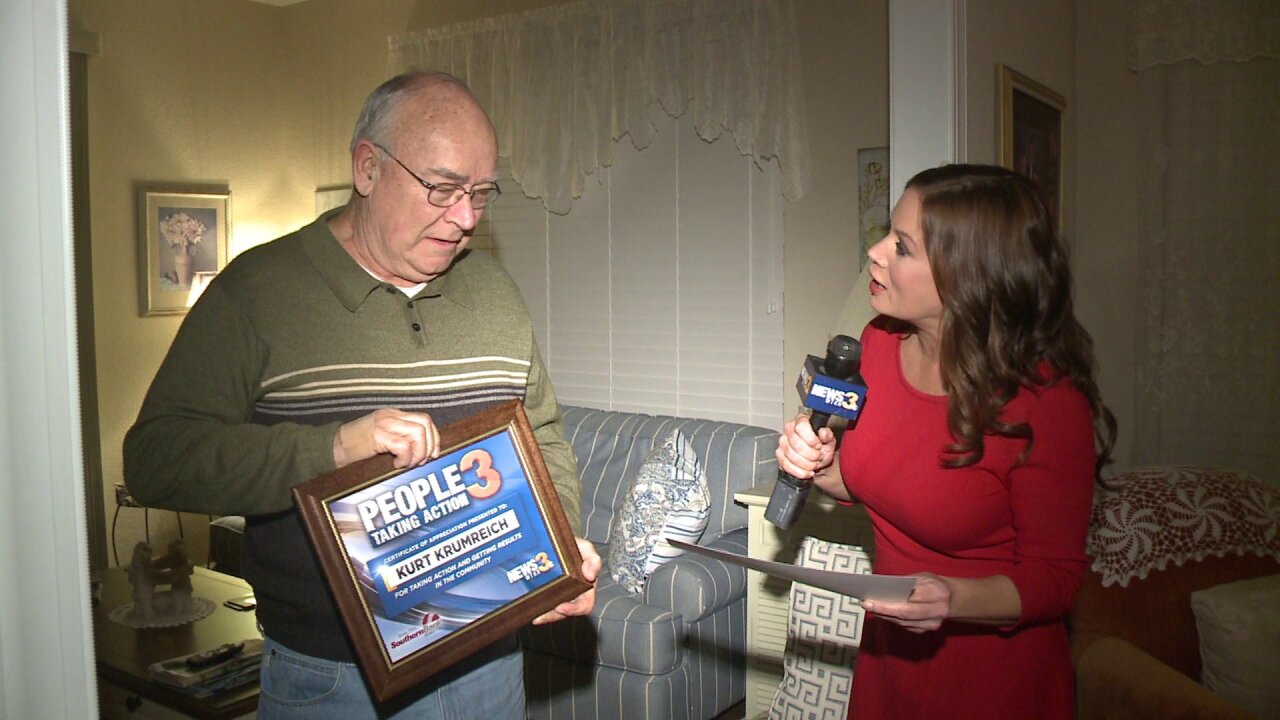 And now we’re doing something special for him.

This was the ultimate surprise, sneaking up on Krumreich at his home, while he was napping after dinner.

With his wife Angie’s help, we ambushed Kurt at home. Several other volunteers and athletes wanted to be there when we showed up.

And boy was he surprised!

When I presented him with the award, the room broke out in applause.

Kurt said, "I love skating and I think these guys love it too and I didn't expect to see them until Sunday at practice!"

His daughter Darlene was also a Special Olympics athlete at one time. "He works very hard and he deserves it," she said.

It's definitely a family affair. Wife Angie is also a longtime volunteer with the group.

"He is very caring and compassionate and he treats the athletes as if they're his own children," she said.

He shared with me decades of memories from traveling around the world coaching America’s best special athletes.

And his local students, some who have been with him since they were small children, adore him.

"I enjoy speed skating and Kurt was a great coach," said one athlete.

"Kurt is the best coach in the world because he treats us with the utmost respect."