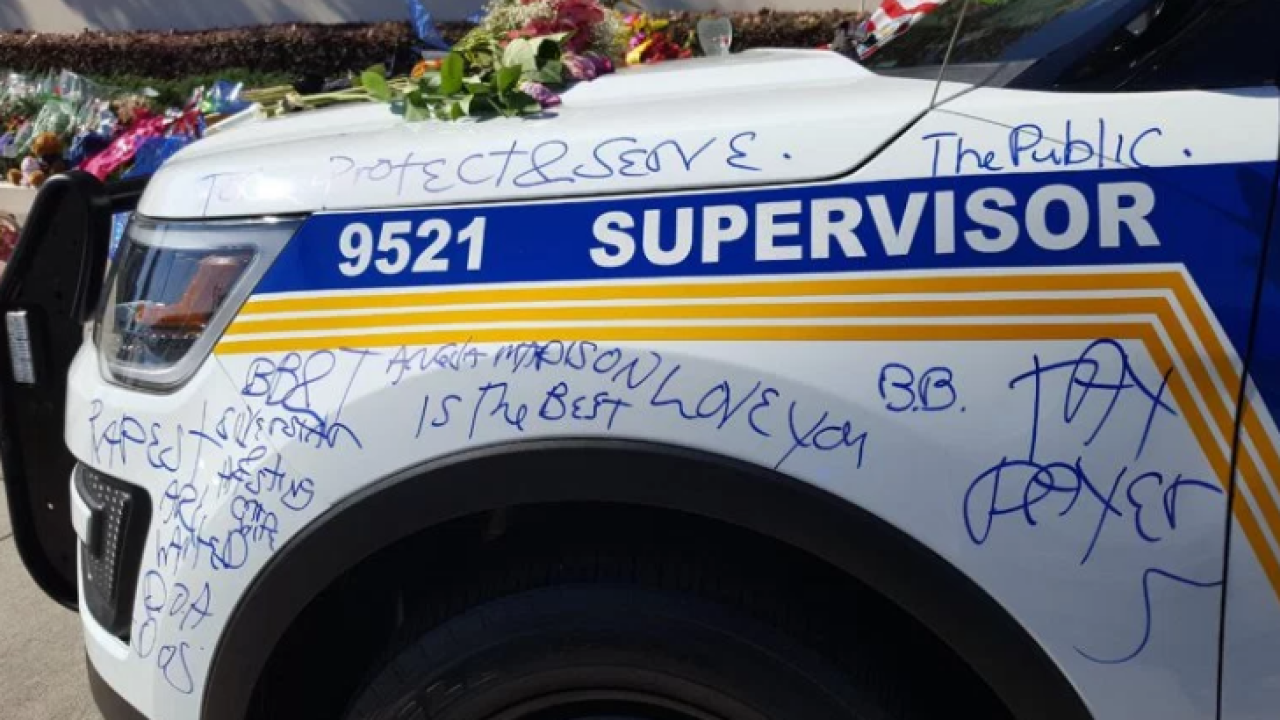 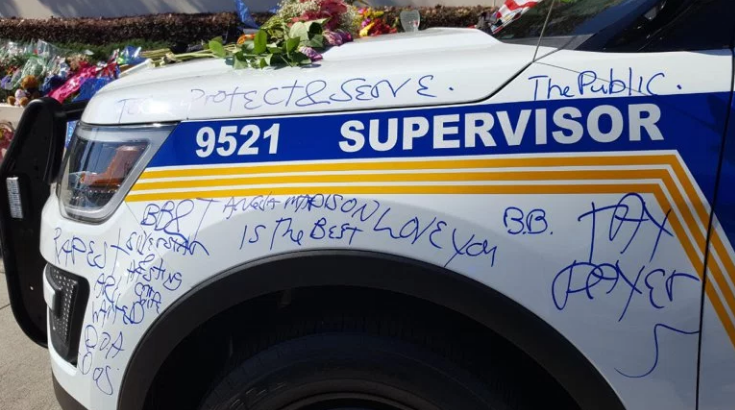 Just one day after her alleged killer appeared in court, Lt. Debra Clayton’s squad car was defaced as it sat outside Orlando Police Department headquarters in memoriam.

Orlando police officials tell CNN that someone vandalized the car with blue ink and knocked flowers from the hood.

Photos posted online by the department show writing on the front and side of the cruiser.

The car has now been cleaned and the writing removed, Sgt. Wanda Miglio said.

Police officials said they hope the incident, which happened sometime overnight, was caught on video, adding that an investigation is underway.

“I’m deeply saddened that someone would vandalize Lt. Debra Clayton’s vehicle,” Orlando Police Chief John Mina said in a statement to CNN. “However, I’m comforted knowing the vast majority of this community loves and respects the Orlando Police Department, and the actions of one pathetic person do not reflect the feelings of this warm-hearted community. ”

Clayton was shot and killed on January 9 outside a Walmart in Orlando. Markeith Loyd is charged with her murder, along with the murder days earlier of his pregnant ex-girlfriend and other crimes.

Police captured Loyd on Tuesday after an intense manhunt. Officers used Clayton’s handcuffs to restrain Loyd during the arrest.

Clayton, a 17-year police veteran, was promoted after her death. She was married with two children.