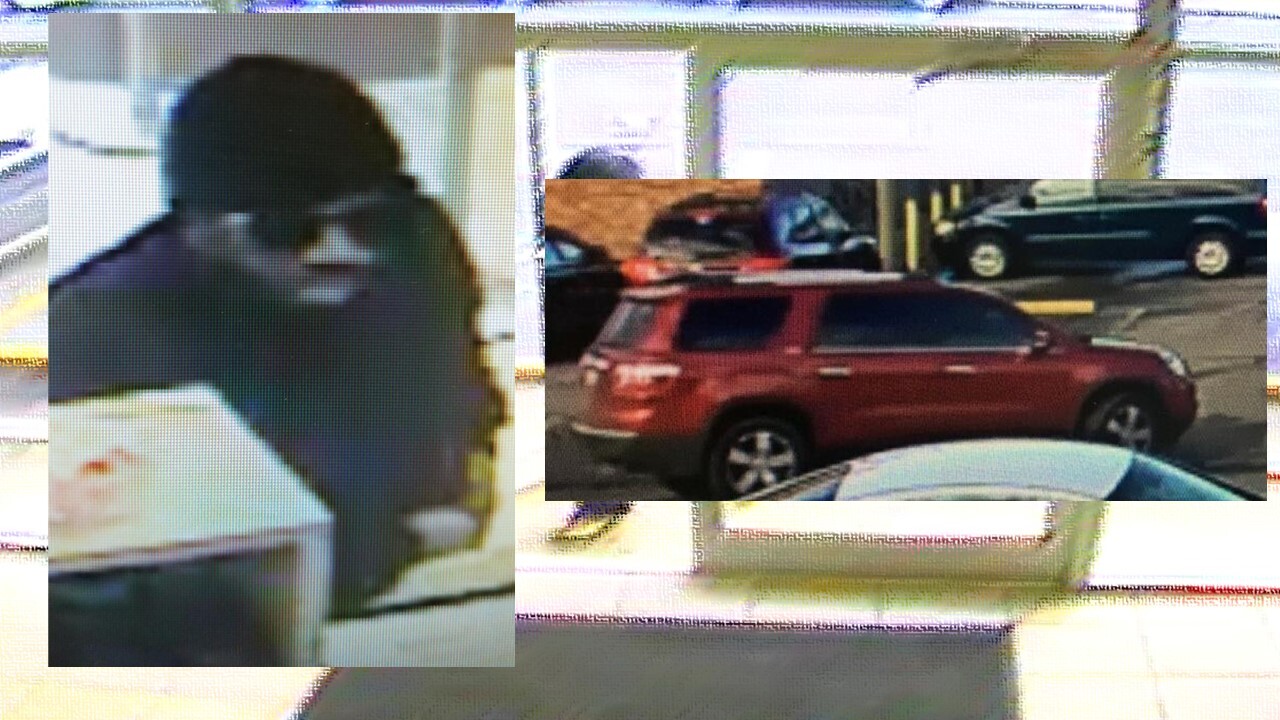 Police say a man entered the bank around 3:45 p.m. and demanded money from a cashier.

The cashier complied and the man fled the location in a burgundy 2012 GMC Arcadia.

The suspect is described as a black man in his early 30s, around 5’5″ tall and weighing approximately 180 pounds. He was last seen wearing a black jacket, dark colored pants, tan boots, dark sunglasses, and a black knit hat.