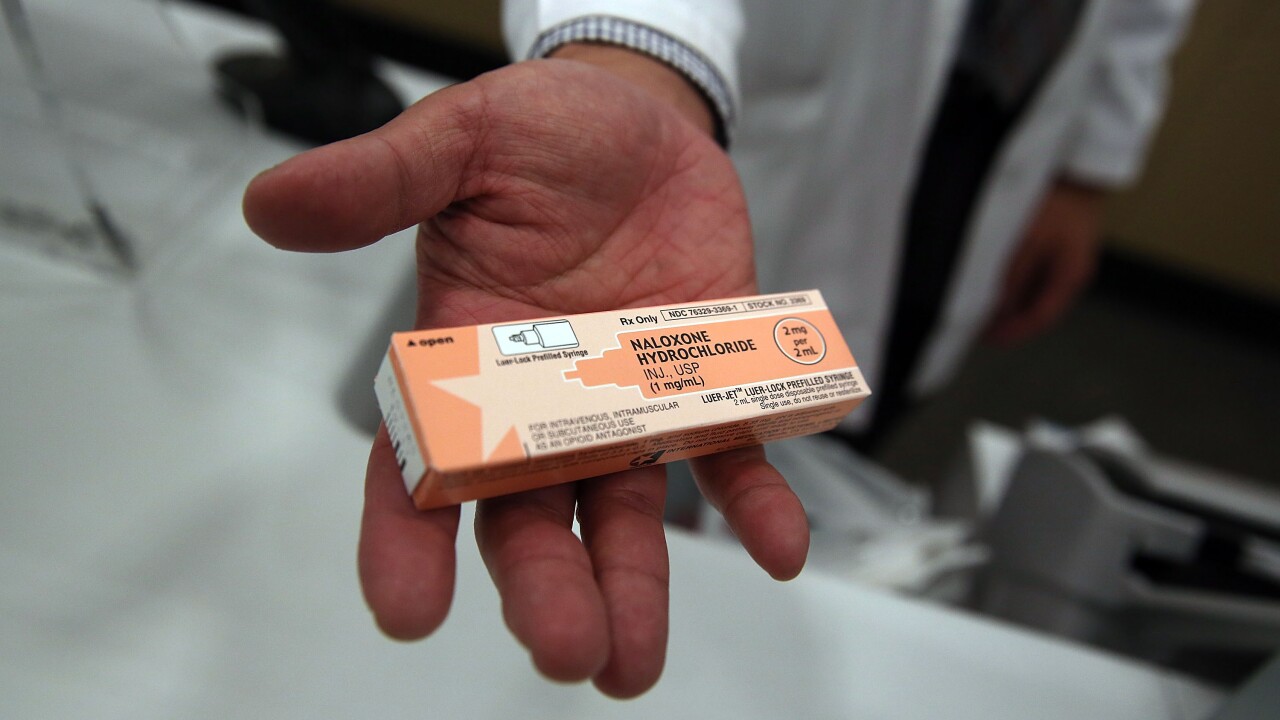 NEW YORK, NY – FEBRUARY 02: A pharmacist at a Walgreens store holds a box of the overdose antidote Naloxone Hydrochloride on February 2, 2016 in New York City. Hundreds of Duane Reade and Walgreen Co. pharmacies will begin giving out the heroin antidote without a prescription across New York state as the heroin epidemic continues to spread. Naloxone, more commonly known by the brand name Narcan, can temporarily block the effects of heroin, OxyContin and other painkillers. It is estimated that one person dies every day in New York from a drug overdose. (Photo by Spencer Platt/Getty Images)

Photo of naloxone, which rapidly reverses the effects of heroin and other opioids. The opioid overdose antidote, has become a vital tool in fighting the heroin and opioid epidemic.

Officers were called to a suspected opioid overdose in the area of Pecan Road and Hazelwood Road around 11:15 p.m.

Upon arrival, officers located an unresponsive 25-year-old man on the side of the road. Several people were working to perform CPR on the man. A responding officer used his Naloxone kit to administer the drug to the man.

The officers then took over CPR until medics arrived on scene and took the man to a local hospital for treatment.

The victim became responsive upon arrival at the hospital and is expected to recover due to the quick actions of the officer.

Naloxone is a counter agent to opiates and can quickly reverse the effects of an overdose by displacing the opioid in the receptors in the brain. Naloxone has minimal side effects, a low potential for abuse and is not considered dangerous if given to a person who is not overdosing.

To date, there are 81 Hampton officers trained on how to administer Naloxone. Training will continue for additional officers throughout the Division until mid-2017.