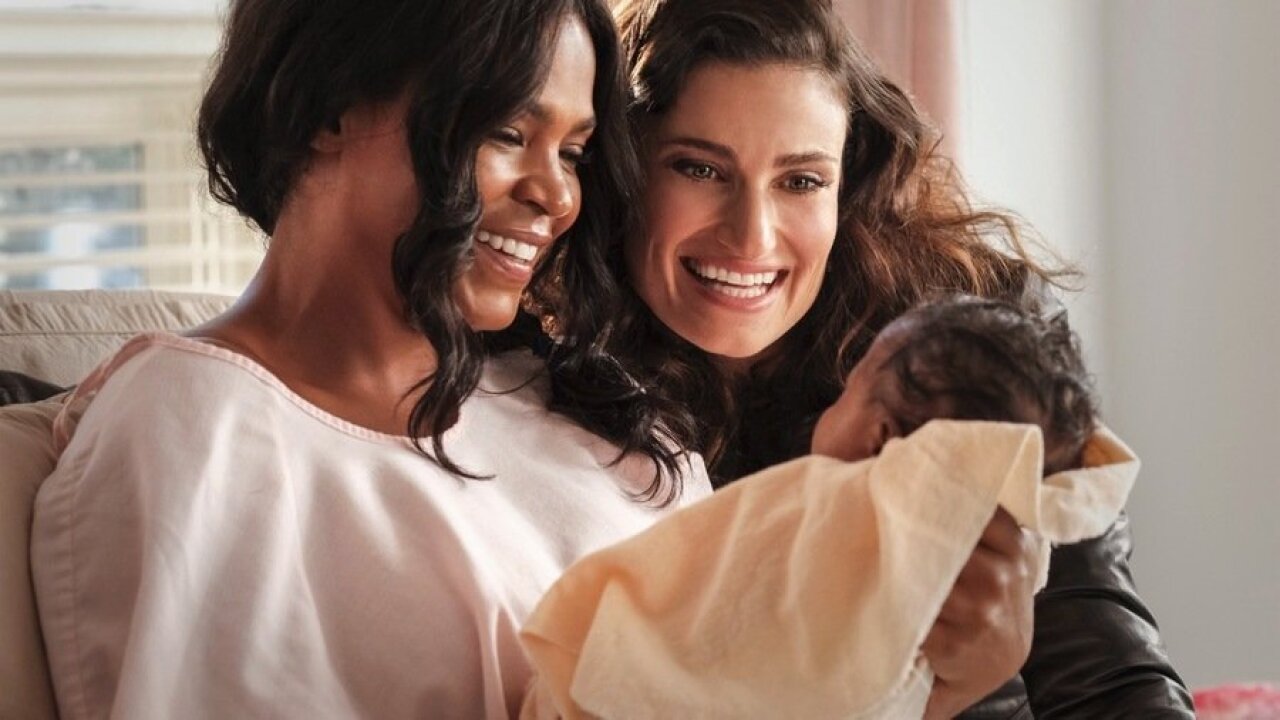 It’s likely that all most people remember about “Beaches” is the three-hankie finish and Bette Midler belting out “The Wind Beneath My Wings.”

It’s likely that all most people remember about “Beaches” is the three-hankie finish and Bette Midler belting out “The Wind Beneath My Wings.” Perhaps not surprisingly, Lifetime’s mostly dutiful remake of the 1988 hit is something of a slog through the first two-thirds, periodically lifted by Idina Menzel’s golden pipes.

Menzel — best known for “Wicked” and her vocal chops in “Frozen” — assumes the Midler role, CC, playing an aspiring star who begins a lifelong friendship as a kid with Hillary (Nia Long), in this update a somewhat buttoned-up civil-rights attorney.

The two keep in touch through the years via texts and emails (letters are so 1960s), as CC chases stardom and Hillary pursues a more sedate, less public life, with each harboring certain resentments and jealousies toward the other that are set aside when Hillary falls ill.

By that point, Hillary has married, divorced and had a daughter (an adorable Sanai Victoria), who CC will help raise. The two-moms theme frankly feels a bit dated, as does the early portion of the movie devoted to CC’s professional struggles, which include crooning commercial jingles and singing at a Bar Mitzvah while quietly muttering, “Kill me now.”

At that bar mitzvah the two women meet a dreamy theater director (Antonio Cupo), who winds up briefly caught between them. “You got him by default, and you know it,” Hillary snaps cattily, indicative of the fractious nature of the central female-bonding relationship.

Still, almost everything that happens is essentially an appetizer before getting to the main course. Menzel’s singing — including a rather perfunctory music-video version of “Wind,” as well as “The Glory of Love” and other songs — does provide compensation for wading through the melodrama, although frankly, DVR-ing and zapping to those parts would be the more time-effective option.

Far from existing in a vacuum, “Beaches” washes ashore amid a wave of nostalgic ’70s and ’80s revivals — in this case, reprising a film that delivered a hit song and strong box-office results but is remembered mostly for its high schmaltz factor.

Seen that way, the lure of providing Menzel an opportunity to let loose on these familiar tunes is more than enough to qualify as a win for Lifetime, even if the movie itself — that famous wind notwithstanding — never achieves liftoff.