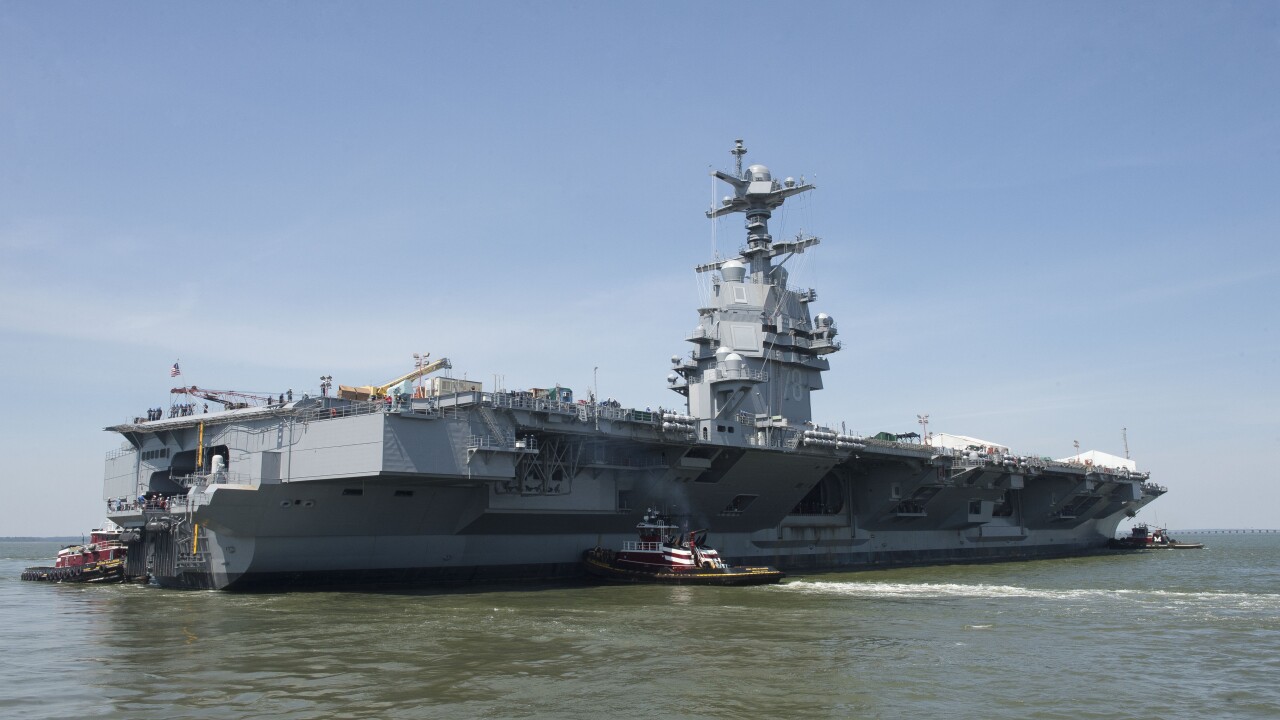 In a statement, the Navy says the Ford has completed 93 percent of the test program – 93 percent Hull, Mechanical & Electrical, 92 percent propulsion testing, and 93 percent electronics testing.

Being that the Ford is the first of a new class of supercarriers, problems were expected to arise. The Navy says they’ve made significant progress in resolving these issues and have resumed testing in support of Builder’s Sea Trials.

The delivery schedule has been updated with Builder’s Sea Trials scheduled for March 2017, Acceptance Trials in April 2017 and Delivery in April 2017, pending the results of the trials.

Construction of the Gerald R. Ford began in November 2009.