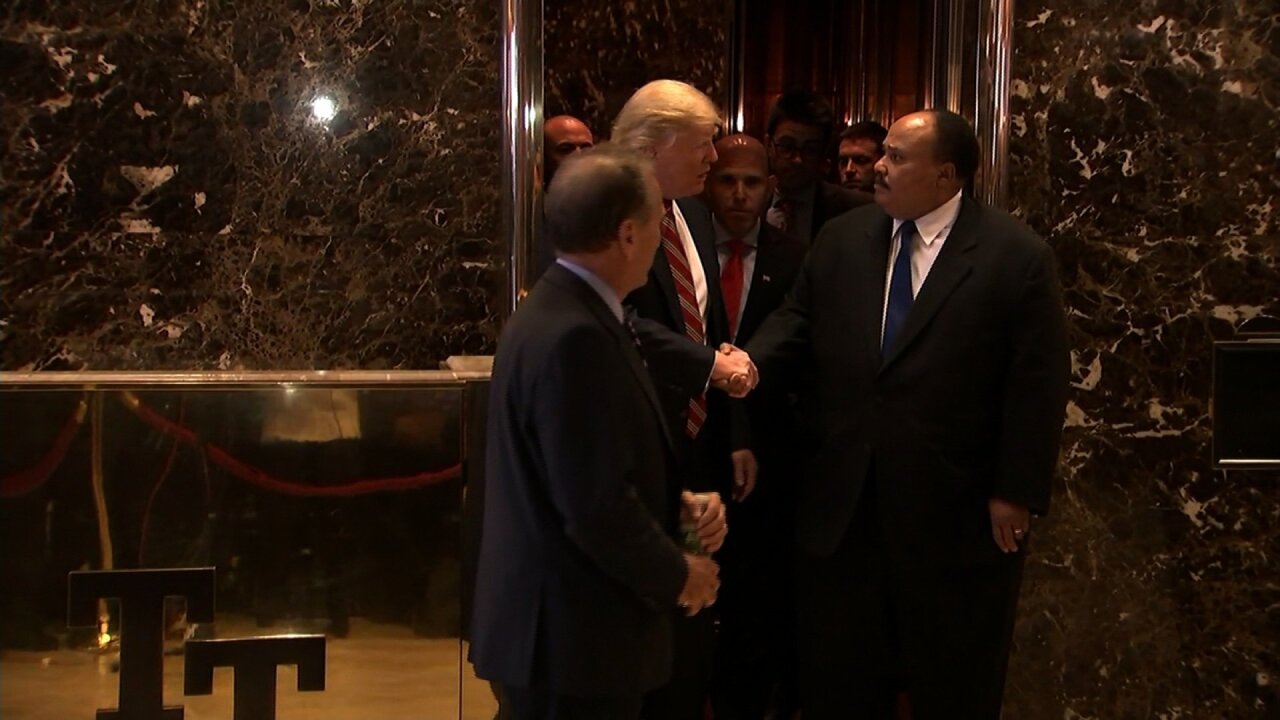 After a weekend clash with civil rights icon Rep. John Lewis, President-elect Donald Trump on Monday called on Americans to observe Martin Luther King Jr. Day and “celebrate all of the many wonderful things that he stood for.”

Trump met with Martin Luther King III at Trump Tower on Monday afternoon and afterward King said the meeting was “constructive” and that the two discussed the importance of voting accessibility. Trump didn’t speak to the press.

When asked about the dispute between Trump and Lewis, King defended the lawmaker — who Trump attacked as all talk and no action — and said he has “demonstrated that he is action.”

“I think that in the heat of emotion a lot of things get said on both sides,” King said.

“Honor him for being the great man that he was!,” Trump tweeted shortly after incoming White House press secretary Sean Spicer announced that the President-elect would meet with King in New York.

“Today we observe the birthday of #MartinLutherKing – @realDonaldTrump will meet with Martin Luther King III to discuss his legacy,” Spicer tweeted.

The meeting with King follows a weekend consumed by Trump’s response to comments by Lewis, the Georgia Democrat who questioned the legitimacy of his victory.

Early Saturday morning, Trump ripped Lewis — a distinguished leader of the civil rights movement — for being “all talk” and “no action or results.”

“Congressman John Lewis should spend more time on fixing and helping his district, which is in horrible shape and falling apart (not to……mention crime infested) rather than falsely complaining about the election results,” he said. “All talk, talk, talk – no action or results. Sad!”

On Monday, Lewis, who marched beside Martin Luther King Jr. and was beaten and nearly killed by state troopers in Selma, Alabama, in 1965, tweeted his praise for the slain leader.

“Dr. Martin Luther King, Jr. was my friend, my mentor; he was like a big brother,” Lewis said.

Lewis, and more than 20 other Democratic lawmakers, will not be attending Trump’s inauguration on Friday.

“You cannot be at home with something that you feel that is wrong,” he said in an interview with NBC News.