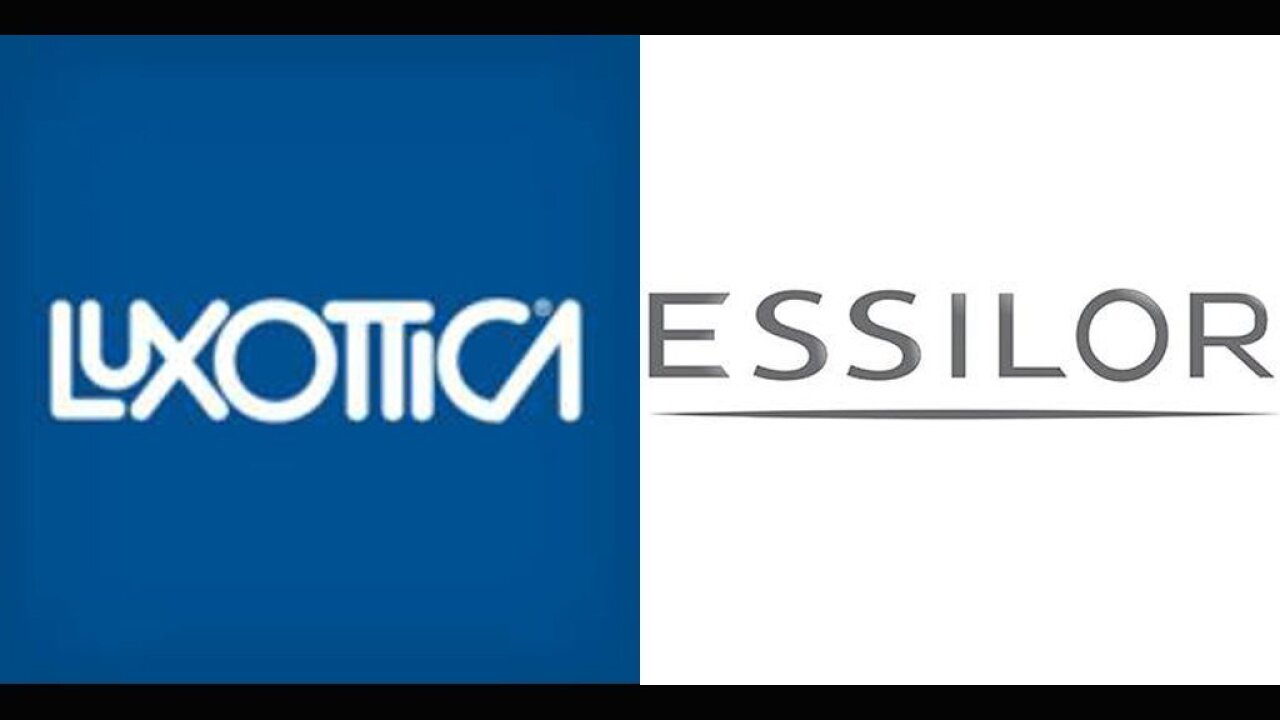 It’s a visionary deal: The world’s biggest eyewear companies are coming together in a $50 billion merger.Luxottica Group, the Italian firm behind Ray-Ban and Oakley sunglasses frames, is combining with Essilor, a French company that makes lenses.

LONDON – It’s a visionary deal: The world’s biggest eyewear companies are coming together in a $50 billion merger.

Luxottica Group, the Italian firm behind Ray-Ban and Oakley sunglasses frames, is combining with Essilor, a French company that makes lenses.

Luxottica founder Leonardo Del Vecchio will lead the newly combined company as chairman and CEO. The 81-year-old billionaire is Italy’s richest man, according to Forbes.

The global eyewear market is worth $121 billion, and Luxottica is the industry leader with a 14% market share, according to research firm Euromonitor International. Essilor is No. 2, with a 13% market share.

The two companies say they’ll work to “address the vision needs” of the 2.5 billion people around the world who suffer from uncorrected vision problems.

“Finally, after 50 years, two products which are naturally complementary, namely frames and lenses, will be designed, manufactured and distributed under the same roof,” Del Vecchio said in a statement.

Investor reaction was eye-popping: Shares in Luxottica surged about 9%, while Essilor soared about 14%. Luxottica shareholders will exchange their holdings for Essilor shares under the all-stock deal.

If you haven’t heard of Luxottica, you’ve heard of its stores and brands. The company oversees nearly 8,000 eyewear stores, including LensCrafters and Sunglass Hut. It also licenses brands including Giorgio Armani, Burberry, Chanel and Prada.

Essilor sells products under brands such as Varilux, Crizal and Transitions.

The biggest shareholder in the new company will be the Del Vecchio family. Fashion designer Giorgio Armani is also expected to hold a significant stake in the newly combined firm.

The companies make most of their sales in the United States and China. Their combined revenue in the latest financial year exceeded €15 billion ($15.9 billion).

The merger still needs clearance from antitrust regulators. It could close by the end of the year.