Pendant found at death camp may have Anne Frank link 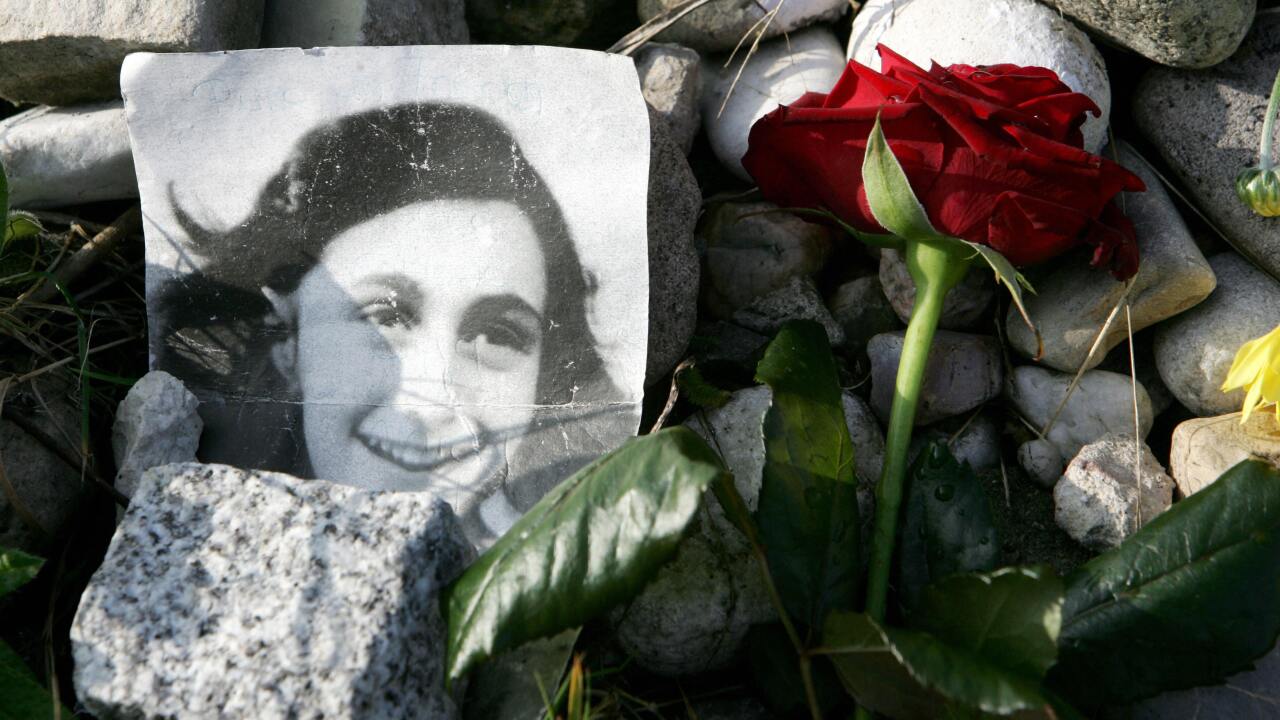 A picture of Anne Frank lies in front of the memorial stone for Jewish girl Anne Frank, author of “The Diary of a Young Girl”, and her sister Margot, 28 October 2007 on the grounds of the new Bergen-Belsen Memorial. Both girls died at the concentration camp a few weeks before it was liberated by British troops in April 1945. The Bergen-Belsen Memorial, which is situated sixty kilometres north-east of Hanover, is located on the grounds of the former Prisoner of War and concentration camps, marked graves and monuments hold reminders of the suffering and deaths of its prisoners. A documentation centre illustrates the history of the camp and its victims. AFP PHOTO DDP/NIGEL TREBLIN GERMANY OUT (Photo credit should read NIGEL TREBLIN/AFP/Getty Images)

A pendant discovered at the site of a former Nazi death camp could be linked to Holocaust diarist Anne Frank, according to researchers.

Archeologists say the pendant is the only specimen of its type ever discovered — apart from an almost identical one owned by Frank. Experts at Yad Vashem, the Holocaust study center in Jerusalem, say the pendant belonged to a girl called Karoline Cohn.

Cohn, like Frank, was born in Frankfurt, Germany. Because the pendants are so similar, researchers think there might be a direct connection between Cohn and Frank.

The center is hoping that further research will be able to reveal whether the two knew each other — and whether there were family connections between them.

“The moving story of Karoline Cohn is symbolic of the shared fate of the Jews murdered in the camp. It is important to tell the story, so that we never forget.”

According to photos released by the center, the triangular pendant has the words “Mazal Tov” which means congratulations in Hebrew, engraved upon it along with Cohn’s date of birth and home city.

On the other side, there are three stars of David as well as the Hebrew letter “Hay,” representing the name of the deity.

The pendant was discovered at the site of the former death camp at Sobibor.

According to Yad Vashem, Cohn was deported to Minsk on November 11, 1941. It is not known whether she ever was at Sobibor, but her necklace arrived at the camp, in Nazi-occupied Poland, sometime between November 1941 and September 1943.

It is thought the pendant belonging to the 14-year-old was dropped along the path towards the gas chambers and buried for 70 years before being found by a team excavating the site.

Yad Vashem researchers say the most recent excavations have centered on an area where victims were forced to disrobe and have their heads shaved. Several personal items, including watches and metal charms, have been found during excavations that first began in 2007.

According to records held by Yad Vashem, 250,000 people died at Sobibor.

Frank and her sister Margot both died at Bergen-Belsen in October 1944.

Frank’s diary was published in 1947 and has been read by millions.