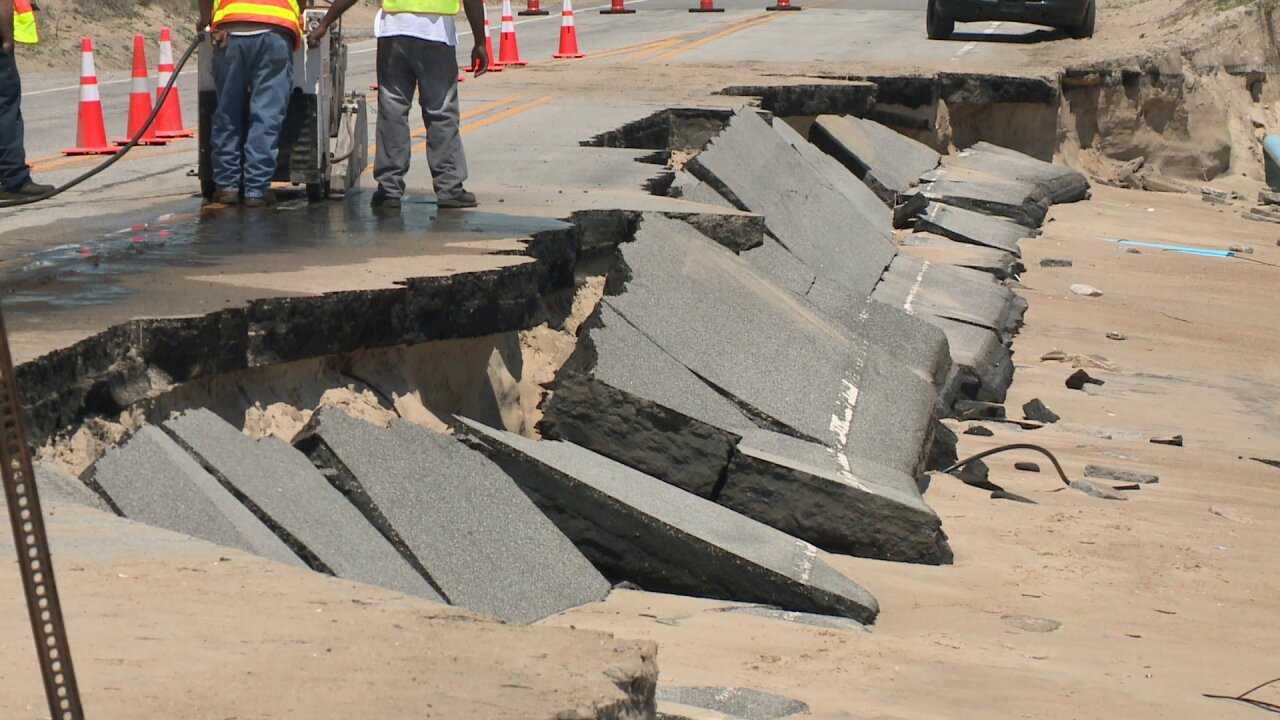 A portion of N.C. 12 collapsed onto the beach following a coastal storm in early May. The road has been rebuilt and now crews will permanently rebuild the washed away dune. (WTKR)

DARE Co., N.C. – The N.C. Department of Transportation awarded a design-build contract to construct a new bridge at Rodanthe.

The team that won is Flatiron Constructors, Inc., of Colorado.

Their bid was for $145,336,271 and will be a 2.4 mile-long bridge which extends from the southern end of the Pea Island National Wildlife Refuge over the Pamlico Sound into Rodanthe.

The bridge is known as a “jug handle” and NCDOT said it should be a long-term solution to keep N.C. 12 open in an area that is prone to severe storm damage.

In December, the Federal Highway Administration issued the last environmental document for the project, which gives final approval to move forward with construction and allows the NCDOT to award the contract for design and construction.

The design process is expected to take about one year to complete and then construction will begin after that process. NCDOT says construction could begin as early as January 2018.

Right now, the bridge is expected to be open to motorists by early summer 2020.