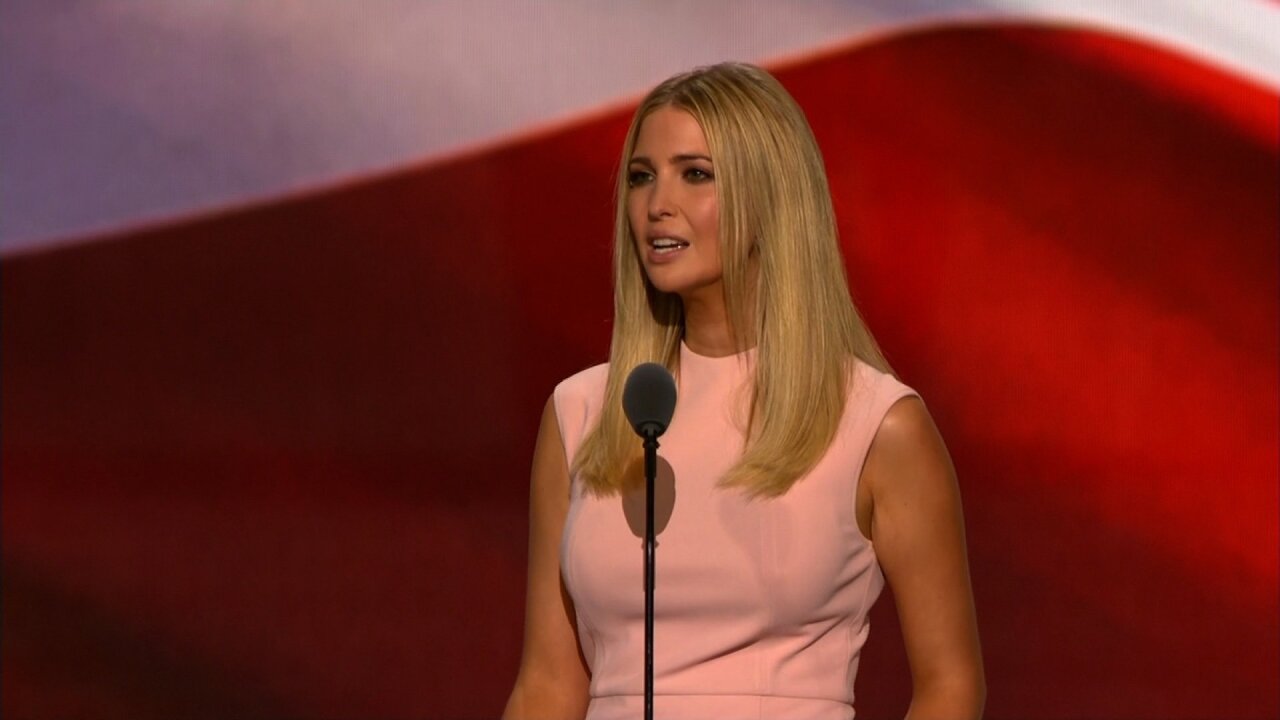 Those closest to her describe her as smart, independent-minded and relentless.

Now, Ivanka Trump is poised to become one of the most influential — and powerful — first daughters in US history.

Like few others in the incoming president’s orbit, Trump has her father’s ear and his trust.

“She . . . has a great way of being able to, you know, talk to him,” Ivanka’s brother Don Jr. said in an interview with CNN’s Gloria Borger. “He trusts her.”

Don Jr. and Eric Trump are among those speaking to Borger for a CNN Special Report, “First Daughter: Ivanka Trump,” on Monday at 9 p.m. ET. Also appearing to talk all things Ivanka Trump are others close to her and the Trump family: incoming counselor to the president Kellyanne Conway; her close, longtime friend Maggie Cordish; and family friend and inauguration committee chairman Tom Barrack.

Conway, who served as Donald Trump’s campaign manager in the final months of the presidential campaign, described the father-daughter relationship as “impenetrable” and called Ivanka Trump a crucial voice during key campaign deliberations — from urging him to act more presidential during the rough-and-tumble months of the campaign to helping him pick his running mate.

“Ivanka Trump was in a very unique position to give her father voice in choosing a vice presidential running mate. Because she knows what Donald Trump expects,” Conway said.

That influence will now be put to work on behalf of the issues Trump advocated for during her father’s presidential campaign: helping working mothers by implementing new federal child care and maternity leave policies. She has already begun forming a coalition of women in Congress to implement that agenda, with her father’s blessing.

Tom Barrack, a decadeslong friend of the billionaire real estate developer and next president, said Trump’s influence comes down to her lack of ulterior motives.

Trump has always had a “special voice” in her father’s business and political life, Barrack said.

“She has no skin in the game other than, ‘I’m giving you my point of view because I love you Dad and I want you to be successful, and you need to listen to me,'” Barrack explained.

Ivanka Trump said in a July interview with CNN that she is “incredibly candid with my opinions” when she speaks with her father.

Trump has yet to settle on a formal White House role, but her husband, Jared Kushner, will be one of the three most powerful aides in the West Wing. Trump officially announced Kushner would become a senior adviser at the White House, steering the ship in a triumvirate with incoming White House Chief of Staff Reince Priebus and chief strategist Steve Bannon.

Kushner is poised to wield heavy-handed influence in the White House, just as he did during the campaign, where he was integral to crafting much of the campaign’s strategy and to key hiring and firing decisions.

Like his wife, Kushner knows “how to speak to my father,” Don Jr. said.

Beyond their marriage, much of Kushner’s influence is tied to the working synergy he enjoys with his wife.

Kushner and Ivanka Trump first cut their teeth in their fathers’ separate real estate empires in the New York area for years before the 2016 presidential run that pulled the whole family into politics.

Trump is resigning her positions at the Trump Organization and management of her own eponymous brands to move to Washington — moves aimed at quelling concerns about conflicts of interest tied to her husband and father’s role, but that could also lay the foundation for her to join the White House in a more official capacity.

For now, the mother of three said she plans to help her children settle into their new lives in the nation’s capital.

Cordish, a close friend of more than 20 years, called Trump a “fierce and devoted” mother who has worked hard to balance her ambitious career with her role as a mother.

“She is up with them early every single morning, giving them breakfast and being with them. And then, you know, putting them to bed,” Cordish said.

But Trump does not need a formal White House position to keep hold of her influence once her father is inaugurated. What Trump values most in his daughter, Eric Trump said, comes down to one word: “Loyalty.”

“For years we’d always heard, you know, real estate’s one of the most cutthroat industries in the world, right? It’s very tough. It’s very brash,” the younger brother said. “Nothing compared to politics.”