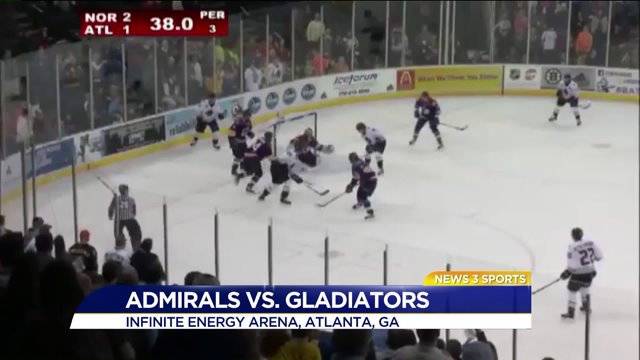 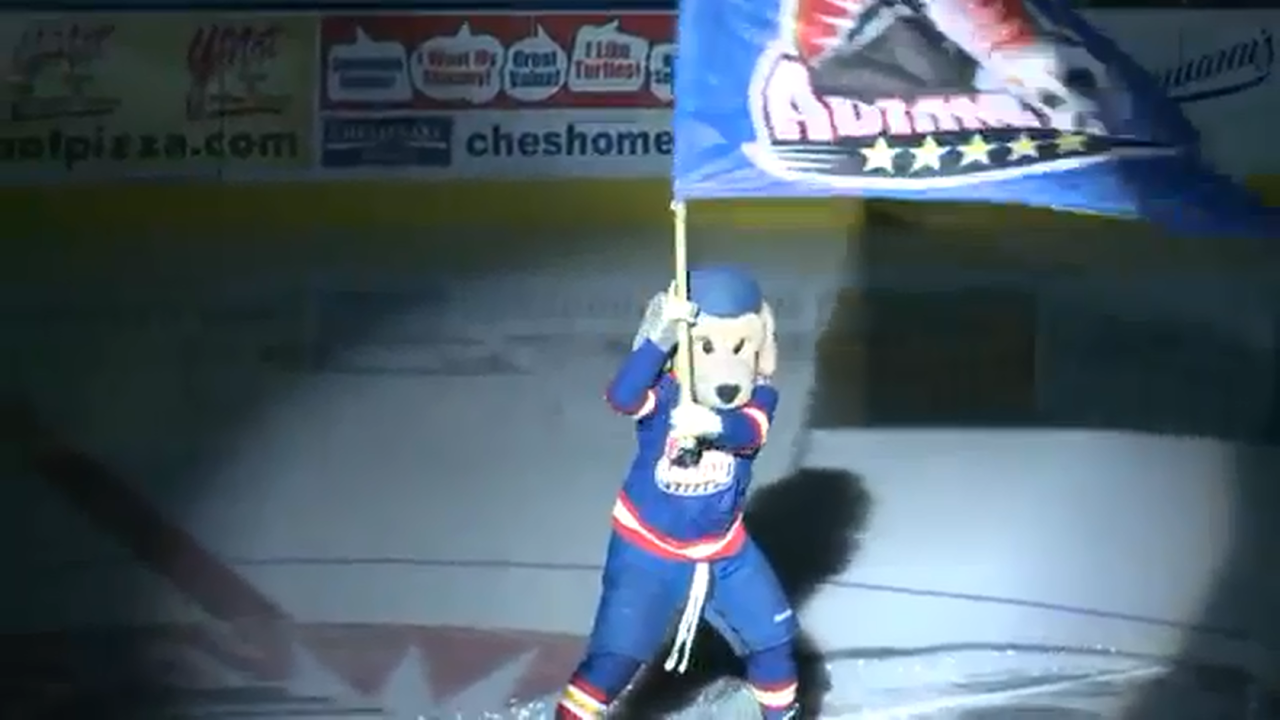 Before any scoring could occur, Admirals goaltender Brandon Anderson made history, snapping the team record for most consecutive minutes played without allowing a goal.  The Langley, British Columbia native only had to make it 8:29 into the afternoon's contest to notch the record, topping Darryl Paquette's mark, which was completed in 1997.

While the first goal of the game wouldn't come until 6:01 into the second, the Admirals as a team surpassed the ECHL all-time record for most consecutive minutes played as a team without allowing a goal.  At the 4:17 mark of the middle frame was when Norfolk eclipsed 251:52 without letting the opposing team score, becoming the new number one in the category.

That aforementioned first goal would be scored by the Admirals, coming on a mismanaged puck by Atlanta Gladiators goalie Matt Ginn.  Ginn tried to wrap the puck on his backhand to his left from behind his net, however he found the tape of Domenic Alberga, who had no trouble hooking up with John Dunbar, before the opposing backstop could get back in his crease.  For Dunbar, it was his now team-leading tenth goal of the season.

Five and a half minutes later, Dunbar would set up the goal that would push the Admirals ahead by two.  Streaking into the zone two-on-one with T.J. Foster, Dunbar slid the puck to his left where the Toronto Maple Leafs prospect fired and beat Ginn for his eighth of the season.

Unfortunately for Norfolk, the new record-setting streak would come to an end in the third period, just 1:02 in.  Admirals forward Zach Pochiro tried to wrap the puck in his own zone to defenseman Aaron Harstad, however the pass had too much zip on it, leading it to be picked up by an attacking Gladiator.  Cason Hohmann, fired a quick pass to the slot where a wide open Josh Atkinson unleashed a blast that got by Anderson, ending the record at 269:36.

Despite the game remaining at 2-1 for the majority of the third period, Joey Benik would add to his impressive start with the team, notching his fourth goal in three games in the form of an empty netter.  That now gives the St. Cloud State University alum six points in three games with the team.  The goal served as the icing on the cake, polishing off a 3-1 victory for the team.

The Admirals are now 6-0-0-0 in 2017 and will return home for six straight home games.  Friday, January 20th is Pucks and Paws + Roll Back The Clock Night, where you can bring your dog to the game and enjoy 50 cent hot dogs, popcorn and soda in the Exhibition Hall.  Saturday, January 21 is Pink In The Rink Night, as the team will wear and auction off specialty pink jerseys to benefit Susan G. Komen Tidewater.

Tickets for all games are on sale now on Ticketmaster.com, as well as at the Norfolk Scope box office.  For more information on the team, visit norfolkadmirals.com and like/follow them on all major social media platforms.