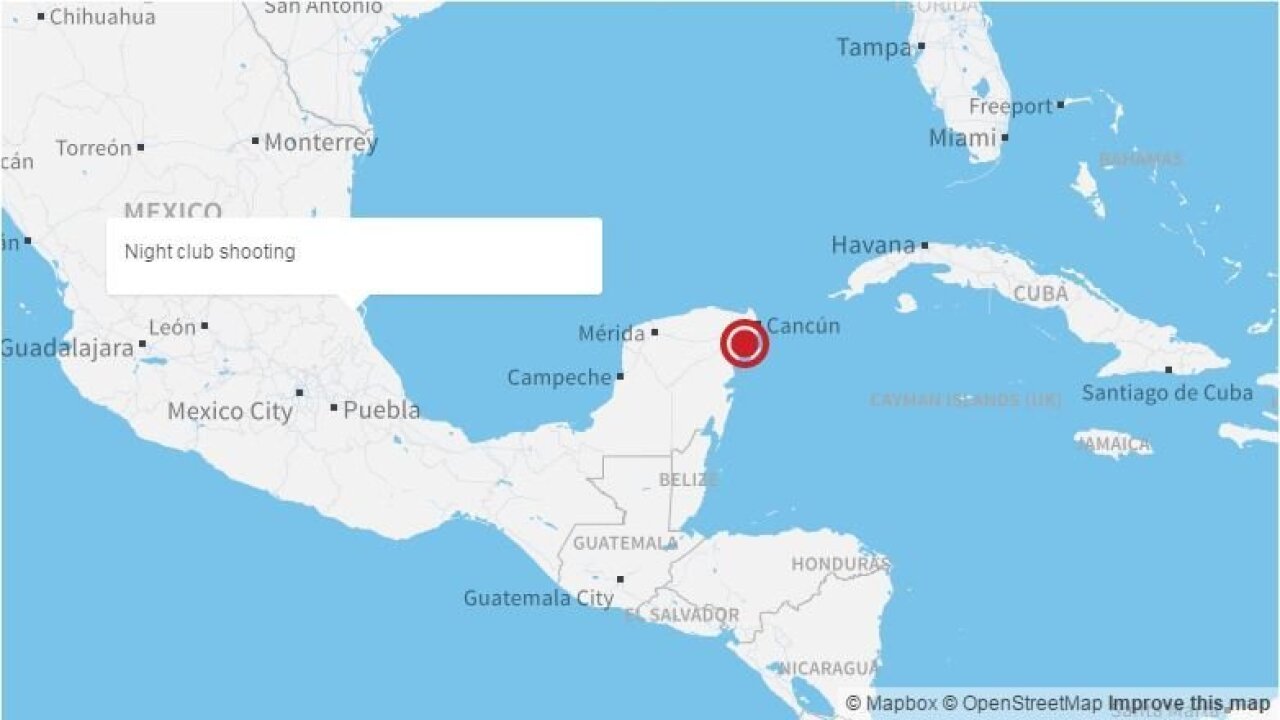 Gunfire erupted early Monday at a club in Playa del Carmen, Mexico, leaving at least five people dead and a dozen others injured, according to government sources from the state of Quintana Roo.

Gunfire erupted early Monday at a club in Playa del Carmen, Mexico, leaving at least five people dead and a dozen others injured, according to government sources from the state of Quintana Roo.

The shooting broke out at an electronic music festival that had drawn visitors from around the world to the beach resort city.

Video of the aftermath posted on social media showed frantic club-goers rushing into the street as rescuers arrived at the scene.

“I heard what sounded like firecrackers. Everyone started screaming and running for cover,” said Andrew Badecker, who was outside the Blue Parrot club when the shooting began.

People climbed over a fence behind the club to escape, the professional poker player said.

“I was trying to help people over,” he said. “I was worried someone would get trampled.”

In fact, a woman died in a stampede of people rushing out of the club, the state prosecutor said.

Several victims were found dead on the beach outside, he said.

‘We are overcome with grief’

A 29-year-old American was among the injured victims who were released, Dr. Rosa Maria Barron Licona of the CostaMed hospital said.

On a Facebook page for The BPM Festival, a 10-day electronic music event that was closing Monday, organizers said a lone shooter had opened fire in front of the Blue Parrot. Three members of the event’s security team were killed trying to protect patrons inside, the festival said.

The festival’s statement said four people had been killed in the shooting. Officials could not be immediately reached to explain the discrepancy in the death toll.

“We are overcome with grief over this senseless act of violence and we are cooperating fully with local law enforcement and government officials as they continue their investigation,” the festival statement reads.

Authorities in Mexico’s Quintana Roo state say they’re still trying to determine who was behind the shooting — and why it occurred.

A preliminary investigation indicates that the shootout began when members of event security tried to stop a person who entered the club with a firearm, Pech Cen said.

Investigators are interrogating three people, the state prosecutor said, but it’s unclear whether they were involved in the shooting.