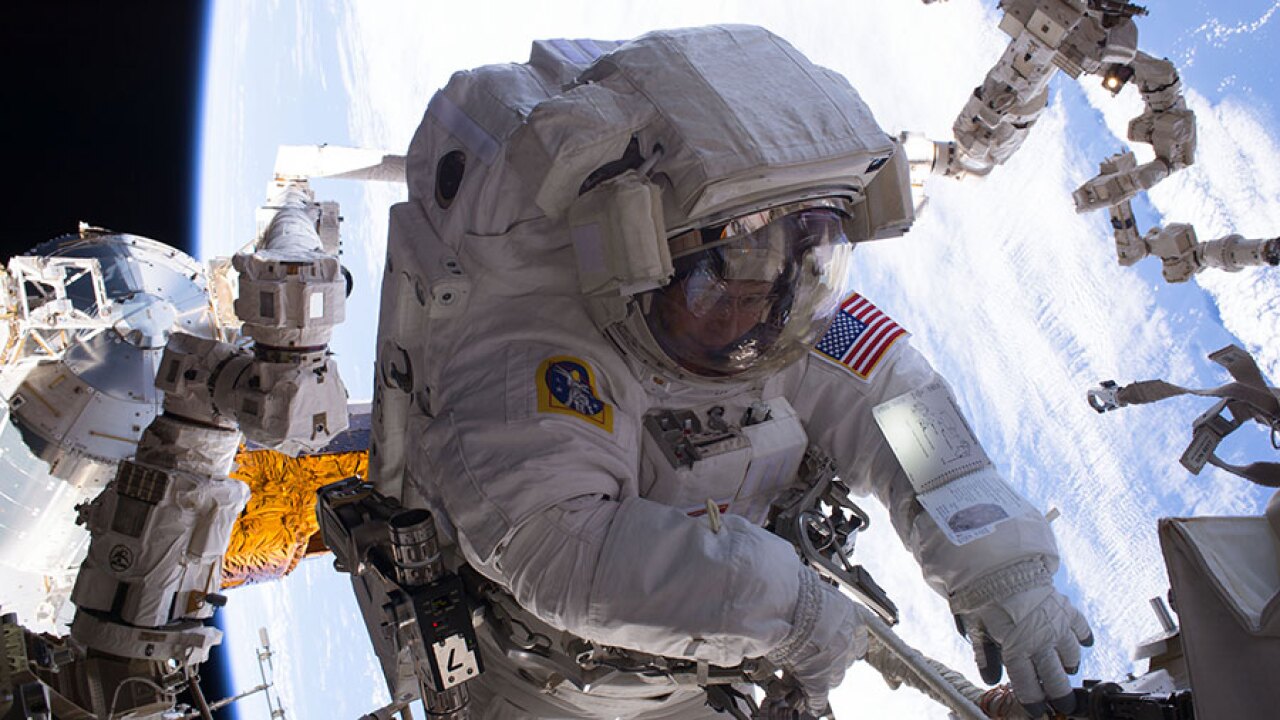 Astronaut Peggy Whitson is pictured Jan. 6, 2017, during the first of two spacewalks to upgrade power systems on the International Space Station.

Kimbrough and Flight Engineer Peggy Whitson of NASA performed the first spacewalk to install adapter plates and hook up electrical connections for three of the six new lithium-ion batteries delivered to the complex on the Japanese H-II Transfer Vehicle cargo ship (HTV-6) in December.

There are currently six people on the International Space Station — Kimbrough, Whitson, and Pesquet are joined by Russian cosmonauts Oleg Novitskiy, Andrei Borisenko, and Sergei Ryzhikov.

Whitson, 56,  is the only female onboard the ISS and with her launch on November 17, became the oldest woman to fly into space. When her mission ends, she will have spent more time in space than any other U.S. astronaut.