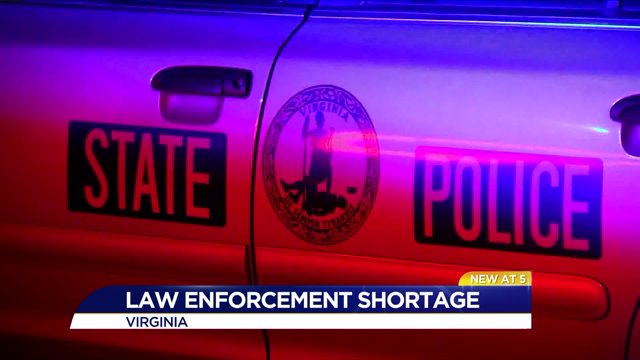 RICHMOND, Va. - Lawmakers from Hampton Roads say they're planning to address law enforcement salaries across the Commonwealth. In some cases, the salaries are leading to high turnover rates and staffing shortages.

"It  is important that we retain our best and also have them have fair wages, so they can continue to do the best job they can," said Del. Marcia Price, a democrat from the Peninsula.

The issue has been in the forefront among State Police ranks, where more than 230 sworn officer openings, according to a department spokesperson. More than 150 left the department in 2016.

The General Assembly is looking to tackle a more than $1 billion shortfall, but some lawmakers hope they can find a way to help give raises to law enforcement officers. "We're losing them left and right," said Sen. Frank Wagner, a republican from Virginia Beach, said of state police troopers. "They're working three or fourth months and then getting hired away in some cases by local law enforcement that can pay more money than we're paying state police."

Right now, a debate is going on about whether to restore raises for state employees that were once promised, but taken away because of the shortfall. The governor proposed giving workers a bonus, but some lawmakers hope it will end up being more than that.

News 3 reached out to several local law enforcement agencies about their vacancies. Local police departments are funded differently than sheriff's offices or state police, but some of those departments are also seeing shortages.

Here is a listing of local vacancies:

*News 3 reached out to several other departments and is waiting to hear back.