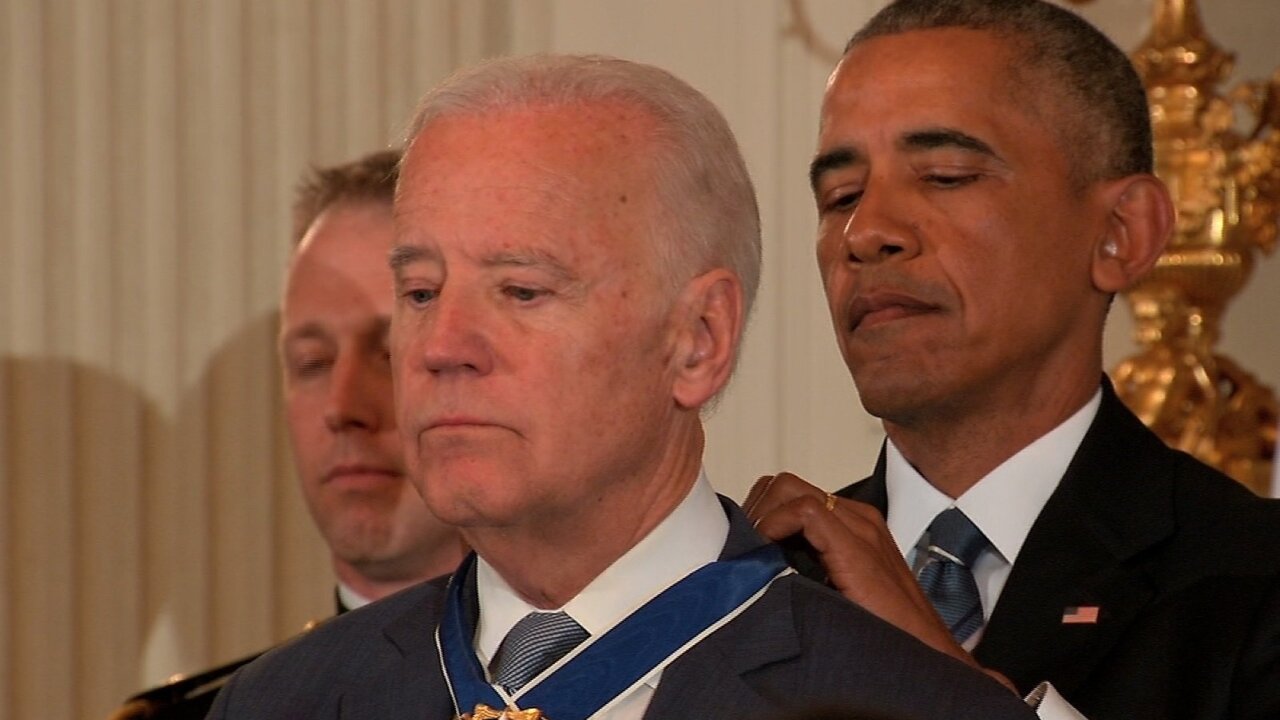 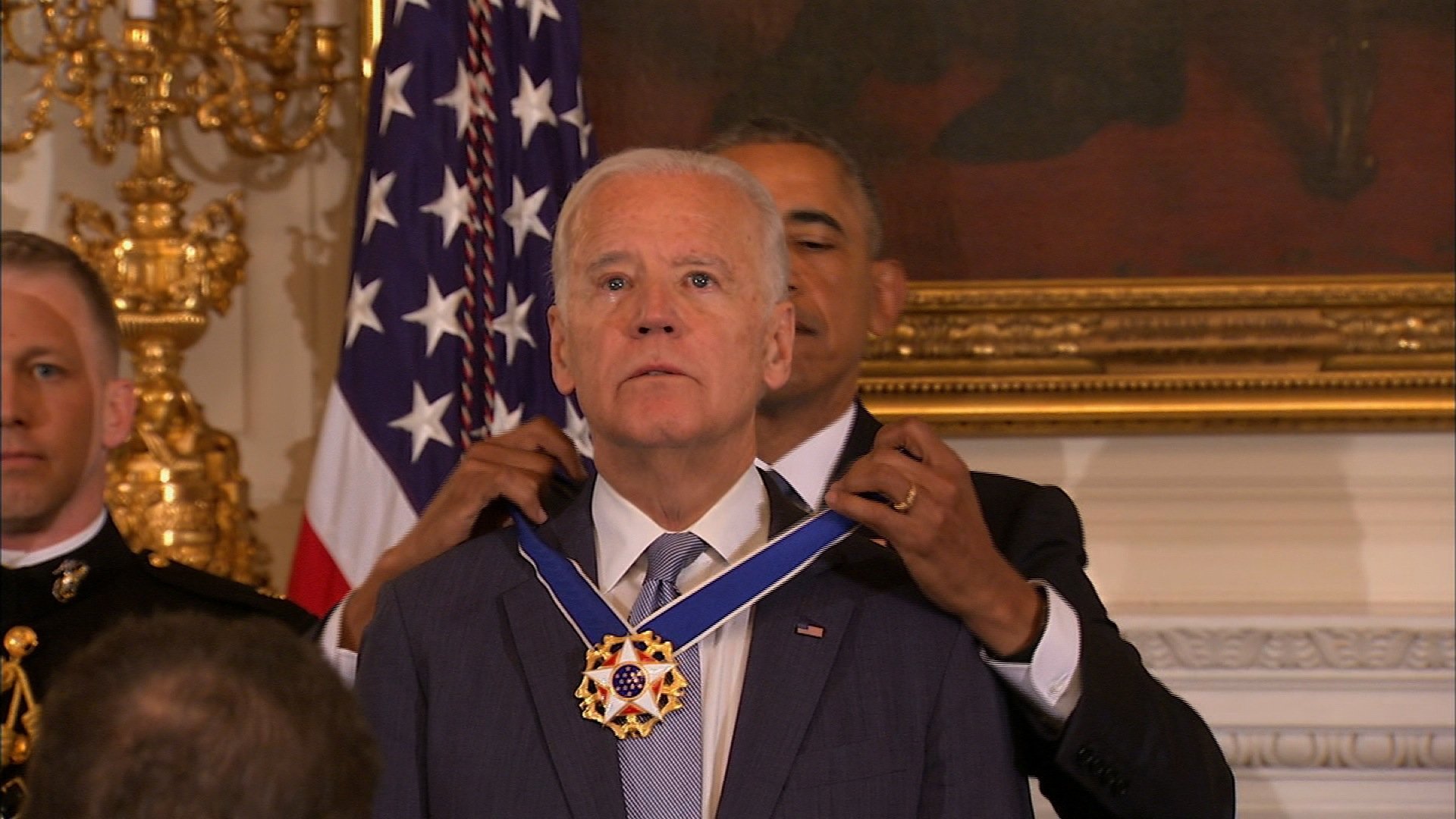 “For your faith in your fellow Americans, for your love of country and for your lifetime of service that will endure through the generations, I’d like to ask the military aide to join us on stage,” Obama said in the ceremony. “For my final time as president, I am pleased to award our nation’s highest civilian honor, the Presidential Medal of Freedom.”

Before surprising Biden with the award, Obama gave lengthy and colorful remarks praising Biden, his wife Dr. Jill Biden and his children and grandchildren.

“If you can’t admire Joe Biden as a person you’ve got a problem,” Obama said. He’s as good a man as God ever created.”