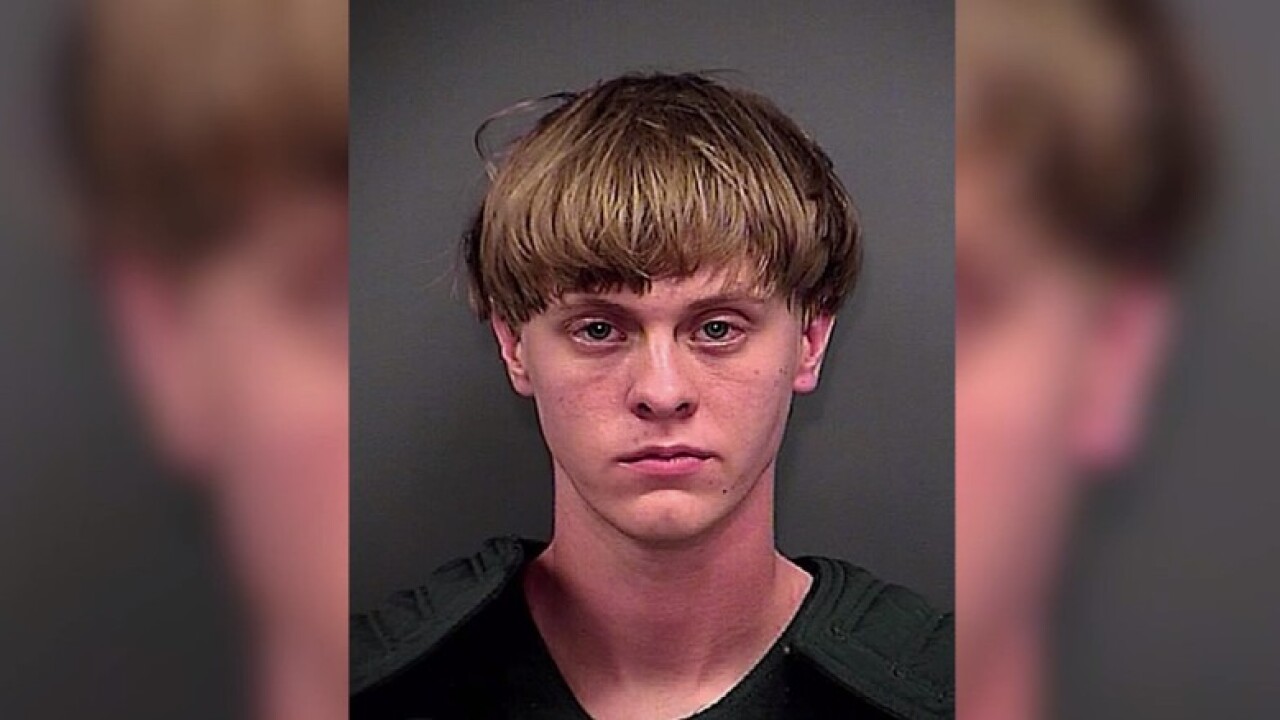 CHARLESTON, S.C. – A judge formally sentenced Roof to death — as recommended by the jury — for killing nine people at a historically black church in Charleston in 2015.

He will become the first federal hate crime defendant to be sentenced to death, a Justice Department spokesman said.

Those whom Dylann Roof hurt the most had the chance to address the convicted killer before his Wednesday sentencing, with one of the victims’ sisters calling him “among the worst kind of evil.”

US District Judge Richard Gergel granted Roof’s request to allow standby counsel to assist him in Wednesday’s sentencing hearing. Roof had chosen to represent himself during the penalty phase.

Roof also indicated he would like to speak at Wednesday’s hearing, but he won’t get that chance before hearing from those whose loved ones he stole. More than one family member took issue with the defendant failing to make eye contact with them.

“Dylann … Dylann! I know you can hear me,” said Janet Scott, Tywanza Sanders’ aunt. “Even as (Tywanza) knelt there and asked you why you were doing this, he was showing you love. He was showing you that one last chance, but you chose not to instead.”

The Rev. Dan Simmons’ son, Dan Simmons Jr., opened his statement by telling Roof, “I understand why you don’t want to look at us, so I will speak to the spirit that possesses you.”

If Roof’s intent was to sow hate and discord, he achieved the opposite, Simmons said, urging the defendant to “look at the love this nation, this holy city has poured out. You don’t have to look at me. But I see that spirit. I want you to think about that as I forgive for your act, for your actions. … Know you have an opportunity to ask for forgiveness. Know that God will forgive you. … If you choose to serve him, you will have a better life. I hear you breathing all the way over here. Speak to that spirit that’s inside you.”

Not all family members were so magnanimous. Gayle Jackson, the niece of Susie Jackson, told Roof that while she prayed that God would have mercy on his mother, “I want your soul to burn in hell.”

“My mother can’t even step a foot into church,” she said. “And for you to sit here every day — I was here from the beginning to the end — and never, ever apologize … was hurtful. I pray that your soul go to hell.”

Shirrene Goss, the sister of Tywanza Sanders, seized on Roof’s assertion he felt he had to commit the massacre.

The 26-year-old victim’s father, Tyrone Sanders, also warned Roof what lies ahead for him.

“Why you want to single out black people in a church?” he asked. “That I don’t know. But whoever your creator is, he’s coming for you.”

Roof has told the judge he wants to file a motion for new attorneys. Gergel said Roof can argue that on Wednesday, but the judge is not inclined to let that happen.

The avowed white supremacist was convicted last month of federal murder and hate crimes charges for the Charleston killings. During the penalty phase, he cast his defense attorneys aside, telling jurors he chose to represent himself to “prevent my lawyers from misrepresentation.”

Closing arguments and no remorse

On Tuesday, Roof expressed no remorse during his closing argument. He reiterated he had no choice but to kill nine people at the Emanuel African Methodist Episcopal Church in June 2015.

His statement followed the prosecutor’s impassioned, two-hour argument. Assistant US Attorney Jay Richardson reminded jurors that Roof sat with the church members for 40 minutes before opening fire. He pulled the trigger “more than 75 times … reloading seven times” as he stood over his victims, shooting them repeatedly, Richardson said.

Jurors had the option to recommend life in prison without the possibility of parole, but the 10 women and two men delivered a unanimous vote for the death penalty.

Yet the jury’s recommendation and the sentencing phase may not mean the end for the case.

Why case could go on for ‘very long time’

Death penalty cases are notorious for their complexity, often spending years in appeals and processes.

A group of defense attorneys and others who worked on Roof’s behalf issued a statement, saying the death penalty decision means the case will not be over for a “very long time.”

“He didn’t have any attorneys helping him in the penalty phase so he may make that motion after reflecting on it,” Gossett told CNN affiliate WSPA-TV. “Then it would go through the process of automatic hearings with appellate courts to see if there’s any reason under the law that it should not stand legal grounds.”

Since the federal death penalty was reinstated in 1988 after a 16-year moratorium, three federal inmates have been executed in the United States. There are 63 federal prisoners awaiting execution.

Roof’s court appearances may be far from over.

He is also set to be tried on state murder charges, and prosecutors have said they’ll also seek the death penalty in that case.