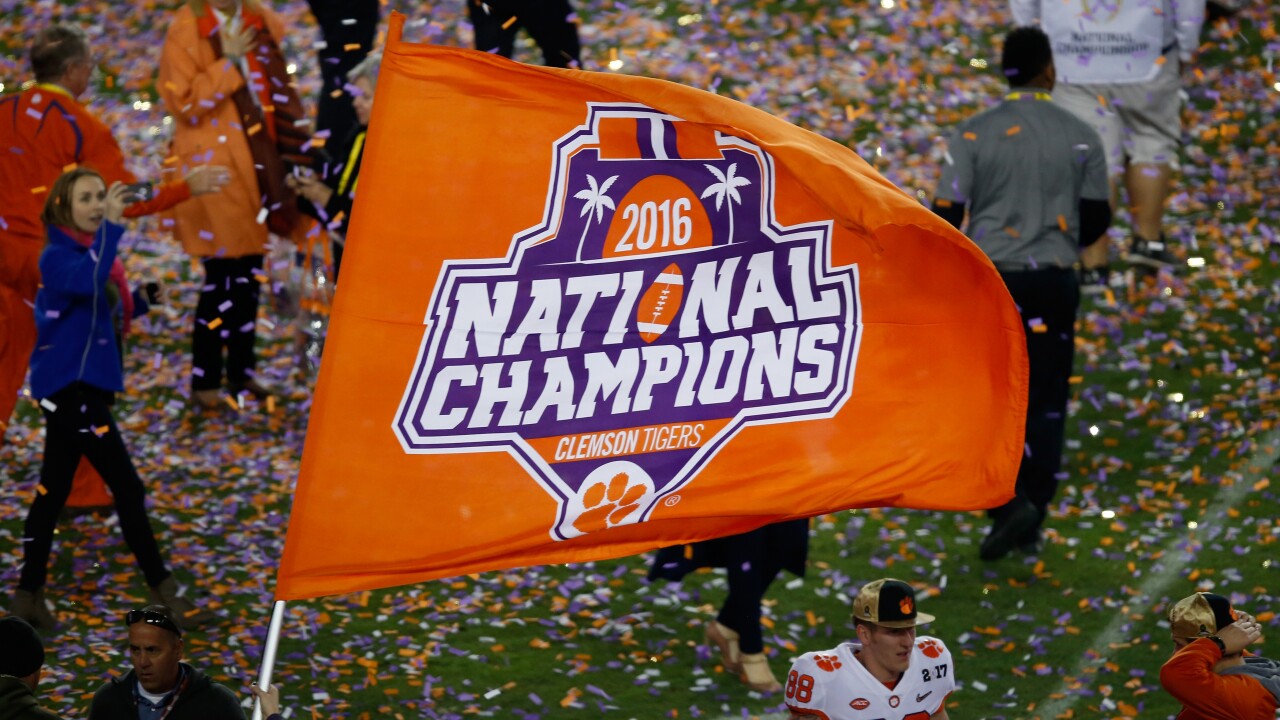 In a rematch of last season’s title game, Clemson’s Hunter Renfrow caught a two-yard touchdown pass from Deshaun Watson with one second remaining in the game to give the Tigers a 21-point fourth quarter and a thrilling victory in the College Football Playoff National Championship.

After Wayne Gallman gave Clemson a 28-24 lead with 4:38 left in the 4th quarter, Alabama true freshman quarterback Jalen Hurts scored on a 30 yard run with 2:07 left in the game to put the Crimson Tide ahead 31-28.

For the game, Watson completed 36 of 56 passes for 420 yards and three touchdowns. He also rushed for 43 yards and a TD.

Alabama had won four of the past seven national championships, including last year’s victory vs. Clemson.