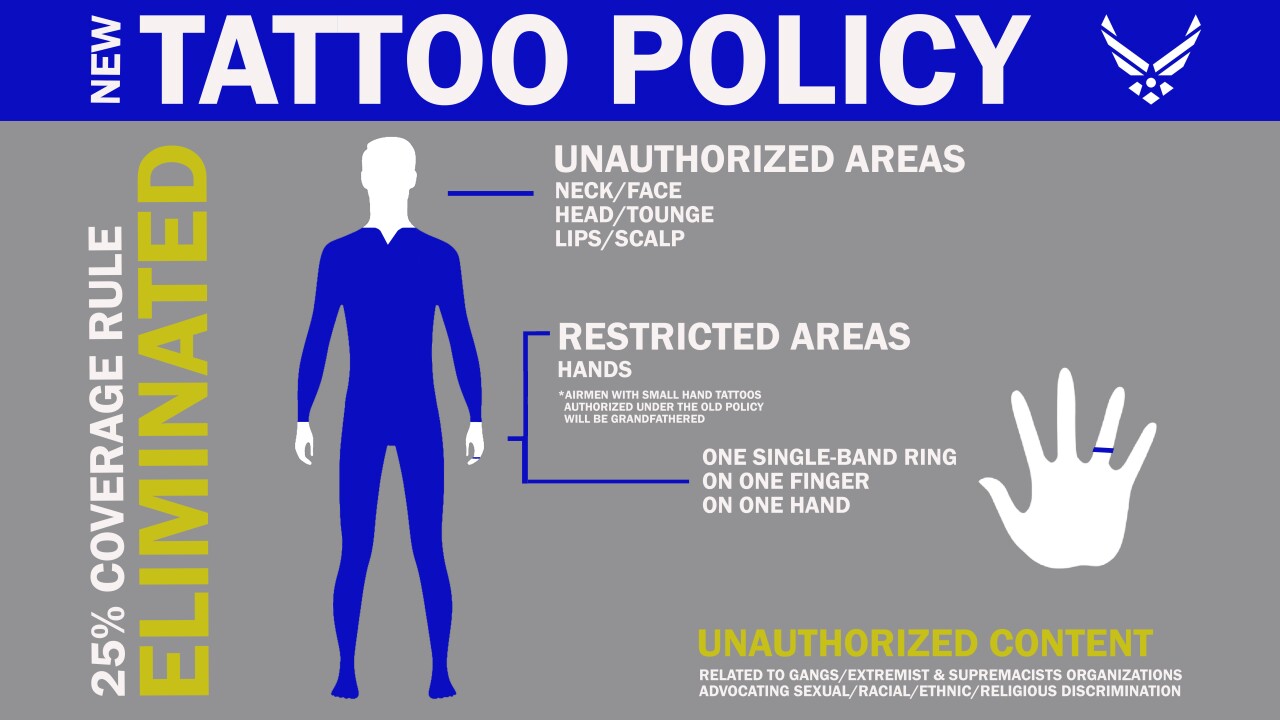 WASHINGTON – The Air Force has announced new policies on tattoos.

Authorized tattoos on the chest, back, arms and legs will no longer be restricted by the “25 percent” rule, while tattoos, brands or body markings on the head, neck, face, tongue, lips and/or scalp remain prohibited.

Hand tattoos will be limited to one single-band ring tattoo, on one finger, on one hand. The hand tattoo change ensures the ability to present a more formal military image when required at certain events and/or with dress uniforms. Current Airmen with existing hand tattoos that were authorized under the previous policy will be grandfathered in under the old policy standards.

A recent review of Air Force field recruiters revealed almost half of contacts, applicants and recruits had tattoos. Of these, one of every five were found to have tattoos requiring review or that may be considered disqualifying; the top disqualifier was the 25 percent rule on “excessive” tattoos. The new policy lifts the 25 percent restriction on authorized tattoos to the chest, back, arms and legs, opening up this population for recruitment into the Air Force.

Tattoos, brands and body markings anywhere on the body that are obscene, commonly associated with gangs, extremist and/or supremacist organizations, or that advocate sexual, racial, ethnic or religious discrimination remain prohibited in and out of uniform.

The Navy and Marine Corps announced changes to tattoo policies in 2016.