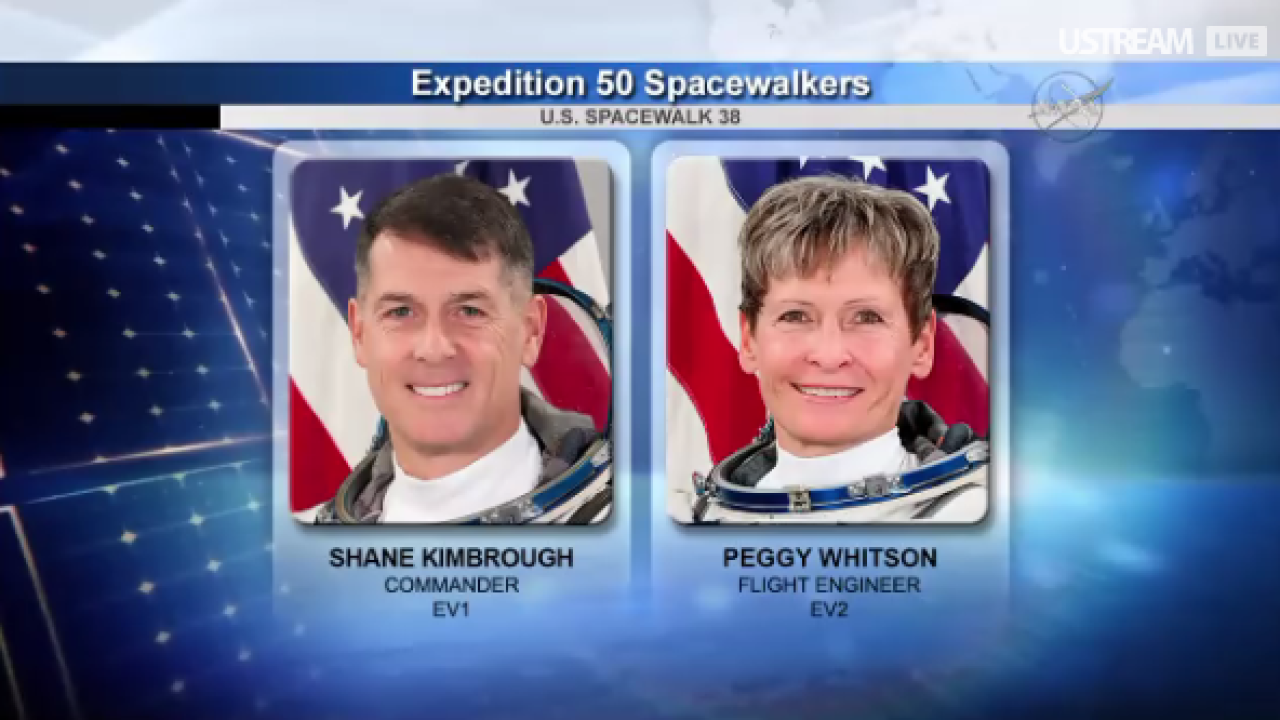 Kimbrough and Flight Engineer Thomas Pesquet of ESA will perform the second of two spacewalks to upgrade the orbital outpost’s power system next Friday, January 13.

There are currently six people on the International Space Station — Kimbrough, Whitson, and Pesquet are joined by Russian cosmonauts Oleg Novitskiy, Andrei Borisenko, and Sergei Ryzhikov.

Whitson, 56,  is the only female onboard the ISS and with her launch on November 17, became the oldest woman to fly into space. When her mission ends, she will have spent more time in space than any other U.S. astronaut.