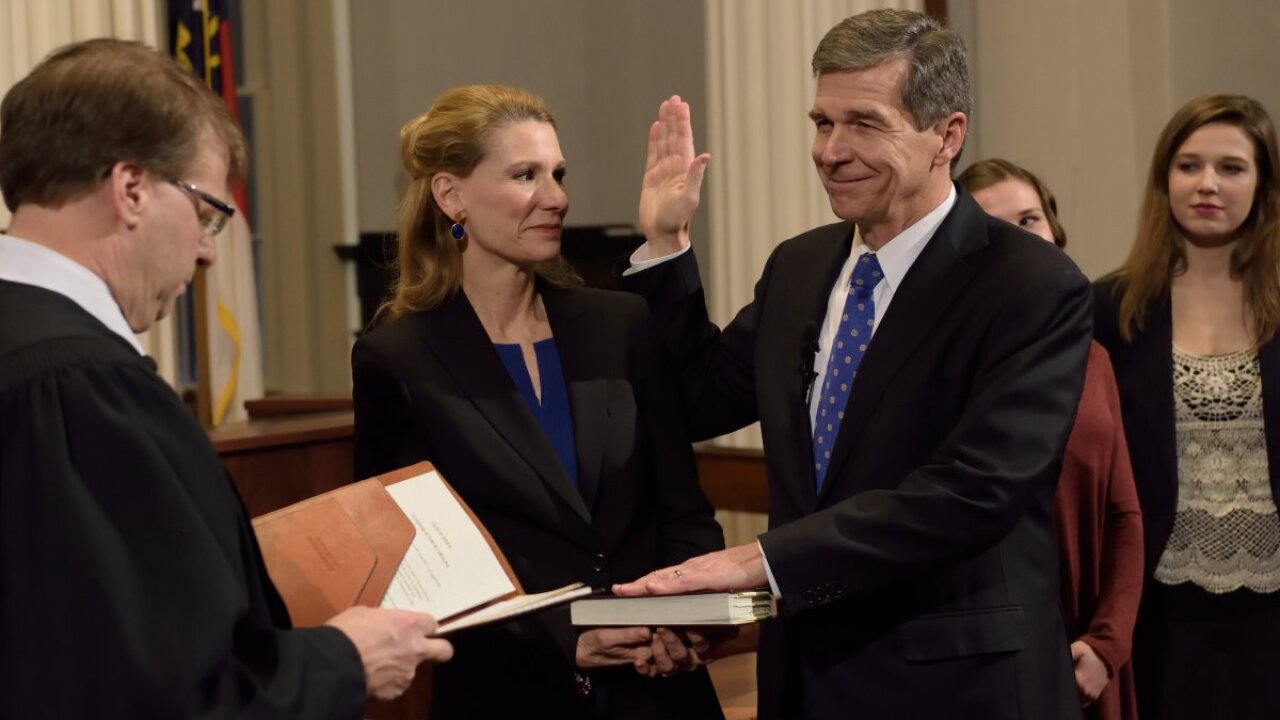 It is the honor of my life to be your governor, and to work for all of North Carolina. pic.twitter.com/bC9GzHdTtH

Cooper opposes the controversial  law that was signed by McCrory in March that limits non-discrimination protections for LGBT people and directs which public bathrooms transgender people can use.

As people were out celebrating and bringing in the New Year, Cooper had his hand on the Bible, surrounded by a small group of friends, family and colleagues.

A bigger public inaugural ceremony will be held January 7th.