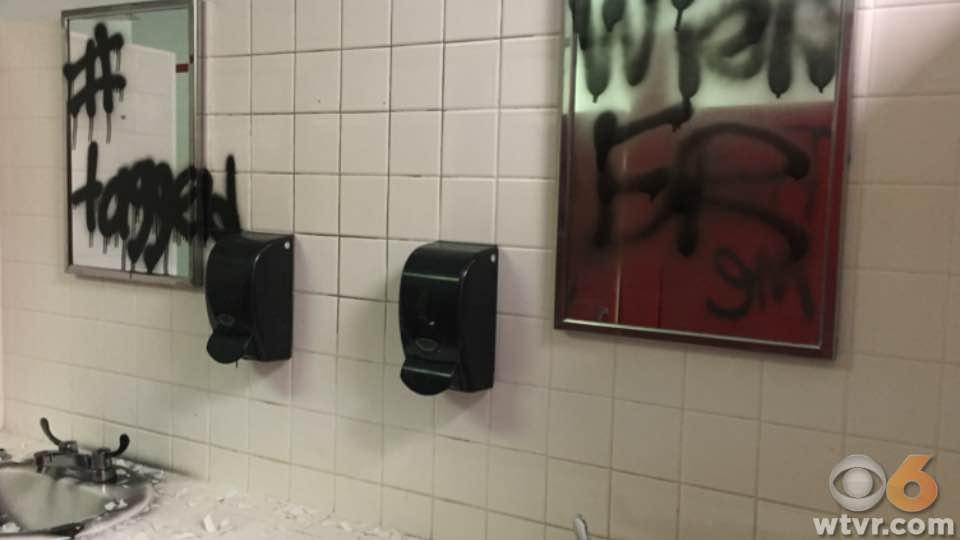 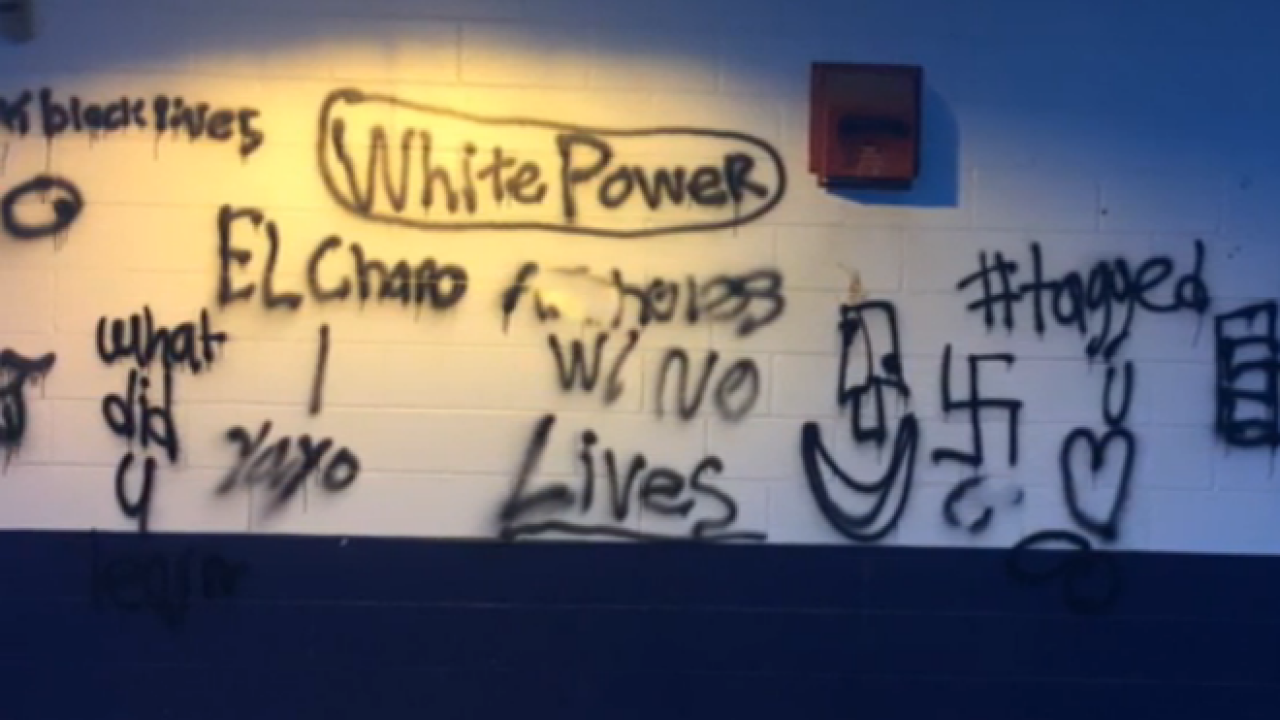 HENRICO, Va. – Sometime overnight the Tuckahoe Little League complex in the West End area of Richmond was vandalized with vulgar messages, many with a racist tone.

As WTVR reports, offensive messages in black spray paint covered the outside walls of the building. An officer on scene said because of the nature of the messages, the incident could possibly be reported as a hate crime, although right now the crime is being investigated as vandalism.

Park and Recreation officials were on scene along with Henrico County Police to survey and investigate the damage.

Police believe a group of kids may be responsible for the crime.

A park supervisor said that the main gate to the property is usually closed overnight and the bathrooms are locked, but the employee who usually closes up at night was sick yesterday and that the person who filled in didn't know how to lock the gate.

The vandals also went inside the complex and damaged the bathrooms. A smashed urinal sat in broken pieces below a misspelled message of “oopps.”

That was about the most innocuous message left, as the other spray painted words insulted those participating in the Black Lives Matter movement, along with immigrants and a message of “White Power” in black paint at the top of the wall. One message graphically insulted the President-elect, Donald Trump.

Swastikas, centuries ago a Sanskrit symbol for good fortune that became used on the Nazi flag under an administration that persecuted Jewish people, were also scrawled on the wall at the Little League center.

"Desensitization that people have, young people especially to the language and what they're saying and putting out there -- that's disturbing more than anything," said Theresa Nunez, whose son played at Tuckahoe Little League.  "Besides the fact that it's just wrong--vandalism is wrong. Somebody is destroying a vital piece of this neighborhood."

"There's [sic] people there almost all the time," Nunez added. "Always been a great recreational area outlet both for kids and the parents."

Henrico Police continue to investigate the crime. The complex, which has been around almost 60 years, is located off John Rolfe Parkway in the West End.