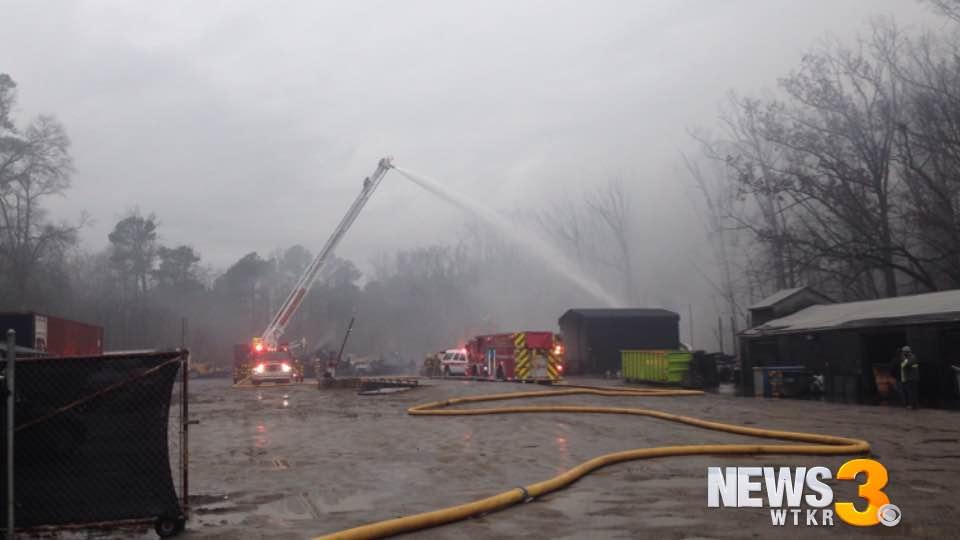 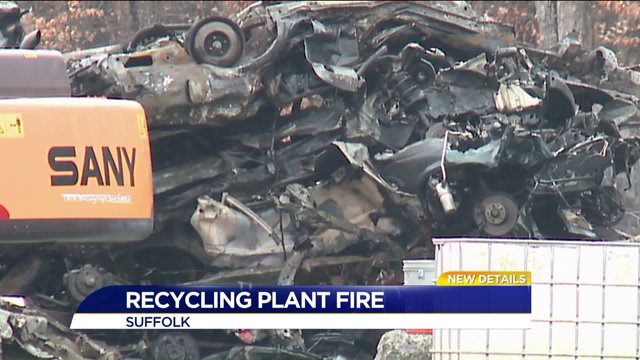 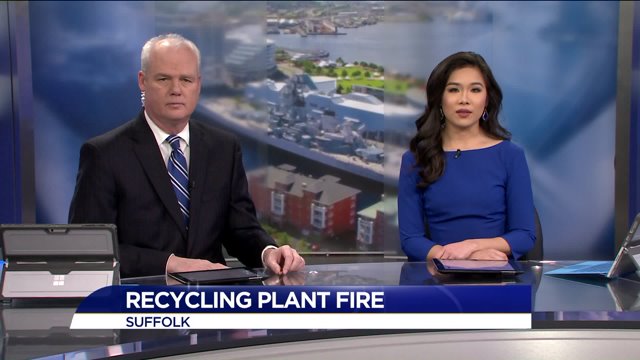 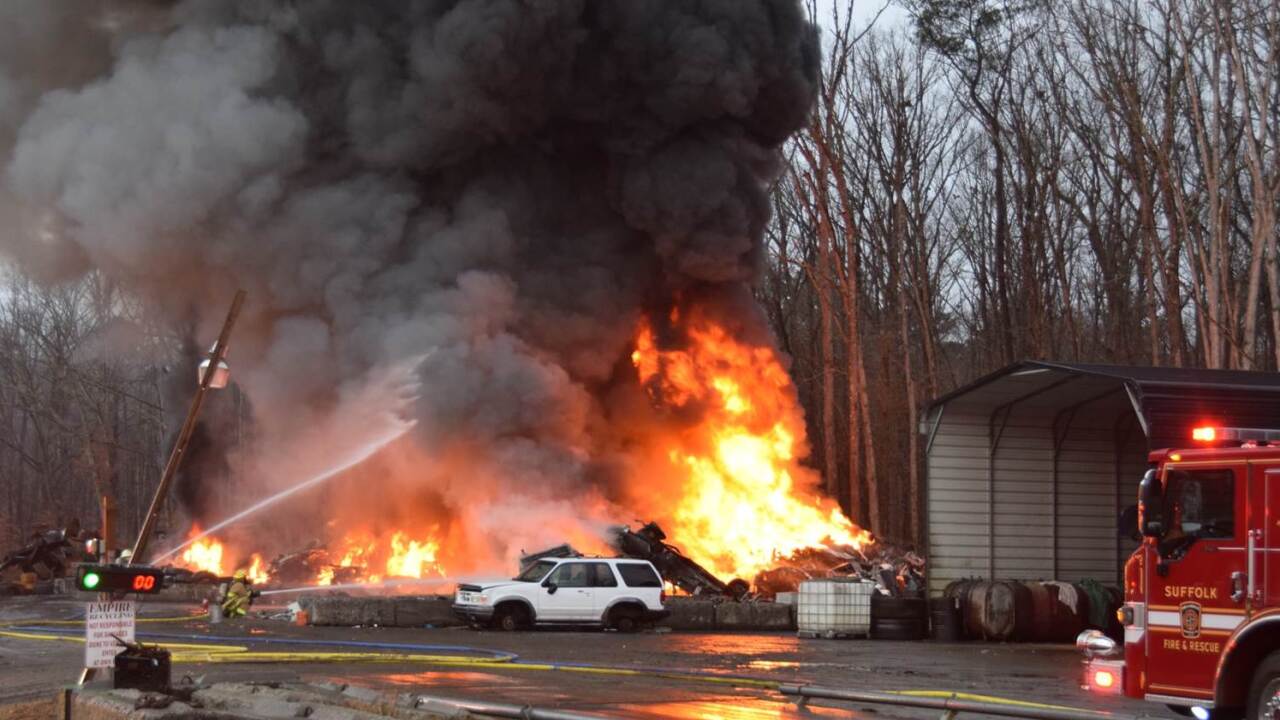 SUFFOLK, Va. - Suffolk fire crews are battling a scrap metal fire at a recycling plant in the 200 block of Suburban Drive.

Witnesses say they saw thick black smoke rising from the property. As they got closer to the source they reported seeing large flames as tall as 20 feet.

Fire fighters say the fire was difficult to put out because the scrap metal and cars on the property caused the fire to grow.

According to Suffolk Fire & Rescue, the fire was under control at 9:31 a.m.

No one was injured and no buildings were involved in the fire.

Suffolk Police assisted with traffic control and closed part of the road during the incident.

The cause of the fire was determined to be accidental. 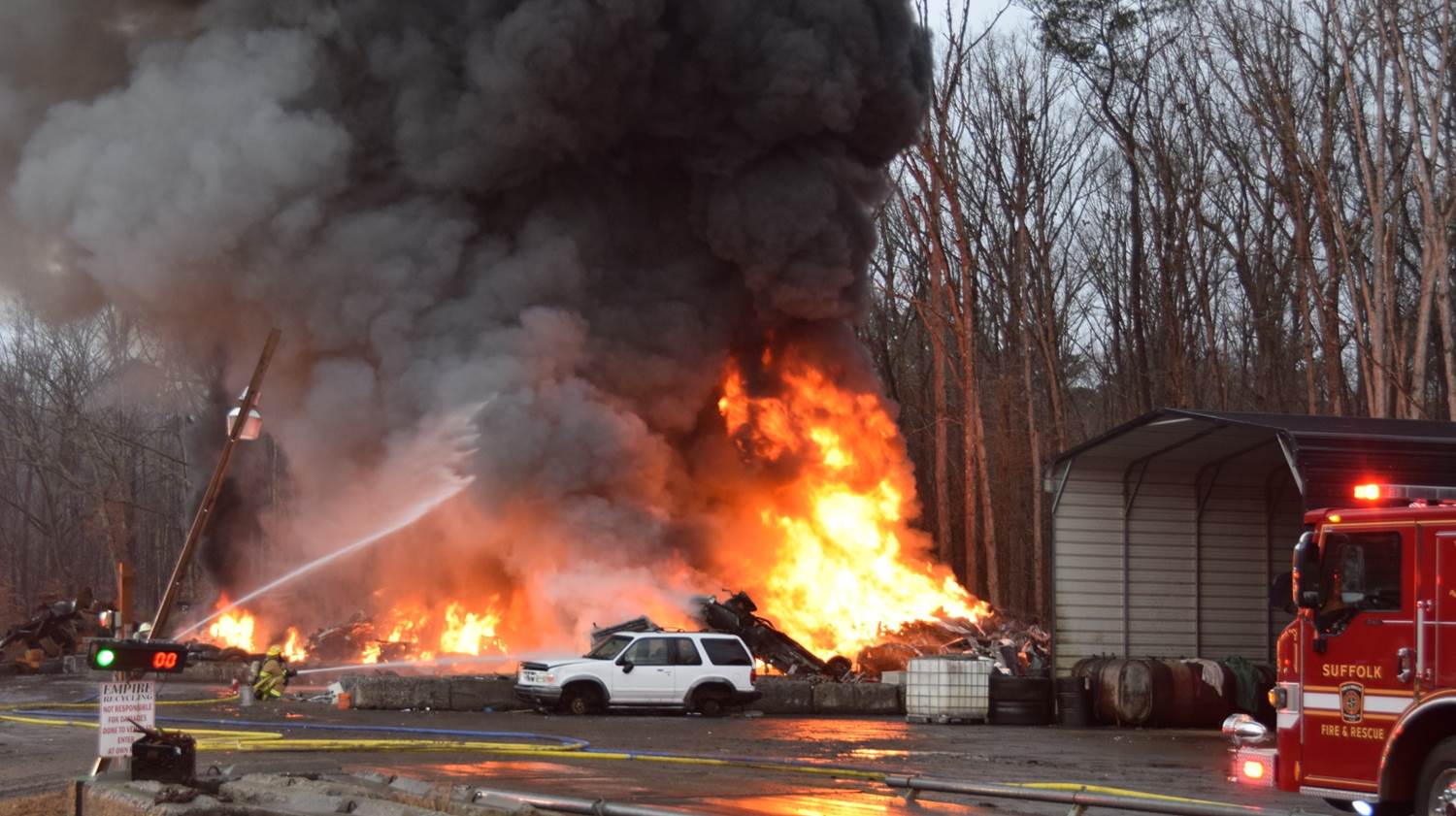