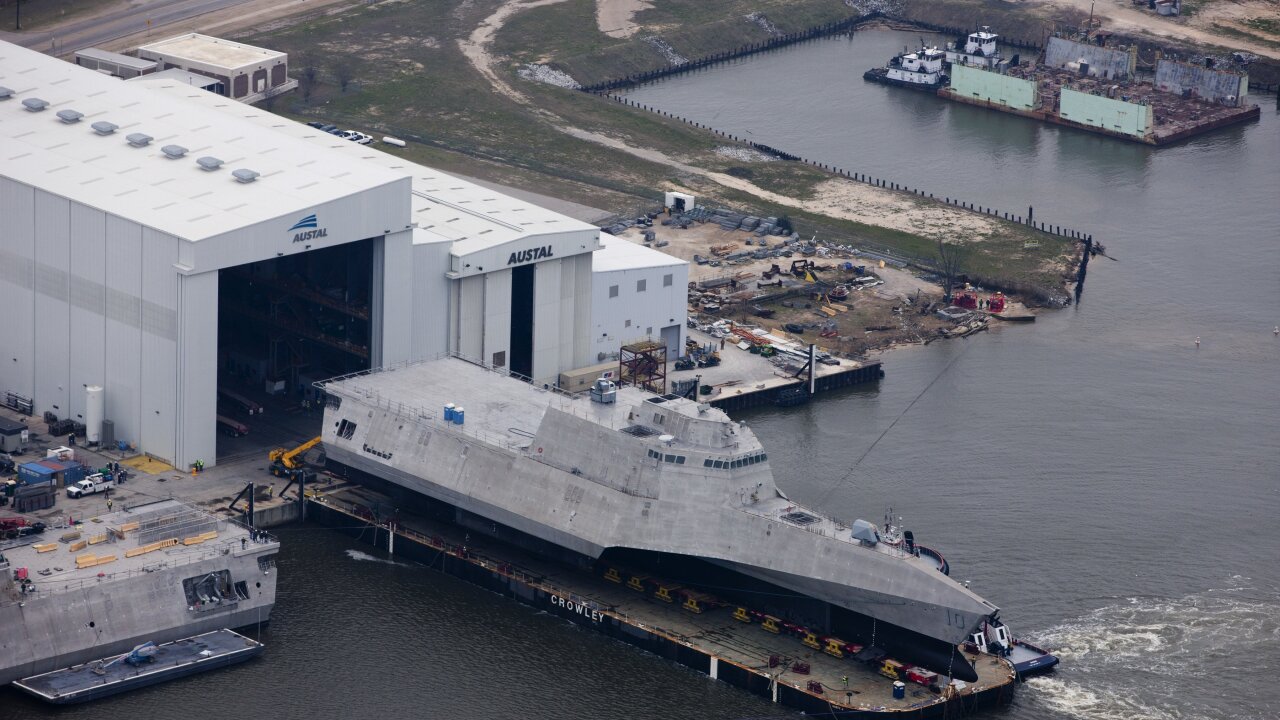 The USS Gabrielle Giffords, a Naval littoral combat ship built at the Austal USA shipyards, is docked on the Mobile River in Mobile, Alabama.

The USS Gabrielle Giffords, a Naval littoral combat ship built at the Austal USA shipyards, is docked on the Mobile River in Mobile, Alabama.

The USS Gabrielle Giffords is set to sail.

The Navy accepted delivery of the $475-million littoral combat ship from shipbuilders during a ceremony in Mobile, Alabama, last week.

Named in honor of the former Arizona congresswoman who was shot in the head and badly wounded in 2011, the vessel is the ninth littoral combat ship to join the fleet.

It is also the 16th naval ship to be named for a woman.

The Navy expects to receive a total of 26 LCS ships, which come in two versions, the Independence class and Freedom class.

The official transfer of the ship — which took four years to build — from Austal USA to the Navy marks the final milestone before it is commissioned into active service, which is planned for 2017, according to the Navy.

“We are pleased to receive the future USS Gabrielle Giffords into the LCS class,” Capt. Jordy Harrison, commander of the LCS Squadron, said in a press release. “Gabrielle Giffords will join her sister littoral combat ships in their homeport of San Diego in 2017, commencing testing and training for deployed operations upon arrival.”

Despite being touted as a versatile, state-of-the-art warship capable of executing a variety of different mission-types, several lawmakers have criticized the $12-billion littoral combat ship program this year after a series of breakdowns, damaging mishaps and cost increases.

Sen. John McCain, chairman of the House Armed Services Committee, blasted the program as “an unfortunate and classic example of acquisition gone awry,” in a report on government spending waste released earlier this month.

The program’s unit cost has more than doubled from initial estimates of $220 million per ship to $478 million each, according to the report, and the ships have “demonstrated next-to-no combat capability.”

But Navy leaders have defended the ship that is described as a fast, agile and focused-mission platform designed for operation in near-shore (littoral) environments yet capable of open-ocean operation.