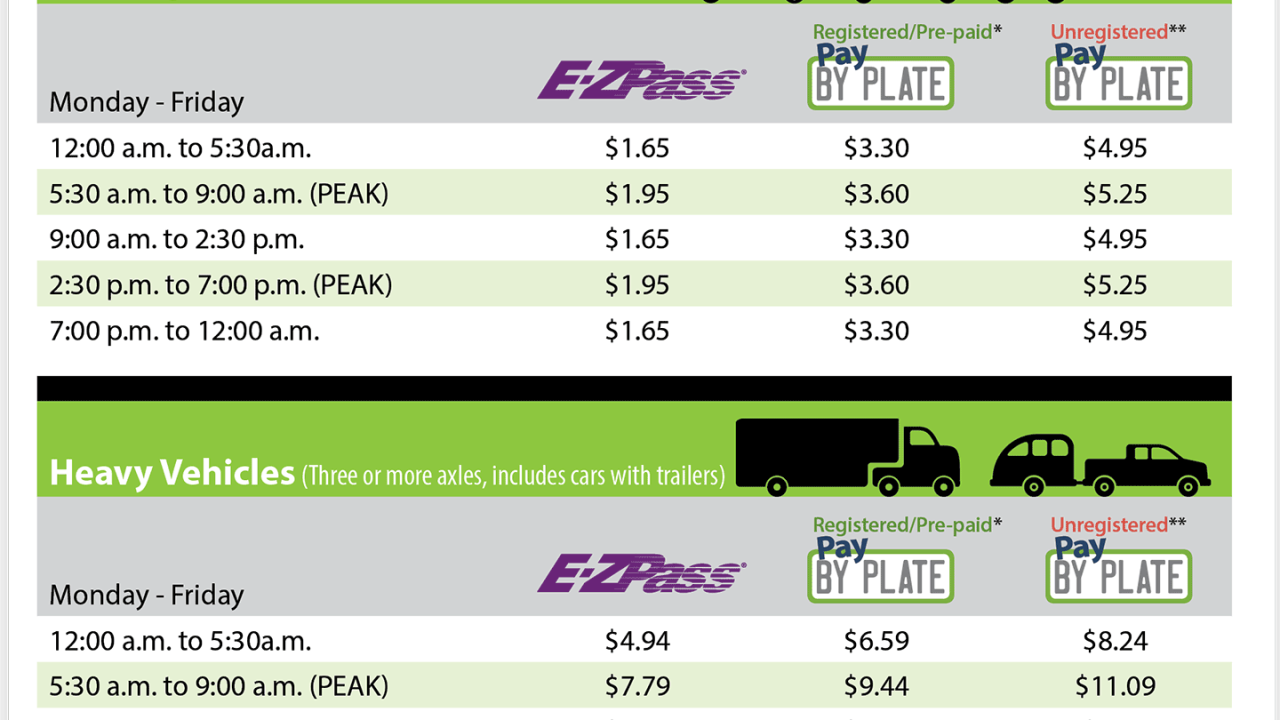 PORTSMOUTH, Va. – Tolls are going up at the Midtown and Downtown Tunnels starting on January 1.

The new rates are $1.65 during off-peak hours and $1.95 during peak-hours for passenger vehicles with E-ZPasses. That represents 40-cent and 45-cent increases.

For heavy vehicles with E-ZPasses, including cars with three or more axles and cars with trailers, the new rates are $4.94 during off-peak hours and $7.79 during peak-hours. The current rates are $3.75 and $6.00.

New signs will be posted with the rates.

A complete breakdown of the rates is available here.