Tomorrow is game day? You better bowl-ieve it! 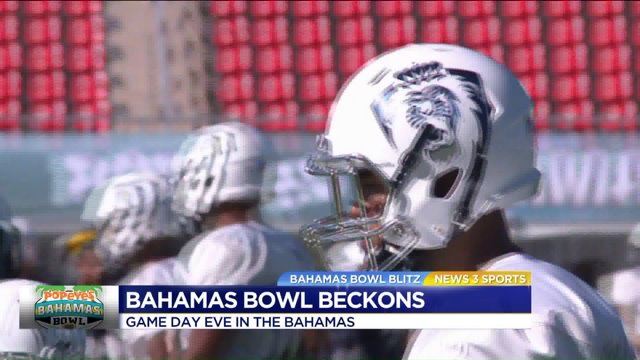 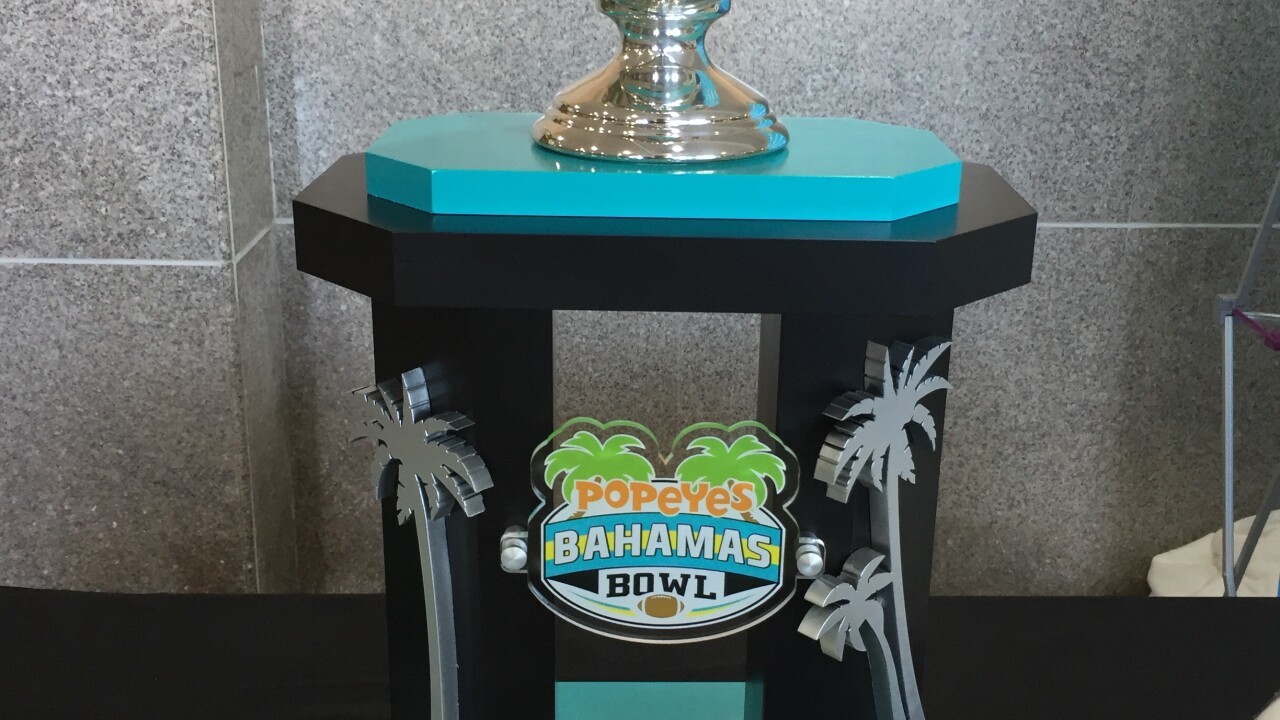 NASSAU, Bahamas - The 2016 Popeyes Bahamas Bowl is the third edition of the game. The prior two contests have been shootouts.

The 2014 and '15 games featured 173 combined points. "In past years those have been teams that have executed well," Old Dominion quarterback David Washington said. "If both teams execute really well it will probably be another shoot-out."

The Prime Minister's Trophy, awarded to the winner of the Popeyes Bahamas Bowl.

Friday at 1pm, ODU takes on Eastern Michigan in the program's first bowl game. EMU hasn't played in a bowl since 1987.

"I feel like it’s very important for us to win our first bowl game ever," said ODU linebacker TJ Ricks. It would put Old Dominion football on the map."

"Football always comes back to execution, it doesn’t matter who is playing – NFL, college, high school – it comes down to execution," said ODU head coach Bobby Wilder. "Who executes the best tomorrow in special teams, defense and offense, who converts on fourth down, who plays well in critical situations at the end of the half and at the end of the game, that’s what it will come down to tomorrow. I hope it’s an exciting game. I’d love to see it come down to the last minute – of course with Old Dominion winning."