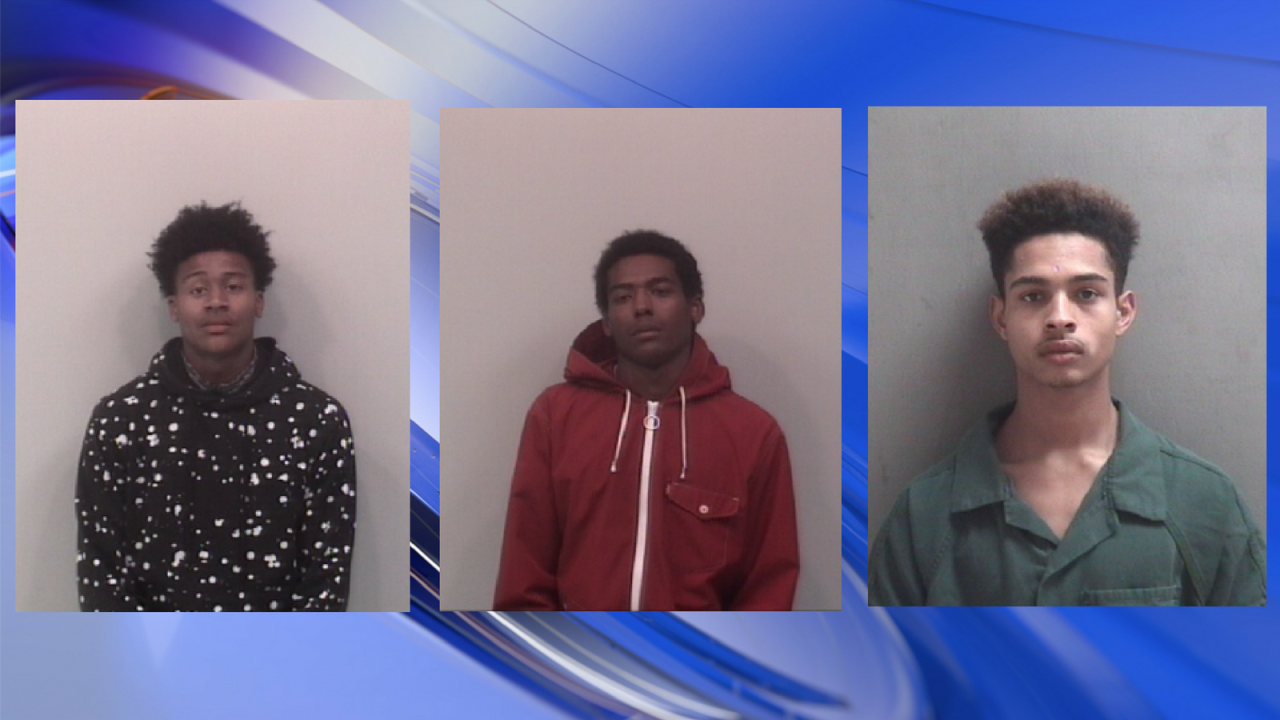 ELIZABETH CITY, N.C. – Three suspects have been arrested Wednesday night after admitting to breaking into over 20 cars, police say.

Detectives were originally trying to find a Toyota Avalon in the Southern Ave., area of Elizabeth City.

The Toyota was seen driving and parking in a residential driveway. The occupants of the vehicle exited and walked down toward a parked vehicle.

The occupants were then confronted and abruptly left the area.

Elizabeth City Police then found the vehicle on Southern Ave., and they followed as it made evasive maneuvers.

The vehicle the stopped in the 700 block of Herrington Road and officers identified Deangelo Lee, Dwane Rodriguez, and Jerold McCoy.

Officer saw several wrapped gifts in the vehicle and learned it matched the description of a vehicle involved in a car break-in that happened earlier on Wednesday.

Officers interviewed the suspects and they admitted to breaking into 20 or more vehicles in the Elizabeth City and Pasquotank County area.

The suspects each were placed on a $35,000 bond and were transported to Albemarle District Jail.