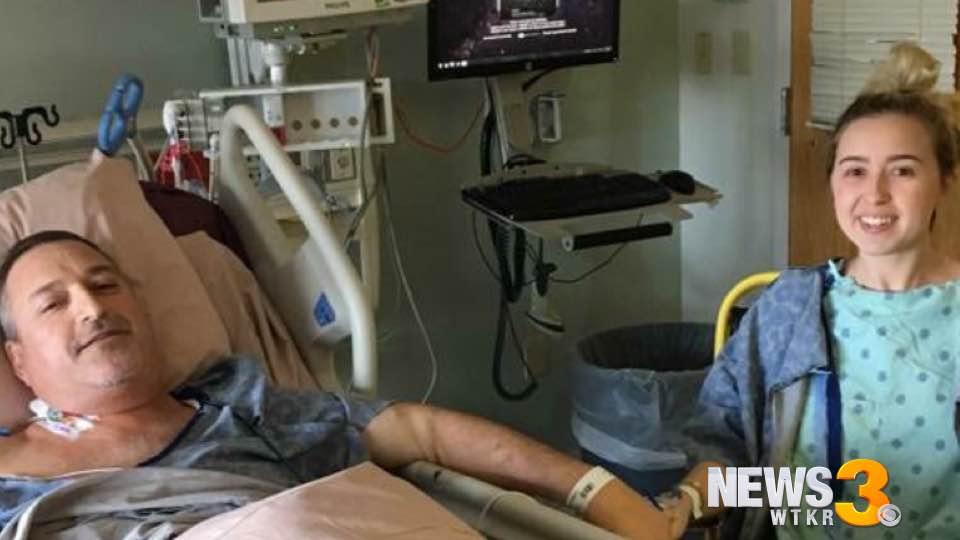 The Whitelaw's have an extra reason to celebrate this holiday season. 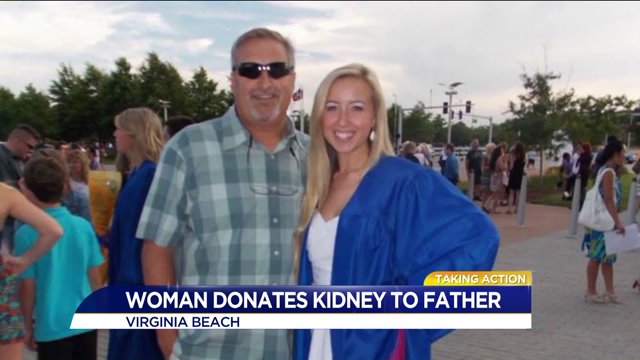 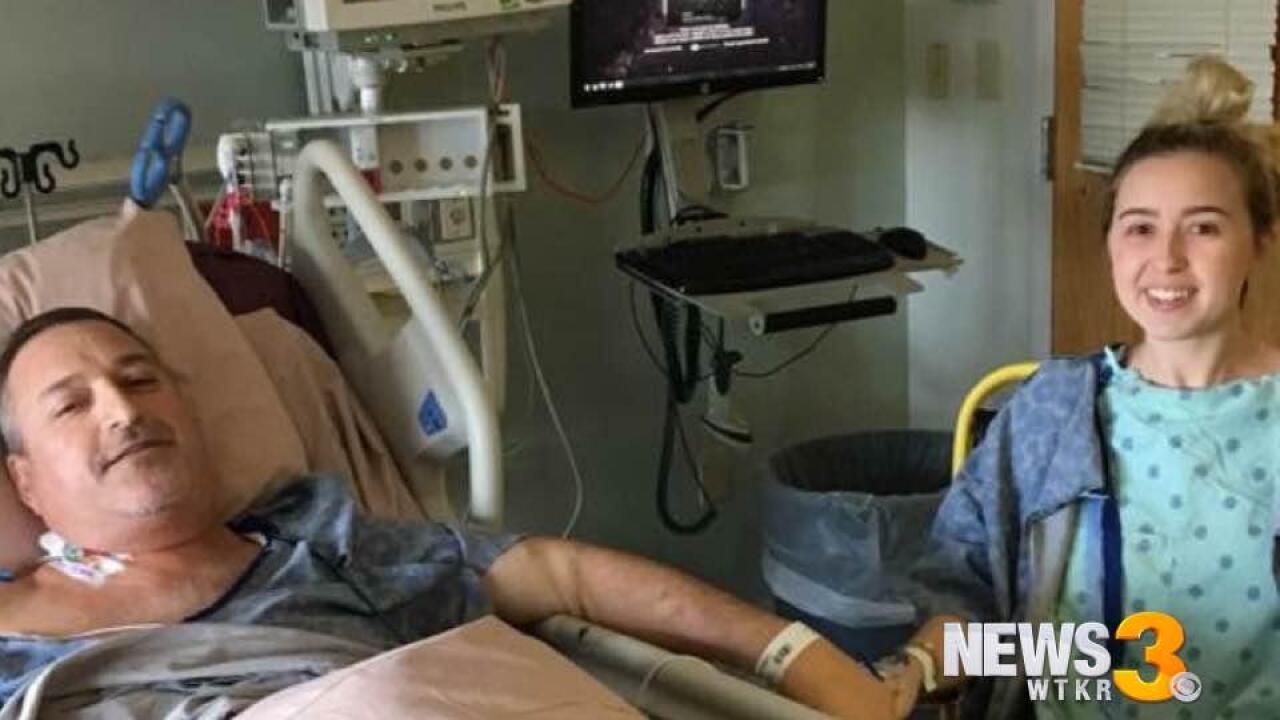 VIRGINIA BEACH, Va - A Virginia Beach man received the perfect Christmas present from his daughter this year -- one of her kidneys.

Don Whitelaw says he's been battling end-stage renal disease for four years. He's been on dialysis the entire time along with a kidney donation list.

In June, his 22-year-old daughter, Kaleigh, decided her father had waited long enough. She was tested and soon learned she was a perfect match.

"I don’t think I was ever afraid, I think I knew from the beginning I wanted to do it," said Kaleigh Whitelaw.

The two underwent kidney transplant surgery last week and are recovering at home.

"It was tough, it was stressful, but she said she wanted to do it and there was nothing changing her mind," said Don Whitelaw, 53. "I was blessed she did it for me."

Mom, Yvonne Whitelaw, is helping her husband and daughter during their recovery. A GoFundMe page has been set up to help the family with bills.

The family of three says they plan to celebrate the date of the surgery (December 13) every year.