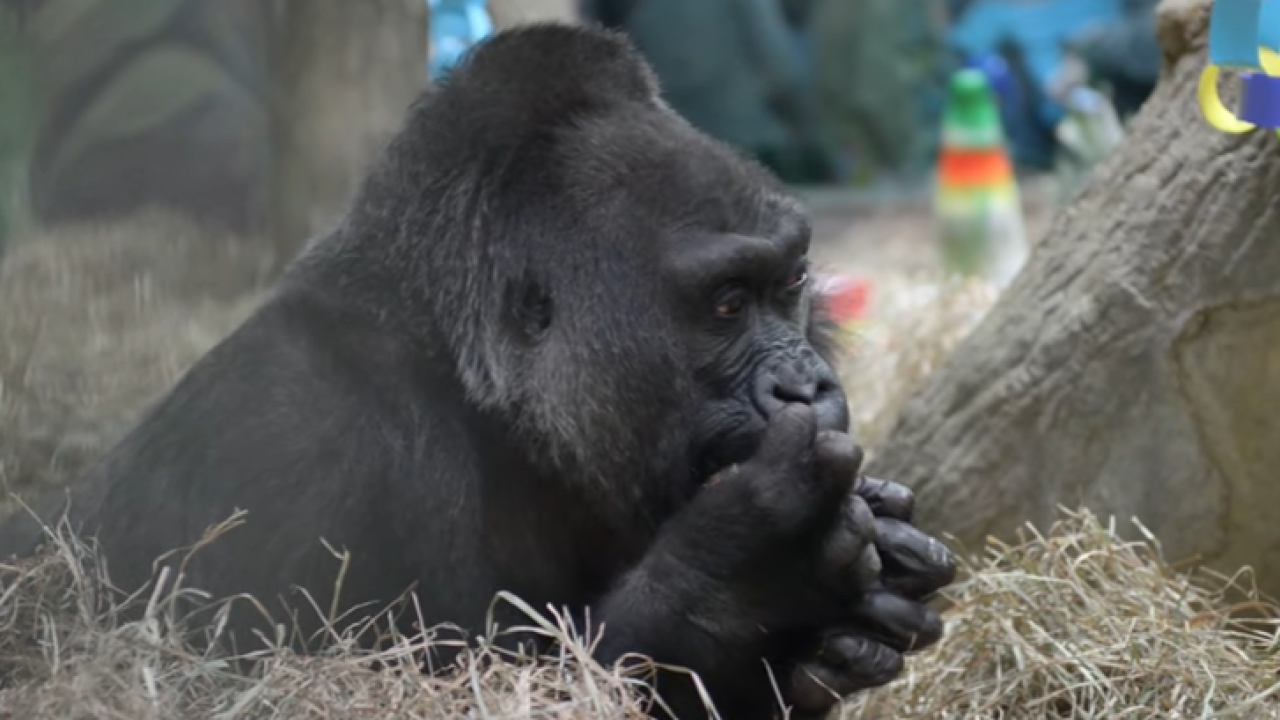 The nation’s oldest living gorilla, Colo, is celebrating her 60th birthday on Thursday at the Columbus Zoo.

Colo celebrates her 59th birthday in 2015

Colo was the first gorilla in the world born in a zoo and has surpassed the usual life expectancy of captive gorillas by two decades.

“Colo just epitomizes the advances that zoos have made, going all the way back to her birth at Columbus,” Dr. Tom Meehan, vice president for veterinary services at Chicago’s Brookfield Zoo and veterinary adviser to a national gorilla species survival plan told CBS News.

Colo is one of several elderly gorillas around the country. The oldest known living male gorilla, Ozzie, is 55 years old and lives at the Atlanta Zoo, which has a geriatric gorilla specialty.

“Geriatrics is probably one of our most common medical challenges that we face in a zoo situation,” said Dr. Keith Hinshaw, director of animal health at the Philadelphia Zoo. “So pretty much anything that you could imagine would happen with an older person is going to happen eventually with any animal.”

Colo, a western lowland gorilla, holds several other records. On her 56th birthday in 2012, she exceeded the record for longest-lived gorilla. On Thursday, she surpasses the median life expectancy for female gorillas in human care (37.5 years) by more than two decades.