FDA turns critical eye to lead in lipstick, other cosmetics 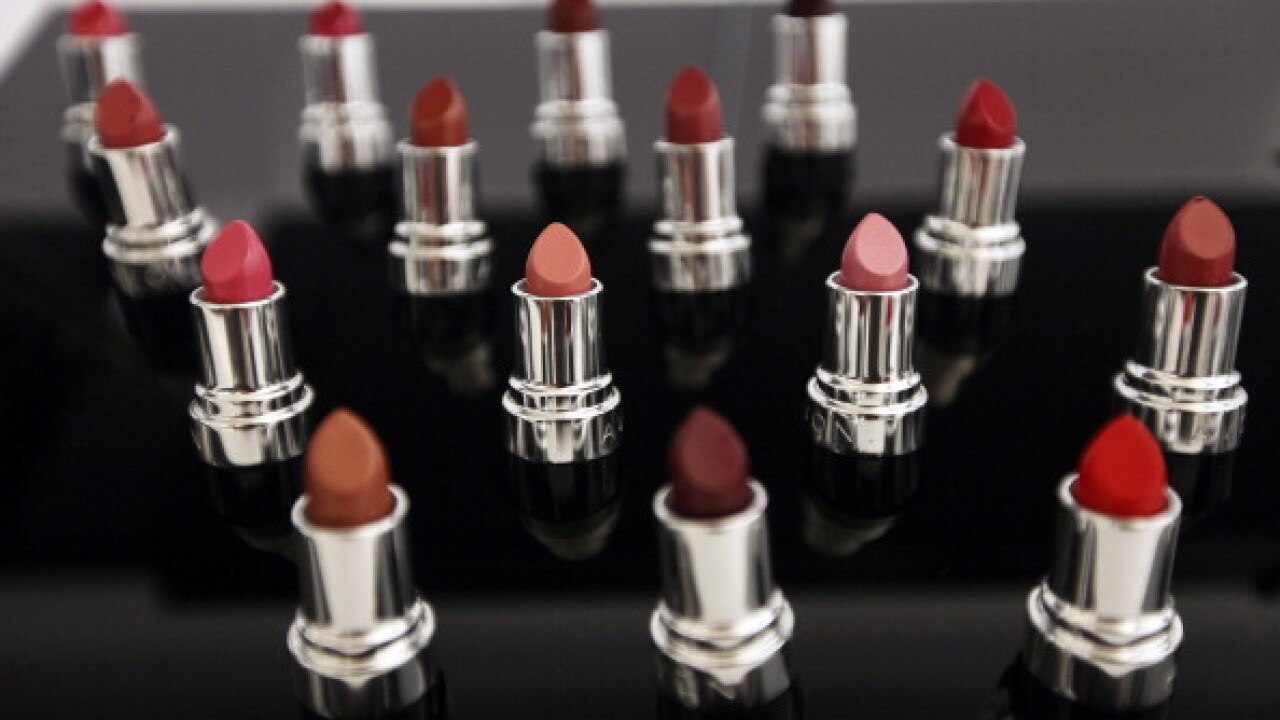 The Food and Drug Administration has turned a critical eye to lead in cosmetics such as lipstick, eye shadow and shampoo.

In a new draft guidance issued on Thursday, the FDA suggested a limit on lead contained in cosmetics marketed in the United States: a maximum of 10 parts per million for lead in lipsticks, lip glosses and lip liners, as well as externally applied cosmetics, such as eye shadows, blushes, body lotions and shampoo.

The new guidance does not apply to hair dyes that contain lead acetate as an ingredient or to topically applied products classified as drugs.

A summary document written by Leslie Kux, associate commissioner for policy at the FDA, stresses that the new guidance “does not establish any rights for any person and is not binding.” Instead, the new guidance simply represents the FDA’s “current thinking” on the issue of lead in cosmetic products.

“Although most cosmetics on the market in the United States generally already contain less than 10 ppm of lead, a small number contained higher amounts, and we are aware that some cosmetics from other countries contain lead at higher levels,” the FDA said on its website. “This makes guidance on recommended maximum lead levels all the more important as more products are imported into this country.”

The FDA’s thinking is that, below the 10 parts per million level, cosmetics absorbed through the skin or lipstick swallowed when consumers lick their lips will not result in detectable levels of lead in the blood.

Lead can accumulate in the body over time and can affect almost every organ and system in the body. No amount is considered safe, though certain amounts are not considered “elevated.” For adults, blood lead levels equal to or greater than 10 micrograms of lead per deciliter of blood are considered elevated by the Centers for Disease Control and Prevention. For children, it is half this amount.

Not a rule, a suggestion

More than 99% of the cosmetic lip products and externally applied cosmetics on the US market contain lead at levels below 10 ppm, according to the FDA. Testing by the FDA found one eye shadow, Clarins Paris Mono Couleur 19 Ice Blue, and one blush, L’Oreal Lancome Blush Subtil 8 Brun Roche, contained 14 parts per million of lead.

“In 2011, a Citizen Petition from an association representing the personal care products industry requested that the FDA issue a guidance document limiting lead to 10 ppm in cosmetic lip products and externally applied cosmetics,” said Theresa Eisenman, a spokeswoman for the FDA.

The new FDA draft guidance is not a rule that must be followed; it’s only a suggestion, said David C. Steinberg, founder of Steinberg & Associates, Inc, a consulting company for the personal care industry which specializes in US regulations for cosmetics and cosmetic chemistry. Steinberg is a former national president of the Society of Cosmetic Chemists, which told CNN it does not comment on industry matters.

The International Cooperation on Cosmetic Regulation or ICCR, which consists of the cosmetic regulatory branch of the FDA and its counterparts in Brazil, Canada, the European Union, and Japan, agreed on the same maximum level of lead when they convened for their annual meeting three years ago, Steinberg said. ICCR works with independent cosmetic industry trade associations to align cosmetic product regulations globally in order to minimize trade barriers while maximizing consumer protections.

“One of the things ICCR looked at is heavy metals,” explained Steinberg. “They all agreed that the maximum level of lead in cosmetics should be what the FDA’s guidance just came out with — so it’s not really new.”

The FDA’s Eisenman noted that “While FDA considered ICCR recommendations, the agency also conducted its own testing and exposure analysis.”

The many hues of lead

How does lead get into lipstick and lip gloss in the first place? According to Steinberg, lead contamination comes from the colors.

Lead is a naturally occurring toxic metal found in the Earth’s crust. Mining, smelting, manufacturing and recycling activities utilize lead, which is also used in many products, including paints, solder, stained glass, lead crystal glassware, ammunition, ceramic glazes, jewelery, toys and in some cosmetics and traditional medicines, according to the World Health Organization.

Cosmetics marketed in the US are required to be safe and properly labeled, based on the federal Food, Drug and Cosmetic Act and other laws. Unlike drugs, cosmetics do not need to win pre-market approval from the FDA, but color additives require pre-market approval when used as an ingredient in cosmetics.

“You have to understand that it is the dose that is critical,” explained Steinberg who described lead as “ubiquitous in everything you have, you do, everything you know — all your fabrics all your dirt, all your food. The levels are basically very, very small … unless you get actual lead.”