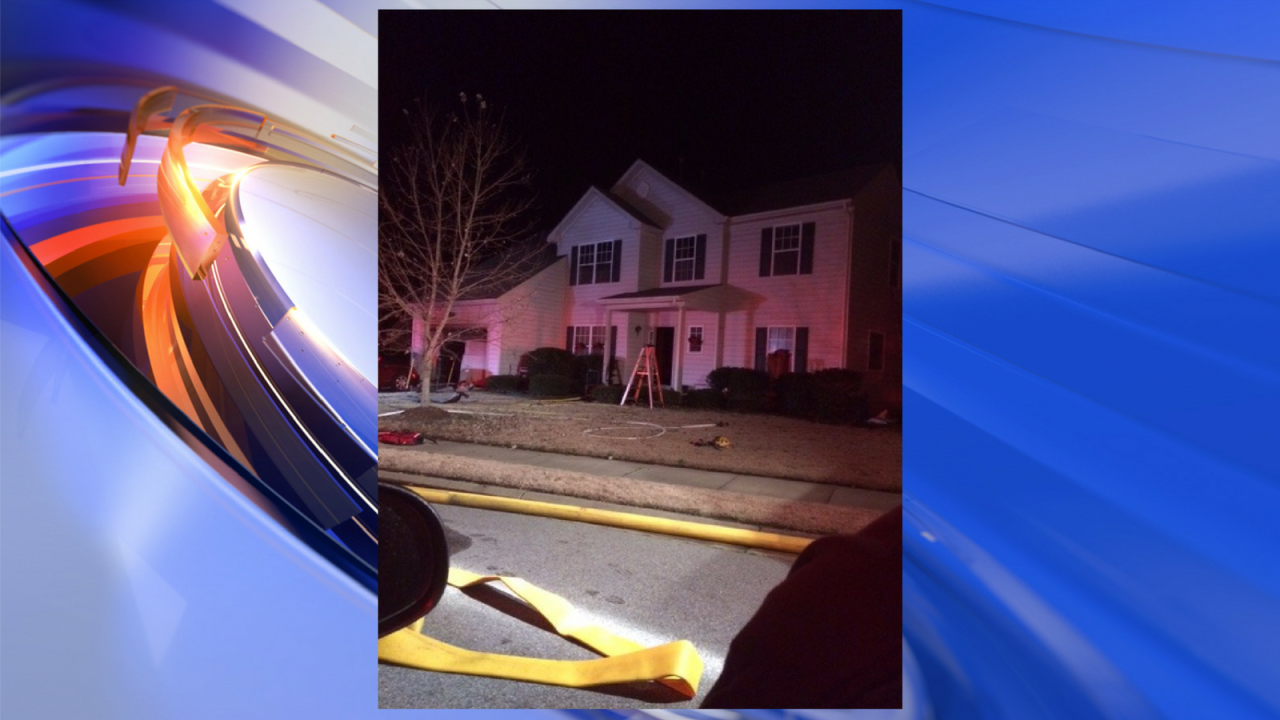 SUFFOLK, Va. – A dog died in a home fire on Thursday night, according to fire officials.

Suffolk Fire and Rescue responded to the fire in the 100 block of Zebulon Court around 9 p.m.

Heavy smoke could be seen coming from the garage inside the two-story residence.

The fire was marked as under control at 9:50 p.m. and it was contained to the garage.

There were two adult occupants home at the time and they had no reported injuries but a dog that was in the garage at the time of the fire died.

The two residents were displaced and will be assisted by the Red Cross.

A preliminary investigation of the incident showed that the fire started in the garage but the cause is undetermined.