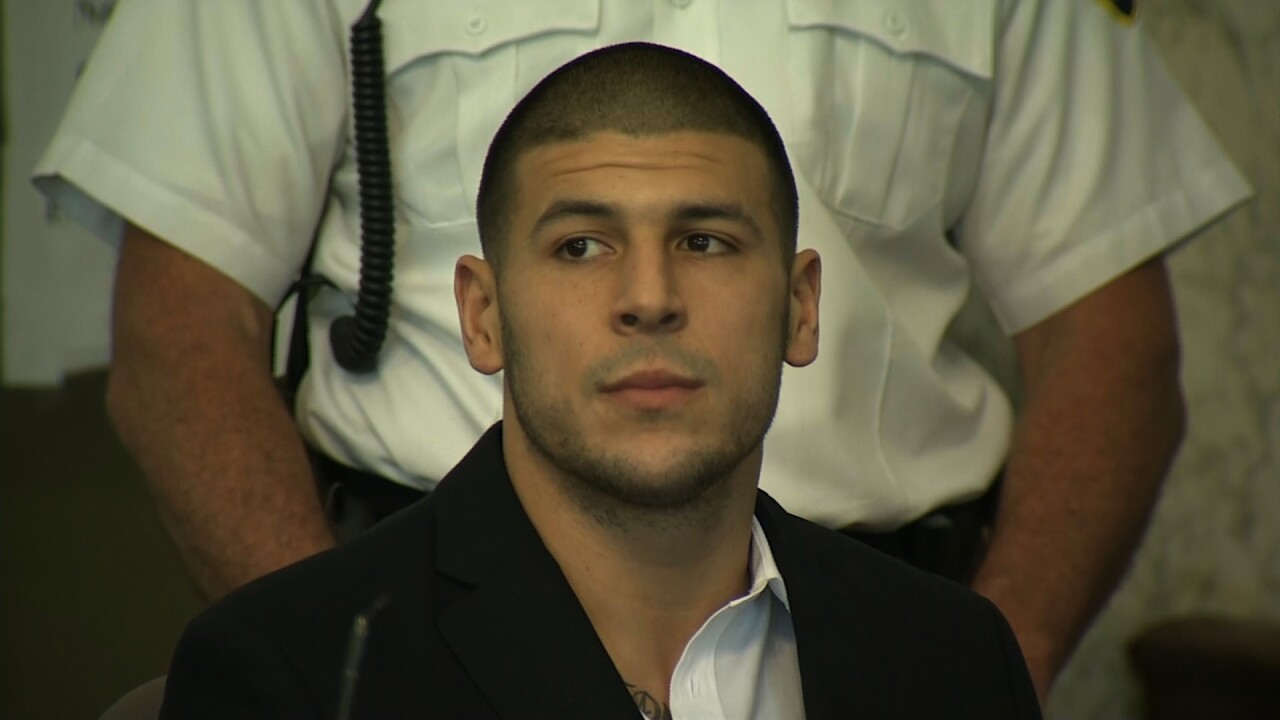 A survivor identified imprisoned former New England Patriots player Aaron Hernandez as the person who shot and killed two men inside the same car in which he was riding.

Prosecutors allege that an accidental dance floor bump and a spilled drink at a Boston club in July 2012 agitated Hernandez, causing him to follow the car carrying the victims and open fire at a stoplight.

Hernandez, who is serving a life sentence after being convicted of the 2013 killing of semipro football player Odin Lloyd, has pleaded not guilty to two counts of first-degree murder in the deaths of Daniel de Abreau and Safiro Furtado.

Raychides Sanches testified Tuesday at a pretrial hearing that he was riding in the back seat of a vehicle with four others after leaving the Boston club.

The men were listening to music and talking when they pulled up to a stoplight. Sanches testified that a SUV pulled up and a man leaned out and yelled, “What’s up, negroes?”

Sanches, covered in blood, got out to check on his friends and said he was able to get a look at the shooter.

Jose Baez, Hernandez’s attorney, asked what the shooter looked like. Sanches said, “It looked like him” as he nodded in the direction of Hernandez. Baez asked him to clarify who “him” was and he uttered “Hernandez.”

The witness said Furtado, 28, had already died when he tried to render aid. Sanches tried to apply pressure to de Abreau’s wounds to stop the bleeding. De Abreau, 29, died in his arms before emergency responders arrived.

As Sanches relived the gruesome details, an unidentified woman left the courtroom crying.

Baez called Sanches to the stand in a bid to poke holes in his previous sworn testimony about the events of that evening in Boston. Sanches previously said the SUV that the shooter was riding in was white. The SUV recovered from Hernandez’s uncle’s house in Bristol, Connecticut, was silver.

During the investigation of Lloyd’s death, an SUV was recovered and admitted as evidence. Sanches testified that after seeing a picture of SUV on the local news, he recognized it as the same vehicle being driven by the person allegedly responsible for the slayings of his friends.

Hernandez seemed relaxed in court and could be seen laughing and shaking hands with Baez.

Baez replaced Hernandez’s previous attorneys, who represented him in the Bristol County killing of Lloyd. Baez previously represented Casey Anthony and helped win her acquittal in the death of her daughter, Caylee Anthony, in a trial that garnered national attention.

Also of note in Tuesday’s hearing was discussion of Hernandez’s jailhouse phone calls that were allegedly monitored while he was awaiting trial in Lloyd’s death. His attorneys seemed to suggest that the breach of his calls could have been by Russian hackers, but later acknowledged it’s not clear who breached the system.

A motion submitted by Hernandez’s attorney’s to delay the start of Hernandez’ trial was denied by the judge.

The trial is scheduled to begin in February.