Jeff Sessions’ office accused of prosecutorial misconduct in the ’90s 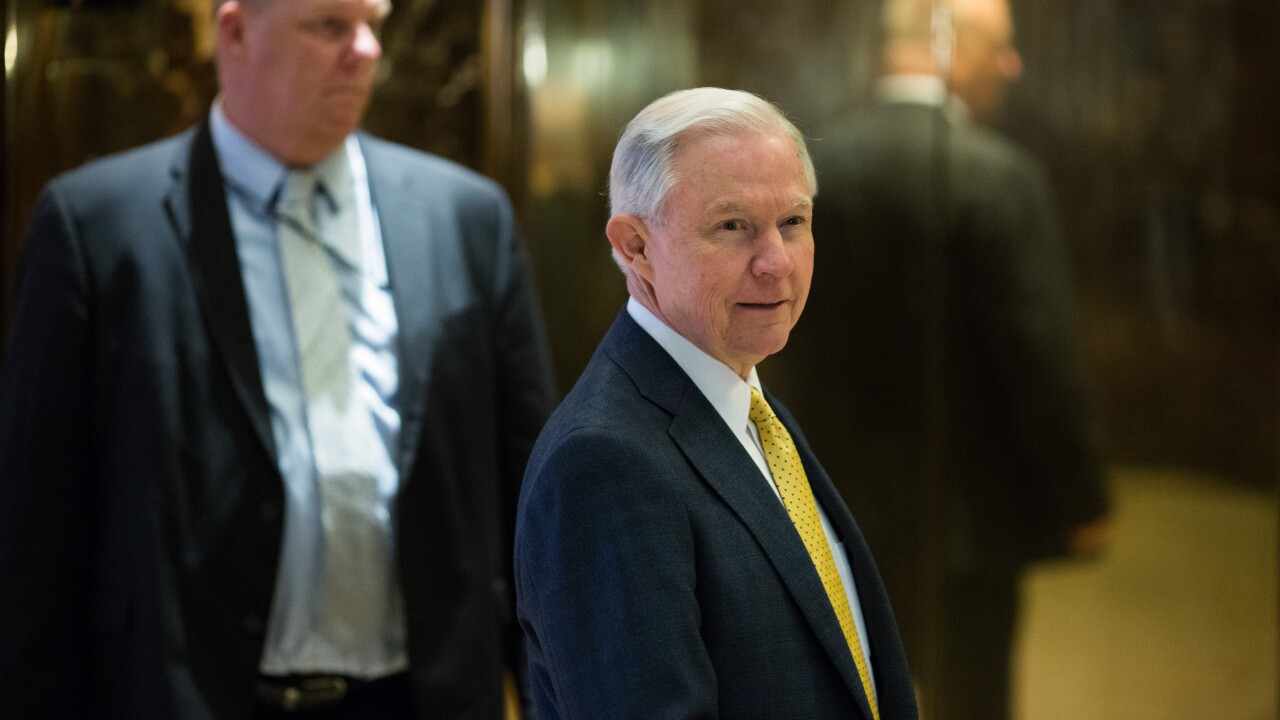 NEW YORK, NY – NOVEMBER 16: Alabama Senator Jeff Sessions arrives at Trump Tower on November 16, 2016 in New York City. . Trump is working on his his presidential cabinet as he transitions from a candidate to the president elect. (Photo by Kevin Hagen/Getty Images)

As Sen. Jeff Sessions awaits a confirmation hearing in hopes of becoming the next US attorney general, a blistering legal opinion on a case he oversaw as Alabama’s top prosecutor two decades ago could emerge as an issue for the nominee.

The 1997 “order and opinion” by an Alabama judge accused the state attorney general’s office, which had headed by Sessions, of the worst prosecutorial misconduct he’d ever seen.

“The court finds that even having been given every benefit of the doubt, the misconduct of the Attorney General in this case far surpasses in both extensiveness and measure the totality of any prosecutorial misconduct ever previously presented to or witnessed by this court,” wrote James S. Garrett, a Jefferson County Circuit Court judge.

The misconduct was “so pronounced and persistent,” Garrett wrote, that “it permeates the entire atmosphere of this prosecution.”

As a result, Garrett dismissed the case, which, according to the judge’s order, had earlier been heralded by Sessions’ office as being “of the greatest magnitude” it had undertaken in the past 25 years.

Sessions did not respond to requests for comment from CNN. He also did not mention the case on a questionnaire he submitted ahead of his upcoming Senate confirmation hearing, which included a section for “most significant litigated matters.”

At the time of the judge’s order, Sessions told the Associated Press the “the allegations in the order are unfounded and without merit.”

He has previously said Garrett should have let the case go to trial and should not have used such inflammatory language in his order.

“I have a bit of philosophy about it,” Sessions told the Montgomery Advertiser two days after the ruling was issued. “Judges have got to watch this, because if prosecutors are continued to be abused by defense lawyers, it can chill their willingness to take on high profile, complex cases.”

The Alabama Ethics Commission investigated Sessions’ role in the case after the owner of the indicted company submitted a complaint.

The case was dismissed based on “insufficient facts,” an ethics commission spokesperson told CNN.

A subsequent appellate court ruling have to do with a related civil case called Garrett’s order “unreliable and misleading.” The appellate justices noted that Garrett’s harshly worded opinion was based, in part, on a statement of facts provided by defense counsel in the case.

Garrett acknowledged in his order that he reviewed defense counsels’ statement of facts which he found “thoroughly and extensively documented” as well “accurate and correct.” He wrote that he adopted them for the basis of his findings and conclusions contained in the order.

The case at issue stemmed from the attorney general’s criminal prosecution of Tieco, Inc., a Birmingham, Alabama-based turf and industrial equipment company. Sessions’ office accused Tieco and some of its officers of cheating customers and suppliers through bogus billings and kickbacks.

The case was initiated based on a complaint to the attorney general’s office by an attorney representing “an apparent competitor” of Tieco, according to Garrett’s order.

The judge noted that the complaint could have been motivated by a competitor’s desire to “gain a business advantage” and that “should have been a possibility the Attorney General’s office should have considered in its investigation.”

The judge wrote that he was “somewhat curious” and “puzzled” by similarities between language in the search warrant affidavit filed by Sessions’ office in the criminal case and a subsequent civil court complaint filed against Tieco.

J. Mark White, an attorney for Tieco in the criminal case, told CNN the attorney general’s office cooperated with a company that later sued Tieco in civil court.

“I have never seen a case before like this where the government used its police powers to assist a civil case,” White said. “There should be a bright line between how civil and criminal cases are handled.”

A year after the high-profile indictments, Garrett found that the case was rife with prosecutorial misconduct, including failures to turn over exculpatory evidence, deceptive testimony by assistants or agents of the Attorney General and “flagrant disregard of the constitutional rights of those accused.”

“This court can only conclude it is dealing with either intentional and deliberate misconduct or conduct so reckless and improper as to constitute conscious disregard for the lawful duties of the Attorney General and the integrity and dignity of this court and this Judge.”

Sessions stepped down as Attorney General after being elected to the Senate in 1996.

He did so before Judge Garret’s opinion was issued in 1997. His successor, Bill Pryor, did not appeal Garrett’s ruling.