Santa gets pulled over in Virginia Beach 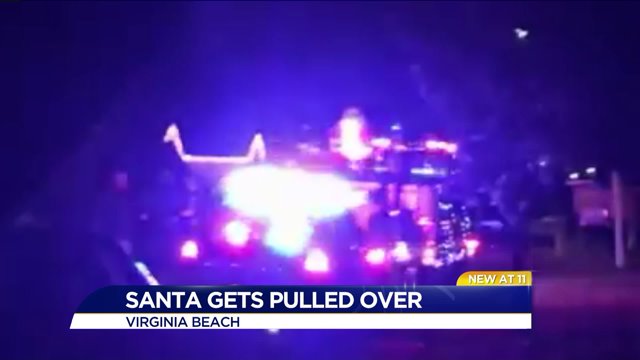 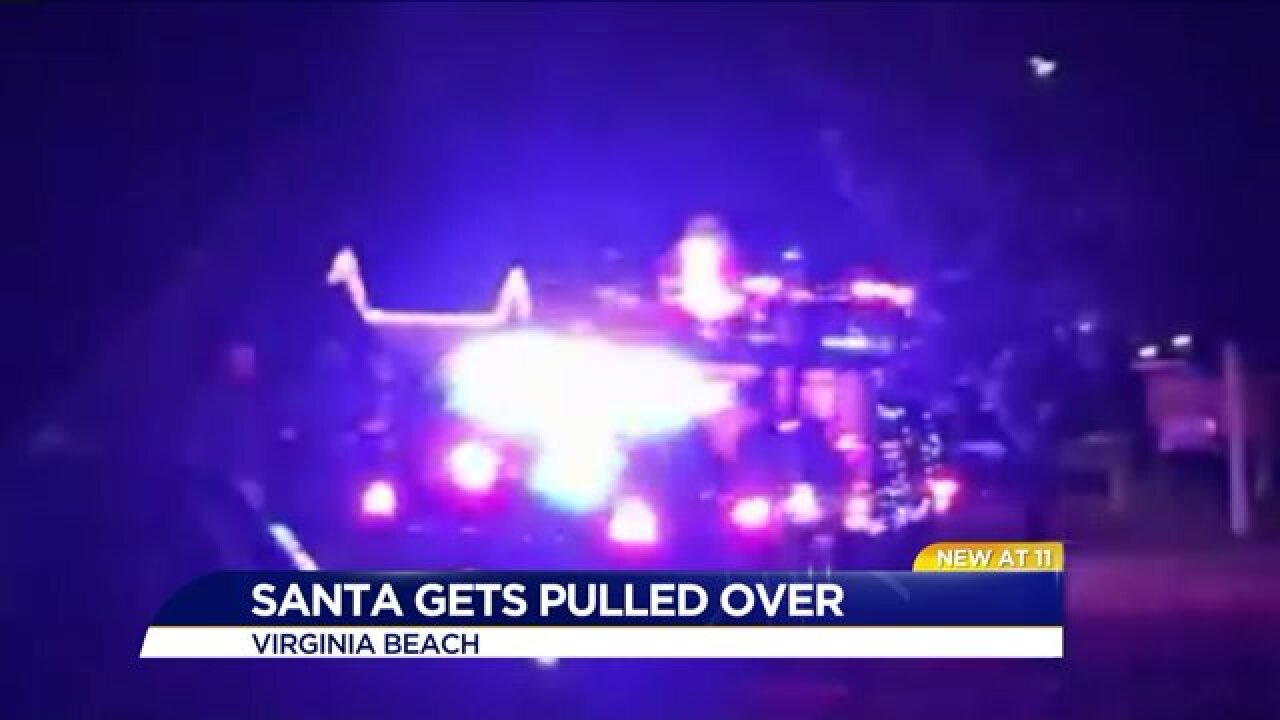 VIRGINIA BEACH, Va. - Santa Claus got pulled over on Saturday night, according to neighbors in the Chimney Hill area.

Santa was in the back of a privately-owned retired firetruck greeting children in the neighborhood when neighbors say police pulled the truck over after complaints about the sirens. The truck was using sirens to alert children and neighbors that Santa was passing by. Police told the truck to stop using the sirens, effectively ending the event, according to neighbors.

"We pulled over and I'm like, 'You pulled a firetruck over with Santa Claus on top. What's going on?'" Jasen White says he asked the officer. White was driving the truck. "The whole purpose of what we were doing was just to make the kids smile. It wasn't meant to disturb anybody."

White says the event had been planned for months and was advertised through the Chimney Hill Community Association. An ad is still listed the association's website. Once the sirens stopped, White says children didn't know Santa was coming by as the cold weather kept many inside their homes.

Several families missed their chance to see Santa, including the Jones family. "I think it's ridiculous," said Richelle Jones, a mom whose two kids were waiting to see Santa, but never did. "It's absolutely ridiculous. There are so many children in this neighborhood."

White says he was told they didn't need a permit as they weren't stopping in the roads. He has a message to the neighbors who complained. "It was two hours out of your Saturday evening the weekend before Christmas. Was it that bad? Was it really that bad?"

After compliance, Virginia Beach police did not issue the driver a ticket. 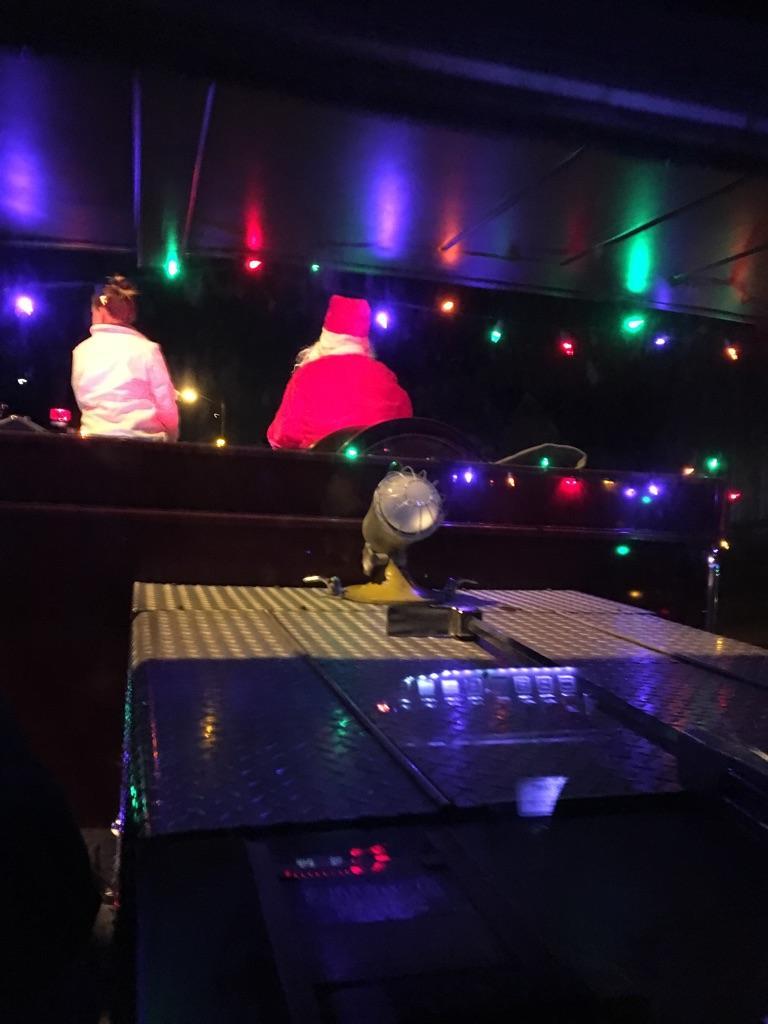