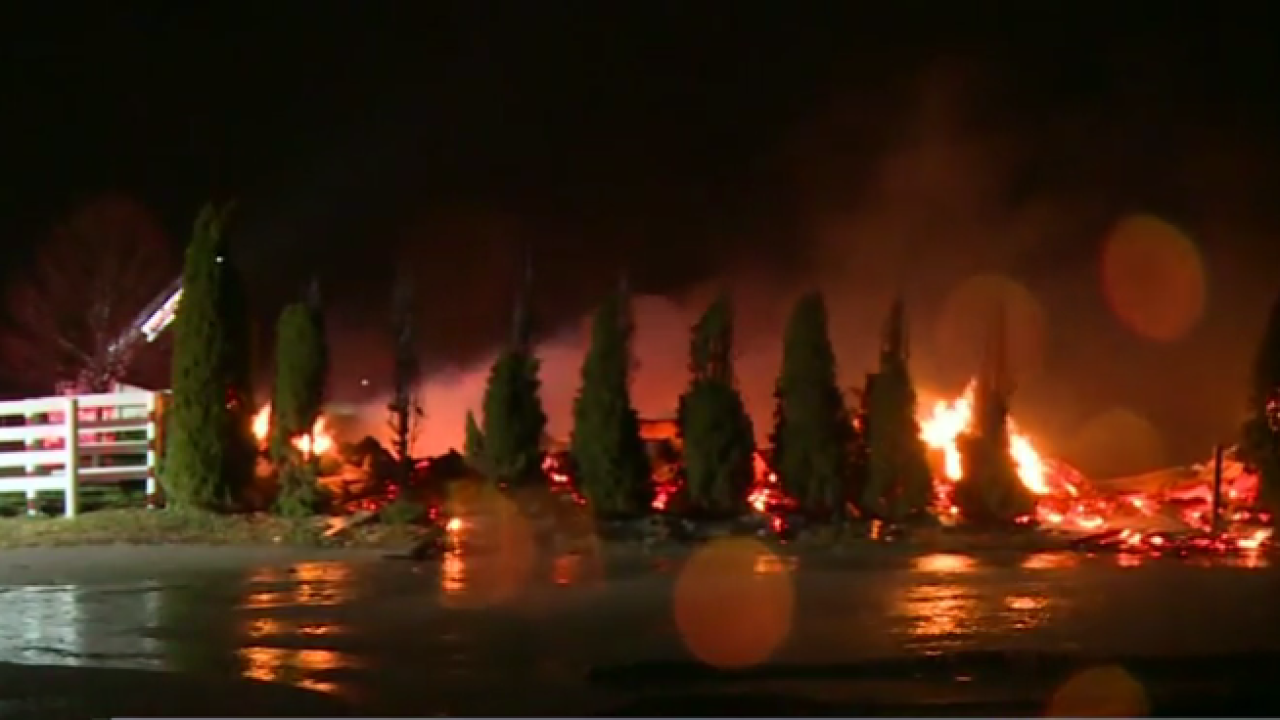 A fire at an equine center in Lexington, Kentucky, has left 23 thoroughbred horses dead, including a racehorse that had recently won a $100,000 stakes race and another that had been scheduled to race Monday, according to the property’s owner.

Owner Eric Reed said he and two colleagues were able to save 13 horses from the fire, which engulfed a barn early Sunday morning.

Most of the 36 horses in the barn at Mercury Equine Center were yearlings, meaning they were in their second year. The center has three barns total and more than 100 horses.

The barn had already collapsed when firefighters arrived, according to Reed. He also said it took fire crews more than 30 minutes to arrive.

“While we were waiting, we were in the barn, running in the flames and smoke, saving horses,” Reed told CNN. “I think we would have saved a lot more horses if they’d gotten there in a more timely manner.”

Reed said it will cost about $1 million to rebuild the barn and another $100,000 to $200,000 to replace supplies and equipment. He said he could not put a price on the horses lost.

The cause of the fire is still under investigation, according to Lexington Fire Department Battalion Chief Joe Best. One possible clue is that there were lightning storms in the area at the time of the fire, he said.

“We are looking into every possibility,” he said.

Friends of the Reed family have set up a GoFundMe account to raise money for equipment, such as blankets and halters, and care of the surviving horses.

“All funds raised will go towards replacing urgently needed equipment lost, medical needs of the horses, hay and straw,” its page says. “Thank you very much as any amount will help get these horses the urgent care they need.”

Mercury Equine Center trains and ships racehorses to tracks around the country, according to its website.